UMBRA # 3 !! - 2021 has been slowly dragging its feet, but it's already hurt from the past. Looking into the future is not just a necessity or even an act of hope. It is compuls...

UMBRA # 3 !! - 2021 has been slowly dragging its feet, but it's already hurt from the past. Looking into the future is not just a necessity or even an act of hope. It is compulsory. Umbra will grab the future into the present.

Some of you have already entered the Umbra universe. Others are only ready to dare now. Umbra is an anthological publication of comics exploring genres such as science fiction, weird fiction, noir romance, and futuristic, apocalyptic dystopias. The first issued came out in 2019 at the International Comics Festival of Amadora, along with a stand-alone graphic novel, Selva !!! Issue 2 came out already during the pandemic, and we still have not given up. But we need your help to plow through. Issue 3 is going to be a blast, so hop along on this adventure with us.

NOTE: All materials are published in Portuguese. We will provide translations of the stories under request. An English edition of Umbra may happen in the future.

Many readers chose either the pre-sale campagin or even subscribed to the ongoing series. The present crowdfunding campaign will consolidate our brandname and trust.

In order to launch of the campaign, we will be revealing some info about the contents of issue 3.

The format and page count (112) remains, in the purest black and white. The 5 stories are as revealing of our present time as they're prescient.

The big reveal of this issue is David Soares's return to comics. One of Portugal's most celebrated comics scriptwriter (and novelist and artist too), he is back with an absurd black fantasy of contemporary inanities. At the helm of the drawing table is the veteran and editor of this very project, Filipe Abranches:

The plot of “Edible Intentions; or Nova Tábua de Cebes ”develops in an indeterminate dystopian future, in which an unspecified event flattened the entire orography, making all mountains disappear. As a consequence, vertical construction became difficult, to say the least. In this context, a successful entrepreneur uses his fortune in search of what could be the last mountain in existence, making this search an obsession. However, the last mountain will present itself as a much more dangerous challenge than expected and inside it may be the destination of the last days of the world. A surreal nightmare - or an allegorical portrait of today. 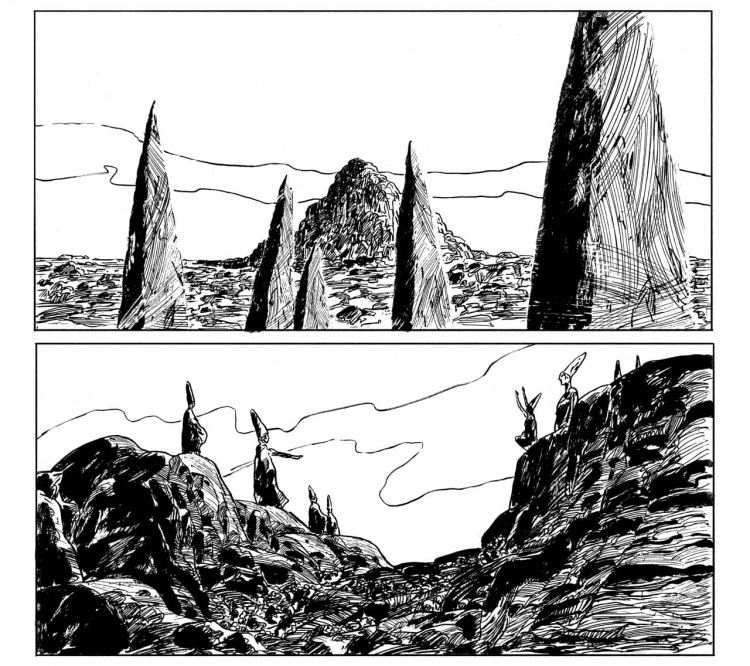 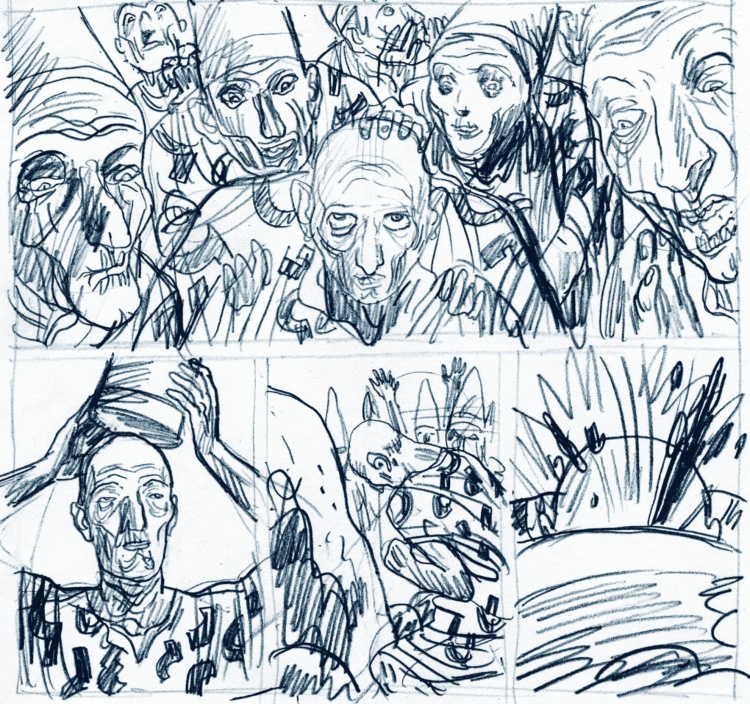 A castaway and a talking gorilla are trapped on an island. Their friendship is sound, sources of entertainment are constantly being discovered, and surprises are consistent. Even if there was a chance for it, who would want to give it up? Still, Simon Roy seems interested in exploring the elasticity of these relationships. What is more important: strengthening friendship ties or accepting different wishes? 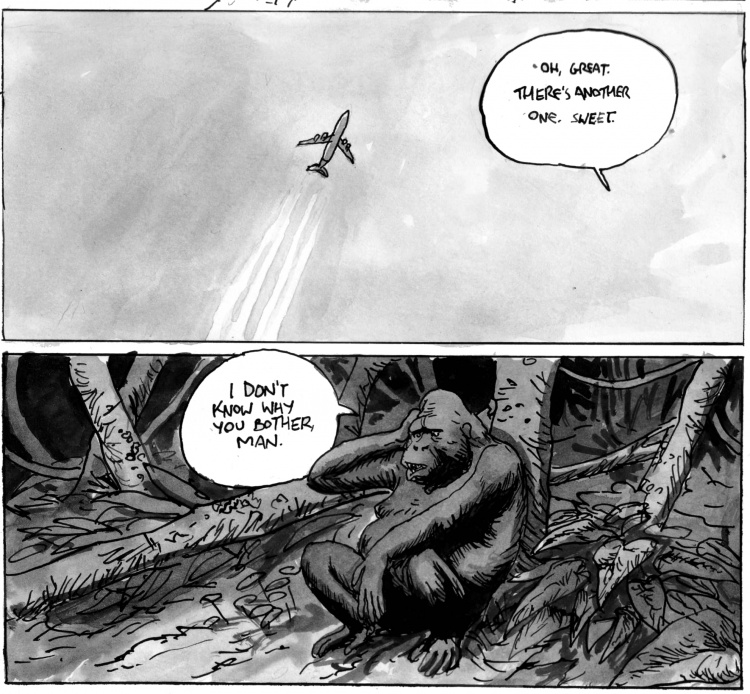 All technology is bound to become obsolescent. We can dream of whatever we wish that is yet to come, but even those miracles of the future could be the rejected garbage of another, even more distant tomorrow. A product that has no economic benefit can be redeemed for other purposes. Are conscience and freedom some of those purposes? A stochastic encounter between a young man and a robot. 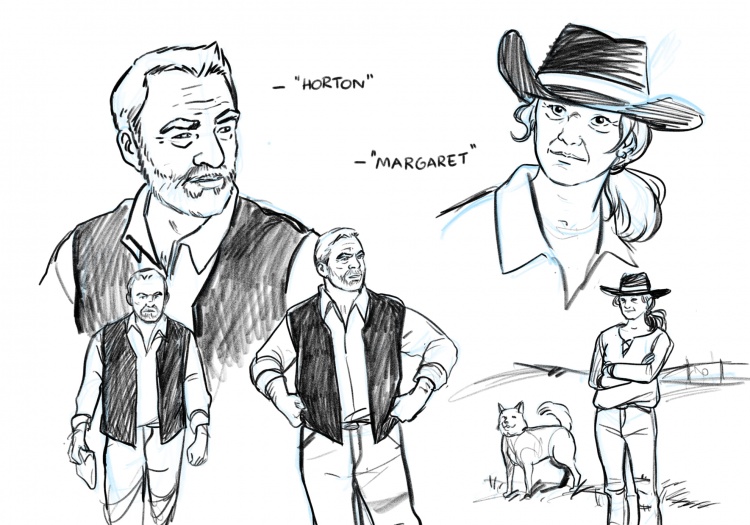 Pedro Moura and Ricardo Baptista, “Weep me not dead”

One of the legacies of the Enlightenment project is reason. A tenet of the European-centered, industrial and capitalist civilization is that there is an everlasting and constant progress, that becomes evermore just and balanced. We firmly believe that a good society should be presided by reason. Organizing life according to such a principle will surely lead to a better realization of human social and moral potential. Even individual happiness, frankly. That's it, right? Right? 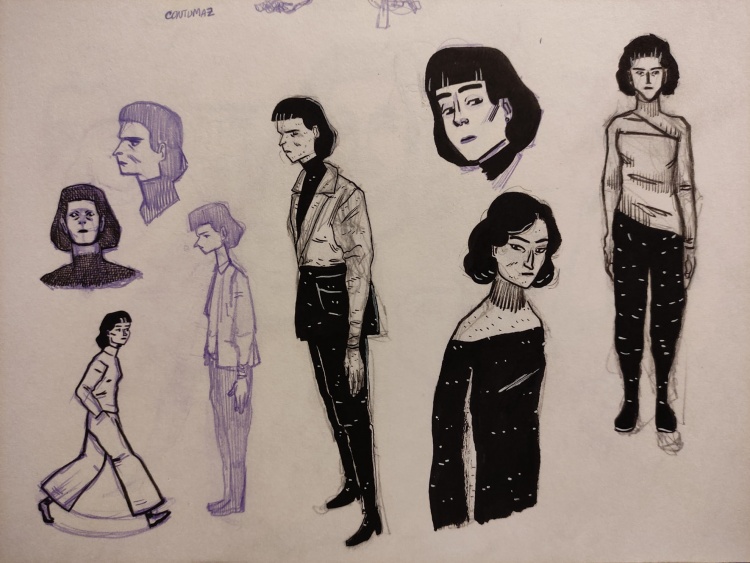 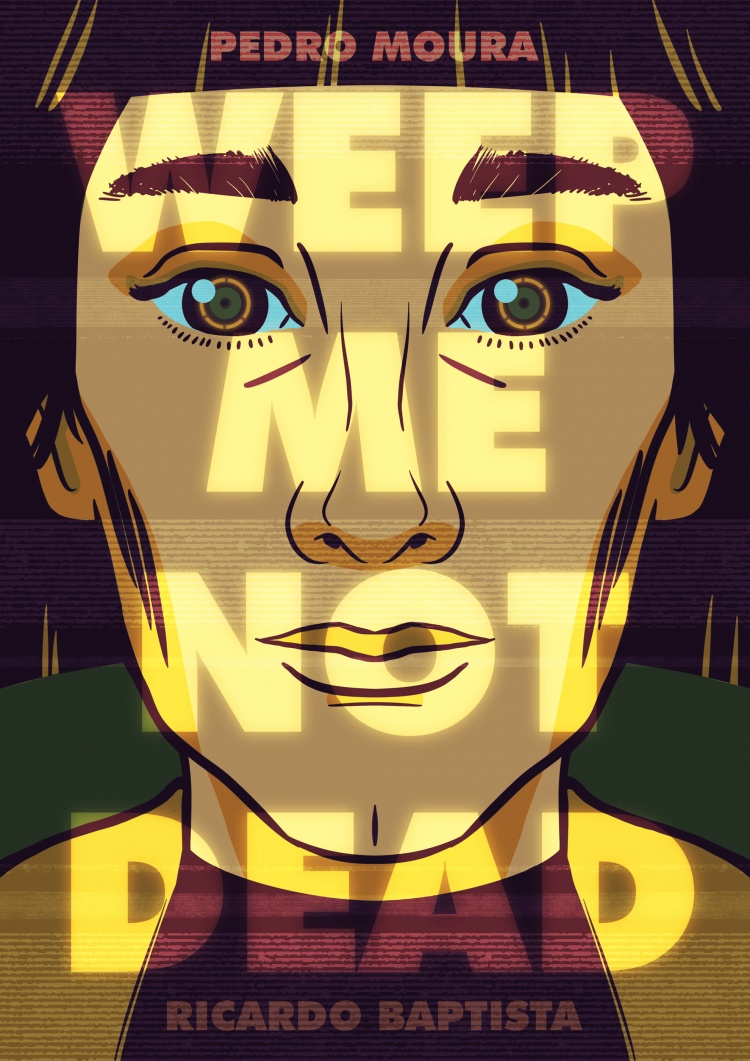 In a narrative of alternative historiography, an element of the security forces is lost in the conspiracy plots that are woven near an immense and mysterious Tower, erected in Lisbon in the 1980s, buffeted by a pandemic and climatic cataclysms. A furious clash between the speculative fiction of the almost already tomorrow and the delusion of the yesterdays that never were. As of yet. Under the eye of the Tower, the wait... 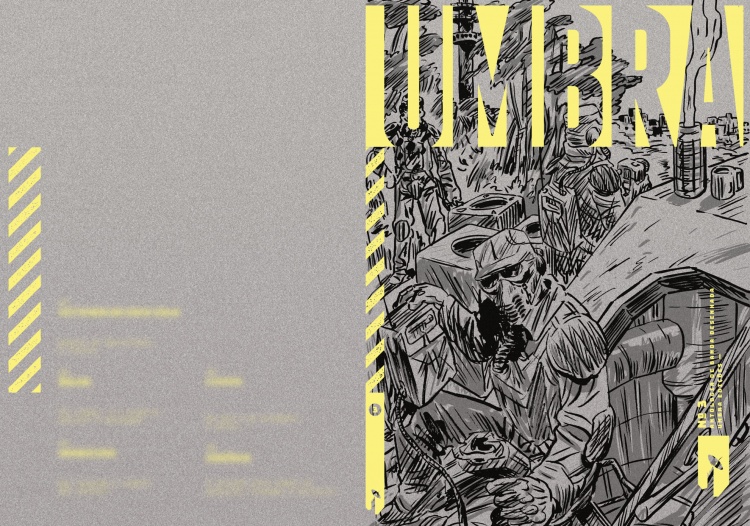 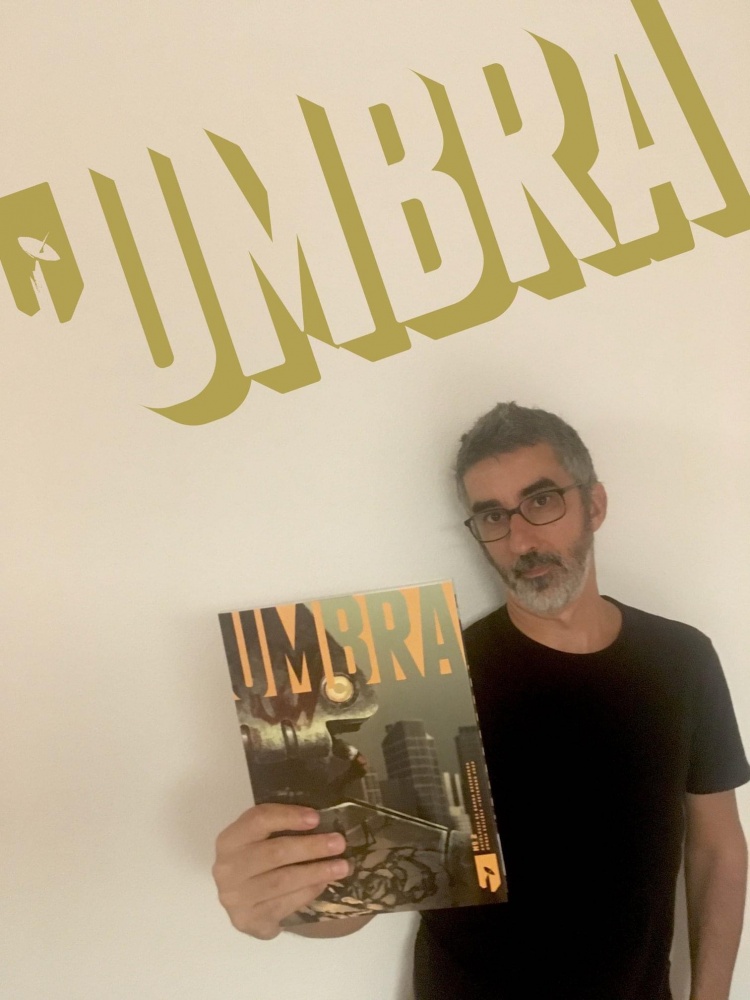 Filipe Abranches (Lisbon, 1965). Graduated from the Cinema Course of the Escola Superior de Teatro e Cinema (ESTC) with a Directing degree. Lecturer at  the Illustration / Comics department at Ar.Co. He was a teacher at ESAP / Guimarães (Escola Superior Artística do Porto - Pólo de Guimarães) between 2006 and 2008, where he was the coordinator of the first Master degree course in Illustration in the country. His first professional comics were published in the LX Comics magazine in 1989-1990. He was an illustrator for the weekly Expresso but also published illustrations in other newspapers such as Público, Le Monde (France), O Independente and Jornal I. Highlights of his graphic novels titles include História de Lisboa, O Diário de K. and Solo . Between 2006 and 2018 he was an animation director, with up to 4 short films under his belt.

Since 2019, he has been the editor of the UMBRA project, which put out two collective anthologies and a new solo graphic novel: SELVA !!!. He shares his editorial duties in Umbra with Pedro Moura, without relinquishing his role as an active author.

The goal of UMBRA for this 3rd issue of the anthology is 1900 €, in order to produce it. This goal will help us to reach the minimum print run of 500 copies.

This issue will uphold the formal characteristics of the previous issues. Dimension: 270 mm x 190 mm (height x width). 112 pages. Printed in black and white on 120g IOR paper, with color cover with 260g and 80 mm flanks, laminated. Signatures sewn and glued to the spine with hinge. Retail price: 12,50 €.

In regards to the rewards, as explained in this section, we have fixed offers: prints signed by the artists and originals to be chosen in a limited number. In the event that the offer materials are limited to the available stock, we will point out this difference. We will always try to accomodate adherents through all our communication channels.

Shipping is free within continental Portugal. Shipments to other locations will be calculated on a case-by-case basis. Contact us through umbralivros@gmail.com .

We are experienced in pre-sales business and assure timely deliveries with maximum security.

The campaign limit is June the 30th. UMBRA will arrive with the summer, when we will also return, we believe, to comics-related events, fairs and festivals. An official, public launch is already under consideration by a major festival, which will happen no later than Septemper 2021.

We assure you that all copies will arrive to subscribers before the official launch.

However, we cannot forget the entire production chain. During the months of March and April, we will continue to disseminate and promote the new publication through our own social media, and from our friend's. Stay tuned for some streaming sessions and teasers. In June we will make public pre-presentations with authors and editors, already with the model of the object. In July Umbra will be printed and throughout the Summer sent to subscribers and supporters.

You have 3 months to support Umbra # 3 in any way you can. Your strength is our strength!

Come along on this journey, following its production step by step.

Later, you can join the final party, wherever it will take place. Bring us your copy and ask the authors for a scribble in person.