Jungle!!! is the remastered and improved version of the graphic novel Selva!!! by Filipe Abranches. Join now to this adventure.

Jungle!!! is the remastered and improved version of the graphic novel Selva!!! by Filipe Abranches. Join now to this adventure.

Jungle!!! was the second title by the young UMBRA publisher. It's a soap opera with posing dolls, comic book memories, childhood toys and a lost panel. But now, with your support, it can be reborn in a new format, valuing the art of its interior. It was an old dream this one, to bring readers a book that was not possible to achieve at the time. We will now have an edition in English, 19x27cm format, as a counterpoint to the original 16x24cm, with a cover in fantastic vintage colors and an interior in two colors.

In this way, the pages gain more breath and the contrast between the black and the Teal plot (navy blue) gives us a new dimension. With the support of DGLAB, to encourage the translation of Portuguese works abroad, we want to obtain extra funding for an edition with certain characteristics. Accompany us in this dream! We want to repeat the success of our first PPL campaign, which was UMBRA #3. 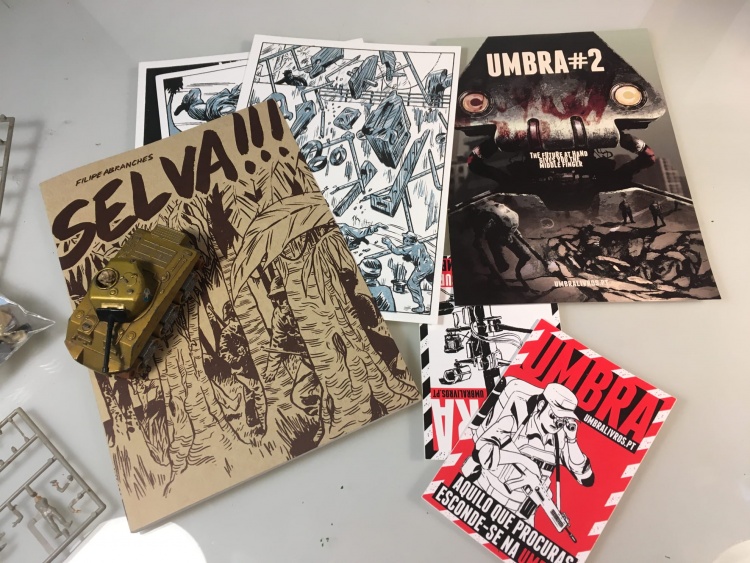 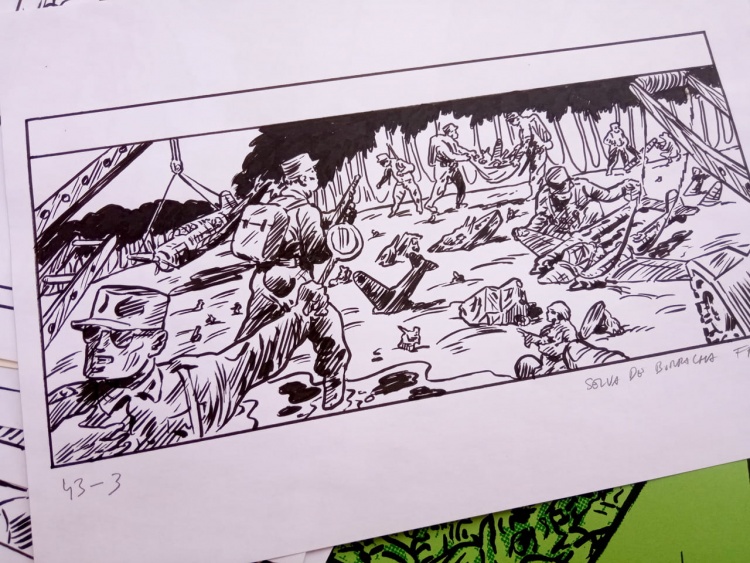 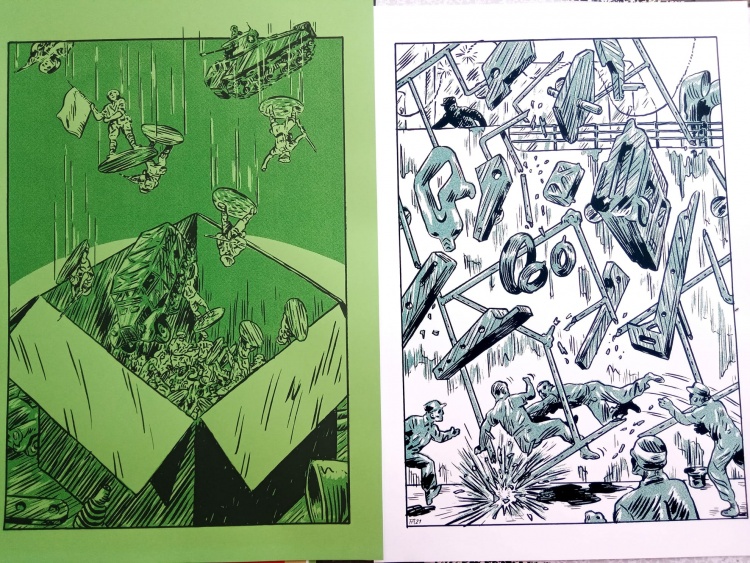 Filipe Abranches (Lisbon, 1965). Degree in Directing from the Cinema course at the School of Theater and Cinema (ESTC). Professor at the Illustration/Comics department at Ar.Co. He was a professor at ESAP/Guimarães (School Superior Artística do Porto – Pólo de Guimarães) between 2006 and 2008, where he was the coordinator of the first Masters in Illustration in the country. He started his activity in comics at LX Comics magazine in the early 90's. He was an illustrator for the weekly Expresso and published illustrations in several newspapers: Público , Le Monde (France), O Independente and Jornal I . The following published comic books stand out: História de Lisboa, O Diário de K. and Solo . Between 2006 and 2018 he was an animation director.

Since 2019 he has been the editor of the UMBRA project, with two edited collective anthologies and a graphic novel: SELVA!!!, of his authorship. He divides his work between coordinating the publishing house with Pedro Moura, and at the same time producing comic books.

We intend to add 1500€ to this campaign. The platform commission fees will be €138.38. That's €1361.63. We have a printing cost of 1090 euros. 19x27cm format, two-color interior, 4-color cover with flaps and plastification. Shipping of the edition from abroad: 300€. Circulation: 500 copies. It will be the same 64 pages as the original edition, only better! Jungle!!! it is ready for printing, since only the files had to be adapted. It is translated into English. Taking advantage of the Polish edition that will be out soon, the files were only changed in the text. As an edition supported by DGLAB, which initially supported this project, we will thus be able to cover the remaining expenses related to translation and copyright royalties. The final price will be around €11.

For those who already know UMBRA, the publisher of this work, you will be aware of the various materials that we have made available with the books. This has happened directly at fairs or by mail. Thus, the rewards that go along with this campaign will be the same type of graphic materials: signed and certified silkscreen posters, digital postcards and risography, and of course, the originals.

We hope to have the books in Portugal at the end of September, so it will be a short campaign. But we want you to reserve your things now. Printing will take place at the beginning of this month. The first shipments of books and rewards will be throughout the beginning of October. The book will hit bookstores this month, with release in the next Amadora BD. Supporters will receive books by mail before the event.

All shipments of books and postcards are free for mainland Portugal. Shipments to other locations will be calculated on a case-by-case basis. Contact us at umbralivros@gmail.com. For posters, we will see the best way to send them or arrange it for hand delivery whenever possible. Books will be autographed. Eventually, at planned events, you'll be able to bring it and ask for a personalized design.

We have 1 month ahead for the campaign. We are counting on you, see you soon!

"To my parents, who bought me all those small bags filled with comics at the beach’s kiosk. And to Buck Danny, from who I stole many panels for this book."
Jungle!!! is the remastered and improved version of the graphic novel Selva!!! by Filipe Abranches. English, 19x27cm, full color "spreaded" cover, 2 color inside! Get your level, and pick your prize!

11 members of the PPL community
support this campaign