O Sarilho is an action sci-fi comic about future romans who are dispatched on a mission to recover the remains of an ancient satellite... But end up finding much more than that.

O Sarilho is an action sci-fi comic about future romans who are dispatched on a mission to recover the remains of an ancient satellite... But end up finding much more than that.

A satellite crashed in Lusitania, in enemy territory. A small team - the Hunting-Shooting Reconnaissance and Recollection platoon - is sent on a mission to retrieve it ... Upon their arrival, however, they discover that the satellite was not the only thing crashing in Arouca after all. And that other thing - whatever it is - is alive.

The second volume follows the RRCC squad's adventure after the awakening of the creature that crashed along with the satellite. This creature is hardly the biggest of their problems: with the Lusitanians as their enemy, who are much more familiar with the terrain, the only viable strategy is to retreat. After this difficult mission, Captain Kirchhoff has to deal with its consequences and with the discovery he made - not only on a personal level, but also as to what it means to the Empire, and to Humanity. After all, there is never a shortage of people willing to write their name in the history books with blood. 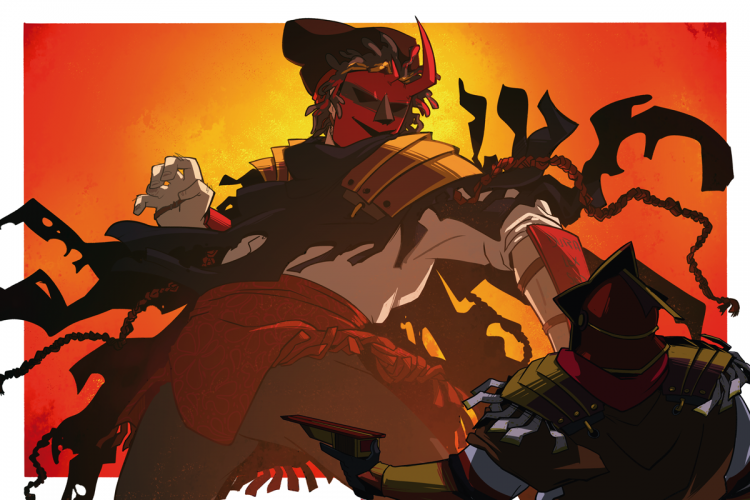 As a webcomic, O Sarilho was designed first and foremost to be read on a screen, which you can make for free at https://www.sarilho.net/en/. This second volume has the third and fourth chapters: From Bad to Worse and Conversations in Ash, covering the conflict with the enemy, the withdrawal from Lusitania and the consequences arising from the mission. These chapters have been published (and still are) between March 2018 and May 2020, at the rate of one page per week (but occasionally more!). Although the digital medium is the medium for which the comic was made for, one cannot neglect the value of having things in a physical format: which is why printing is important! As publishing things alone is still a laborious and expensive process, this campaign is exclusively aimed at raising funds to print the largest number of copies possible. There are many comic book lovers out there, after all!

You who know me from the internet already know that I usually go by Shizamura and I don't often share many personal details. I'm one of those people who believe a story should stand on its own. But for those who really want to know a little bit about me, here's the short summary:

I live by the sea, but I like the mountain, the river and windmills. During the day, I talk to computers. At night, I write and draw (I do comics!), which I publish online since 2016. Sarilho is a very lonely job, but fortunately more and more friends have joined.

The production work for this volume is already complete, and prints have been proofed! This means that as soon as the campaign's over, I can move on to the next stage: printing! Based on previous printing experiences, and because things sometimes go wrong, I estimate printing to take between one and two weeks. Afterwards, rewards will be sent to supporters (first here in Portugal, and then to all of you out there).

The funds will be distributed as follows:

The main goal is, of course, to print as many copies of the book as possible. Even so, as shipping rates between Portugal and abroad vary widely, the calculation of this expense has been rounded up. Any remaining money will be used for extra rewards!

Hello there, long time no see! ☆ I hope everything is going as well as possible with you! It's been two years since you supported the PPL crowdfunding campaign for O Sarilho ...

Good news everyone! :D Sorry it took me so long to get back at you, but there were some issues during the book production. But fear not! Everything has been fixed and the boo...

Campaign is over! And we're funded!!

Hi everyone!! This book is going to happen and it's all thanks to you :D I have no words to describe my excitement! I'm currently looking over the numbers to check how man...

Hi everyone! :D First of all, thank you all very much for your support! This campaign is now funded! But we still have a few days to go and I want to keep things spicy for al...

Hello there, long time no see! ☆

I hope everything is going as well as possible with you! It's been two years since you supported the PPL crowdfunding campaign for O Sarilho Volume II and I've got some news for you: there is now a Volume III!

I'm running a campaign for its crowdfunding on https://ppl.pt/en/sarilho3, and once again I'm ready to print in Portuguese and English and ship worldwide. The book looks great, btw, I'm really proud of how it's been coming out. It's also quite ahead of the webcomic, and you'll be able to read the entire sixth chapter and a few neat extras! Please consider adding it to your collection!

Best regards and thank you once again for your support,
Shizamura

Sorry it took me so long to get back at you, but there were some issues during the book production. But fear not! Everything has been fixed and the books have been printed and they look amazing! I am finalizing the work on the extras booklet and soon I'll start shipping these babies for you all.

(I have a picture of some books: https://ppl.pt/sites/default/files/comments/books_books_books.jpg)

Campaign is over! And we're funded!!

This book is going to happen and it's all thanks to you :D I have no words to describe my excitement!

I'm currently looking over the numbers to check how many copies I'm printing and moving. While I work on that, I urge all supporters to please fill this form: https://forms.gle/W5WVRSFG5xLe1WmV9. Here you will able to specify your address, in which language you want your rewards to be, and which keychain you'll get (if you want one, of course!).

Thank you once again everyone, and let's get this printed! ☆

First of all, thank you all very much for your support! This campaign is now funded! But we still have a few days to go and I want to keep things spicy for all of you. Therefore, if this campaign reaches 130% of its goal, I'm going to add a small booklet with extras pertaining to O Sarilho's worldbuilding and some curiosities (maps!) to everyone's rewards.

This is gonna be fun.
Thank you all ♥

54 members of the PPL community
support this campaign