Recording of the cd "pessoa" by pessoa trio

What is "pessoa" project?

This project consists of recording a cd entirely dedicated to Portuguese music written for piano trio. The pessoa trio is the project’s promoter and consists of João Crisóstomo (piano), Otto Pereira (violin) and Raquel Reis (cello). The pessoa trio is a group of young and open-minded musicians, who identify themselves with various musical styles beyond the world of classical music. The “pessoa” project is a portrait of the pessoa trio, exploring works of very different kinds of Portuguese music to which the trio feels connected. The pessoa trio will record works by António Fragoso (composer of the early twentieth century), Vasco Mendonça (contemporary composer) and Mário Laginha (pianist and composer, jazz man). By the latter, the trio will record the premiere of a piece composed specifically for this project. Furthermore, the trio will record arrangements of Portuguese popular music, composed by the musicians of the group themselves. The project will also count on the participation of musicians such as Pedro Jóia (guitarrist) and Ricardo Ribeiro (fado singer), both as musicians and arrangers.

The cd will be recorded in early August and released in the Autumn, at which point the rewards will be sent. 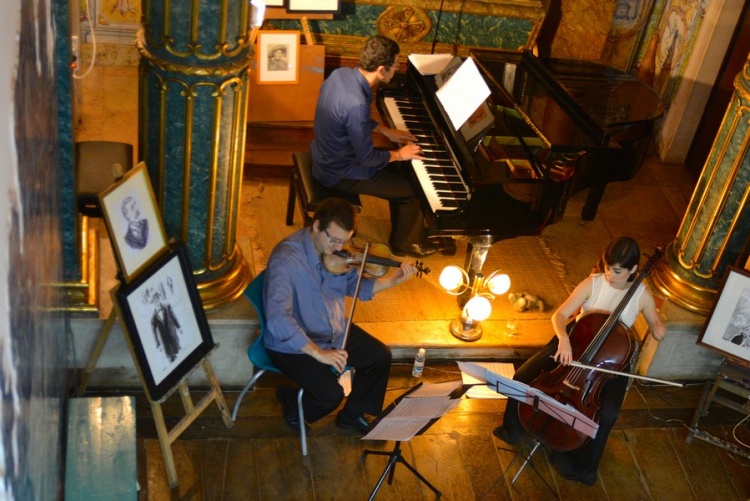 This project consists in recording Portuguese music written for piano trio from the early twentieth century to the present day. As a representative of Portuguese music written before the XXI century, the pessoa trio chose the "Piano Trio in C# minor”, by António Fragoso (1897-1918). Written in 1916, this trio is one of the greatest works written by the composer and has a very romantic and contemplative style.The pessoa trio will also record the work "Drives" by Vasco Mendonça, one of the most representative composers of the current generation of Portuguese musicians: "Mendonça is a genuine artist, whose work displays a high level of craftsmanship and a fine aural imagination" (George Banjamin). It is a piece written as a young composer, and not yet recorded on cd. In premiere, the pessoa trio will record a piece by Mário Laginha recently composed for this project. Finally, the pessoa trio will create its own arrangements, with the goal of bringing together the worlds of popular music and classical music. The pessoa trio seeks to increase the value given to their roots and democratize classical music. The pessoa trio shall be joined the Portuguese fado singer Ricardo Ribeiro and by the Portuguese guitarist Pedro Jóia.

The pessoa trio is a violin, cello and piano trio and it was born from the common passion of it's musicians for chamber music. The main goal of the pessoa trio is sharing with the public this great music and bringing it to a wider and more varied audience, not confining it to the halls of traditional venues. The pessoa trio has performed in concerts in the Music Season of the Azores in 2010, having also played in Lisbon and being distinguished with a honorable mention at the International Chamber Music Competition in Alcobaça. Aiming to think the piano trio in the light of our days, the pessoa trio would like to reflect about the potential of this genre that could perhaps exceed the boundaries of classical music, providing new approaches and new languages. 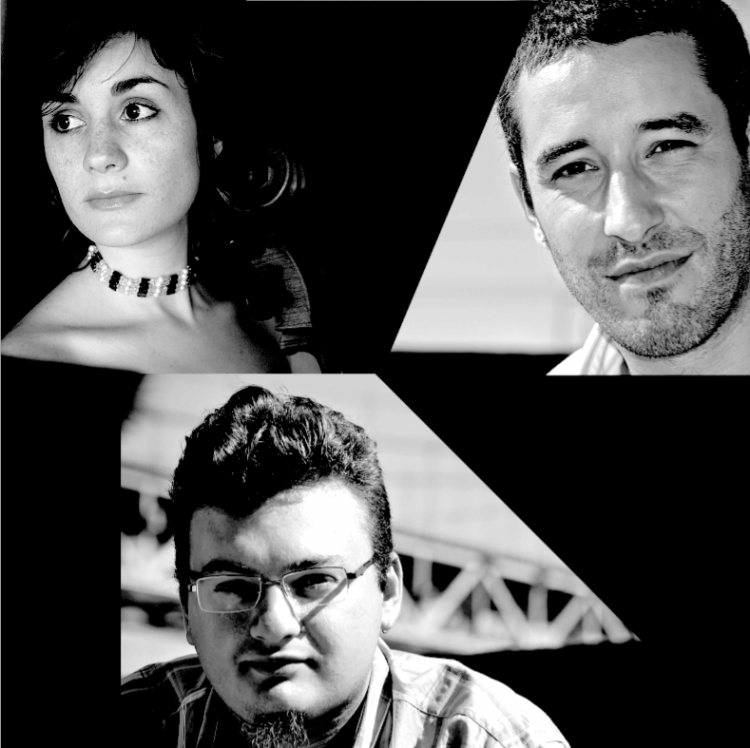 Otto Pereira, violin, was born in 1983 in Sofia, Bulgaria. He started his musical studies with his brother Emilian Petrov. He studied in Conservatório Regional do Algarve with professor Rui Gonçalves and in Academia Nacional Superior de Orquestra with professor Liviu Scripcaru. In 2005 he won the Young Musicians Award (Portugal) and the Maestro Silva Pereira Award. In 2011 he was awarded the First Prize and the Audience Award at the 13th Estoril National Competition(Portugal). Otto worked with the European Union Youth Orchestra and is part of the Gulbenkian Orchestra since 2007.

Raquel Reis, cello, began her musical studies in Oliveira do Bairro. She studied in Calouste Gulbenkian Music Conservatory of Aveiro with professor Isabel Boiça and in Academia Nacional Superior de Orquestra (Lisbon) with professor Paulo Gaio Lima. She was awarded the First Prize at the Caldas da Rainha Music Competition, "Samuel and Elinor Thaviu Endowed Scholarship Competition in String Performance" (Northwestern University) and "Winnetka Music Club Scholarship". In 2007, Raquel completed the Master in "String Performance" at Northwestern University School of Music (Chicago), with Hans Jensen, with distinction of "Honors". She is part of the Gulbenkian Orchestra since 2007.

João Crisóstomo, piano, born in Lisbon, began his piano studies with Aurélia Bastos. He studied at the National Conservatory with Ana Sousa Lima and at Escola Superior de Música de Lisboa, with Jorge Moyano. In 1999 he moved to Düsseldorf, Germany, where he continued his studies at the Robert Schumann Hochschule, with pianist Roberto Szidon. João has a Master degree in Musical Arts, awarded by Universidade Nova de Lisboa in 2009. He is a professor at Escola de Música do Conservatório Nacional and at Escola de Música de Nossa Senhora do Cabo.

This crowdfunding campaign aims to cover expenses with sound engineering and recording equipment, music production, piano transporting, graphic design, photography and printing cds. The stages of the project are: - Crowdfunding Campaign - Recording of the cd in August 2014 - Public presentation of the cd at the Auditório da Senhora da Boa Nova, Estoril (http://www2.cpestoril.pt/auditorioProgramacao.htm) - National tour in music halls and schools

206 members of the PPL community
support this campaign