Over these 40 years the Victor Jara Brigade edited ten discographic work that will now be gathered and a special commemorative edition.

Over these 40 years the Victor Jara Brigade edited ten discographic work that will now be gathered and a special commemorative edition.

The Brigada Victor Jara celebrates in 2015 its 40 years of career. Founded in 1975, the Brigada was an undeniable pioneer in the recreation of traditional Portuguese music, leading to a movement responsible for the creation of several groups focused on this specific area of music.

During these 40 years, the Brigada Victor Jara has released 10 records, that are now put together in this special and commemorative edition.

This edition is composed of 10 music records as well as a book with testimonials from people specially invited for it, with the goal of sharing their experiences with the Brigada and their view on Brigada’s role in the spreading of traditional Portuguese music. Among them we can see Zeca Medeiros, Carlos do Carmo, Sebastião Antunes, João Afonso, Ivan Dias, GEFAC, Armando Carvalheda, Luis Gil Bettencourt and others. 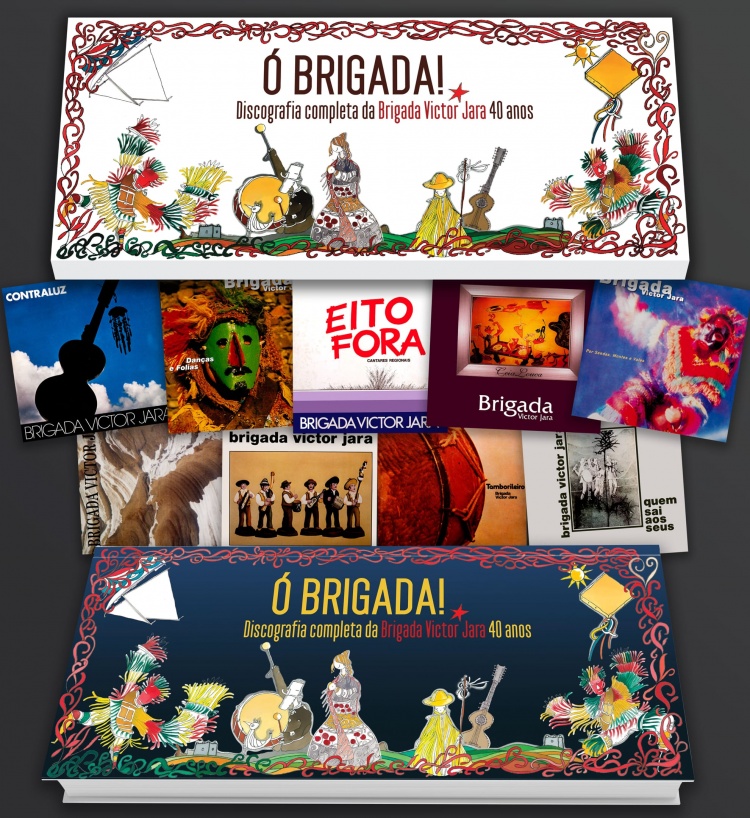 SPECIAL OFFER - CD WITH UNRELEASED SONGS OF BRIGADA VICTOR JARA for those who will contribute with 40,00 € or more

Tradisom has a long editorial background. We can feature some emblematic projects that Tradisom has developed during the years:

A FILMOGRAFIA COMPLETA DE MICHEL GIACOMETTI - The complete filmography of Michel Giacometti, composed of 12 books with DVD and CD.

CAVAQUINHO.PT, CD and book of Júlio Pereira, the portuguese musician.

The sum we are trying to reach does not correspond to the total investment being made for this edition. It is an extra fund that will help us achieve our goal. The intention is to have a collection object, thus they are going to be numbered and autographed by the members of the Brigada Victor Jara. There will only be 1000 editions.

512 members of the PPL community
support this campaign