Eyes on the road, all in thought

When I started running, in 2014, I had never done it in my life. Since then, it has become an addiction. First 3 kilometers, then 5, 10 and so on. Even the first half-marathon was a highlight. Running became an escape, a way of maintaining my well-being, of being able to organize and create new ideas. I lost about 15 kilos and gained an extra dose of comfort and self-esteem.

Until, in 2019, I decided to run a marathon between Cascais and Lisbon. It was one of the happiest days of my life. Waiting for me at the finish line were my children and my wife, an added reason for not being able to fail. For 4h14m I covered the more than 42 kilometers between the start and the finish line, with the conviction that nothing would make me give up. Upon arrival, I cried with happiness, clinging to the loves of my life.

Earlier this year, in a normal workout close to home, I felt a pain in my back that made me stop immediately. The pain was unbearable. I did tests to understand the severity of the injury and the diagnosis could not be more cruel to those who wore running shoes three / four times a week: either stopped, or had to be operated on the spine. The doctor only recommended walking or swimming, but I felt that my spirit and mental health needed something more . 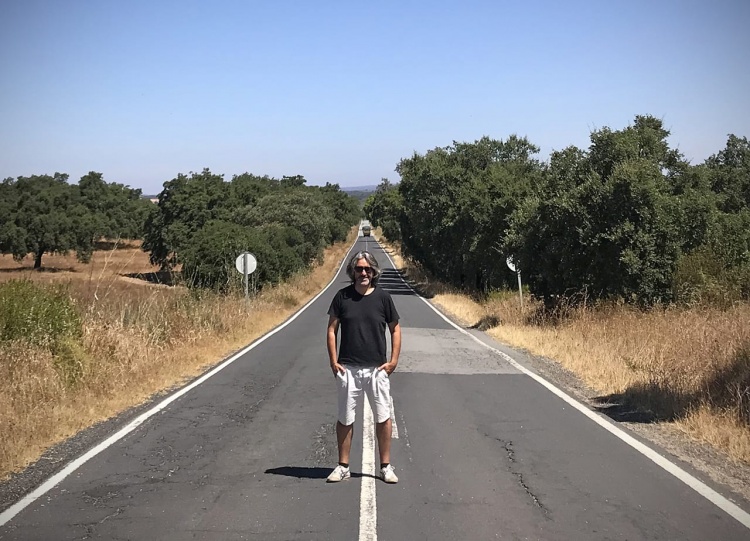 A few days later, I took an old bicycle leaning against the garage and covered 34 kilometers just to clear up. The feeling of freedom and peace of mind returned, despite the need to adapt to living with cars on the road. From then on I was breaking my records , already on a new bike.

I love challenges, I love to overcome myself, I love to fulfill the personal goals that I set myself regularly. And it was during a bicycle training session that I thought of traveling National Road 2 on my own .

When, last year, I traveled by car with my wife over the course of a week, I felt that I was traveling too fast. There is so much to see, so much to photograph, so much to absorb, that since then I felt that those 738 kilometers deserved a new, longer and more introspective visit. The EN2 is legendary for travelers and adventurers like me , who go the extra mile to achieve personal fulfillment and well-being.

If at the time I told the story of that trip on the pages of the Público newspaper ( https://www.rotan2.pt/news/51 ), this time I want to share all my experiences in a 100-page book, in full color. It will essentially be a photographic record of the only road that, crossing the country from one end to the other, encompasses a certainty: in each of the 738 kilometers, there is a constant opportunity to know and reveal many stories. The landscape is changing, but it is mainly people who show how different we are from north to south .

In the middle of a pandemic, in which the Portuguese had to stay so many and so many months closed at home, working and cycling was my way of abstracting myself from confinement. I know that many cannot say the same. One in five citizens considers that mental health has worsened. 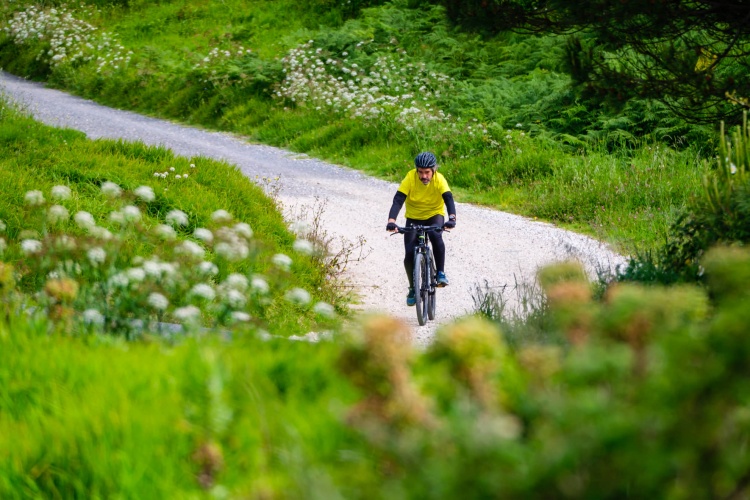 In July I will go on this adventure alone, but in partnership with OLHAR - Association of Social Solidarity for the Prevention and Support of Mental Health - which aims to prevent, protect and promote this area, practicing social prices for those who do not have financial resources -, I want to help who needs it most: children with serious psychological problems, who need permanent monitoring. This is my main mission in this project: to contribute 2 € from the sale of each book to Olhar, so that the largest number of children can have access to psychological care. For every 100 copies sold, I will be able to provide 20 free psychological sessions to the youngest, thus contributing to a better future.

Whether riding the country from side to side depends on me, the future of this initiative depends on us. My eyes will always be on the road, while my thoughts will focus on all those I love and those I will be able to help. "Those who walk alone may even arrive faster, but those who are accompanied will certainly go further".

I was born in Lisbon in 1974, the eldest son of three brothers.

After a happy childhood and a rebellious adolescence, at the age of 20 I entered the Autonomous University of Lisbon, where I graduated in Communication Sciences. In 1998 I completed the Advanced Photography Course at the Portuguese Photography Institute. Then I had to choose: write or photograph. I started as a writer in a curricular internship at Diário Económico, but three months later I opted for photojournalism. I collaborated regularly with several national and foreign publications before working in several newspapers such as A Bola, Correio da Manhã, Sol ei, where I worked as a photo editor.

The passion for training came in 2016, teaching from there several courses in the field of Photography in schools like Cenjor and Etic.

I am the son of Luís and Etelvina; Monica's husband; father of Tiago and Madalena; addicted to books and newspapers; passionate about Photography; tireless traveler; adventurous by nature. After running eight half-marathons, in 2019 I completed the biggest track and field race in 4h14m.

The bicycle is a recent passion, which provides me with emotional well-being, freedom and an increasing desire to overcome myself. In July, I aim to take my camera and travel Portugal from north to south, looking for landscapes, stories and people along the 738 kilometers that separate Chaves from Faro, on the mythical Estrada Nacional 2. 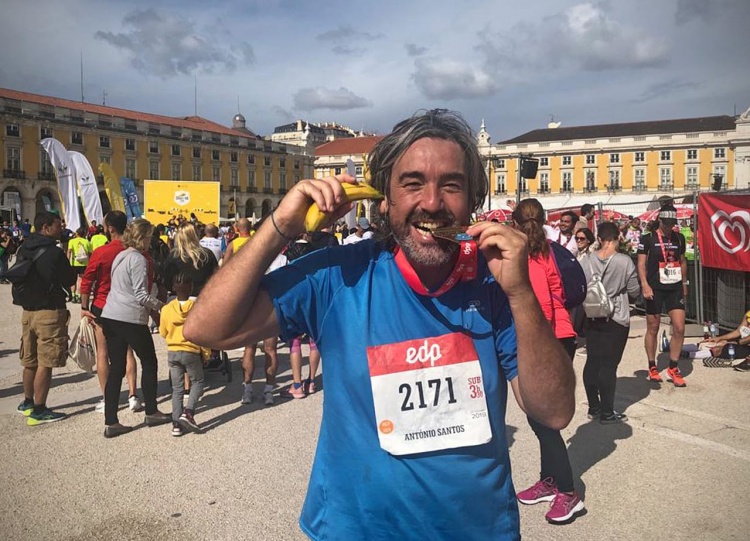 To get on the road in the second half of July and to be able to produce the photo book I propose, I need € 2,500, distributed as follows:

The book will be delivered up to three months after the adventure begins on the EN2.

110 members of the PPL community
support this campaign