After more than a year without being able to work, its time to get back on our feet. For this we need your help to, in a few months, rebuild what had taken 12 years to build and...

After more than a year without being able to work, its time to get back on our feet. For this we need your help to, in a few months, rebuild what had taken 12 years to build and continue to follow our mission.

As is well known, these were and are difficult times for Culture, and especially for small companies and Cultural Associations that do not enjoy any support from the State.

Fixed costs were maintained throughout this year, but revenues were very close to zero. In addition to the shows that we had on stage and ready to move forward and resume their work, they lost their casts due to the withdrawal of our actors, who, due to lack of work, gave up on our projects and in some cases even on the profession. trying to get up almost from the bottom of the well. We have the commitment, the talent, the will to work, but we lack the minimum in terms of funding to move forward.

In that sense we are asking for help, yes, asking for help. Never in life did we think we needed it, but it's the reality we have. Umbigo - theater company, after almost 12 years of existence, without ever needing any financial support, sees itself, for the first time, needing to ask for donations. 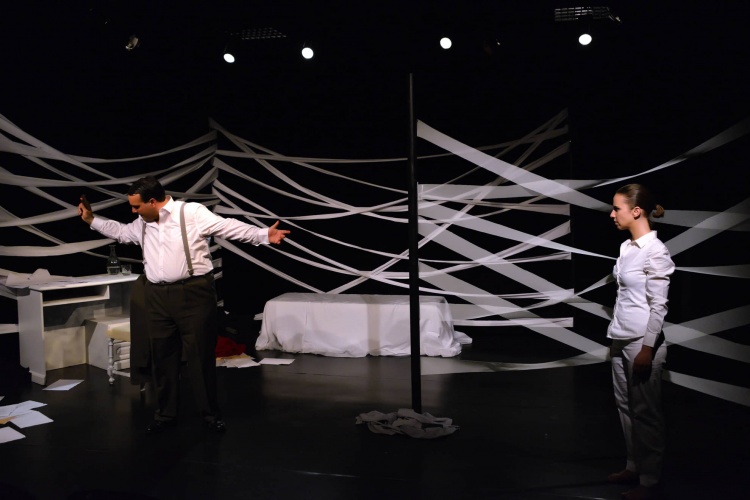 The amount eventually donated will be allocated to the costs of re-staging and re-staging the shows that we already had on stage and that we need to replace for the new academic year, "The girl who hated books" and "A drop in the ocean" and for the production of a new shows for the general public.

As itinerant company that we are, and so that we can continue to take our work throughout the country, as we have always done in our nearly 12 years of existence, we also need to acquire a means of transport for teams and scenarios, it is also for this purpose that your donations are destined, because without revenue it was not possible to keep what we had.

We know that these are difficult times for many, so we ask for support from those who can, knowing that no support is too small (nor too big), and what for some may seem small, for others, especially if replicated by different people and entities, can make all the difference.

All we want is to get back to work with conditions to guarantee the quality as always.

Join our Umbilical Cord, with a help to this campaign! 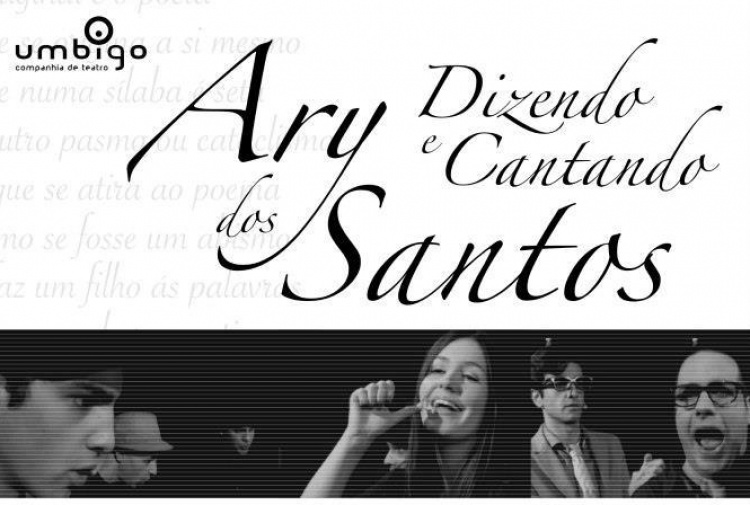 Hi, I'm Ricardo Barceló, one of the founders and Artistic Director of umbigo - theater company.

I've been working in theater for 12 years where I've been working mostly in the projects and direction of the navel theater company, but not only that, I directed works like "QUADROS VIVOS DE CARAVAGGIO" and wrote the text that gave rise to the show by Seiva Trupe in Porto " PEOPLE", staged by Bruno Schiappa.

As a director of the navel - theater company I learned to make omelets only with eggs, inventing stoves and pans, butter and salt. It's to keep inventing these things that this campaign is for.

These have been difficult times for everyone, but not all of us suffer in the same way, not all areas, not everyone within every area. The navel is a small structure, so with a little help from you, I'm sure we'll come back stronger than ever. How do I know this? Because I've been living for this project for 12 years, putting it ahead of my personal career, and sometimes even ahead of other factors in my life.

Right now we need help, as we never needed in these almost 12 years of existence. But I'm sure we'll be able to put the most successful shows back on their feet as a lever to continue the intense and continuous rhythm of cultural production that has always characterized us.

Right now we need help because we were left with no means of transport to the sets and teams, in this purpose that we always had and fulfill (and thus we want to continue) of taking theater throughout the country, from the Algarve to Minho and Trás-os-Montes .

We can guarantee to do this with as little as we ask because we have always known how to do a lot with little, this has always been our policy and we do not intend to change it. That's why we ask for your trust through a help, a donation, so that we can continue our mission of training audiences in children's theater, in street theater entertainment and with a medieval nature, and in the dissemination of the best that our culture. it has, with shows by José Régio, about Ary dos Santos or with stories by Sérgio Godinho,

And all this always with the mission of conveying a message that can be important for those who see us as the fight against drugs in the show "A lua de Joana" based on the book by Maria Teresa Maia Gonzalez, on the promotion of Reading as in " The girl who hated books" or in the dissemination of children's rights as in "Criançópolis.

For all this , join our Umbilical Cord, with a help to this campaign! 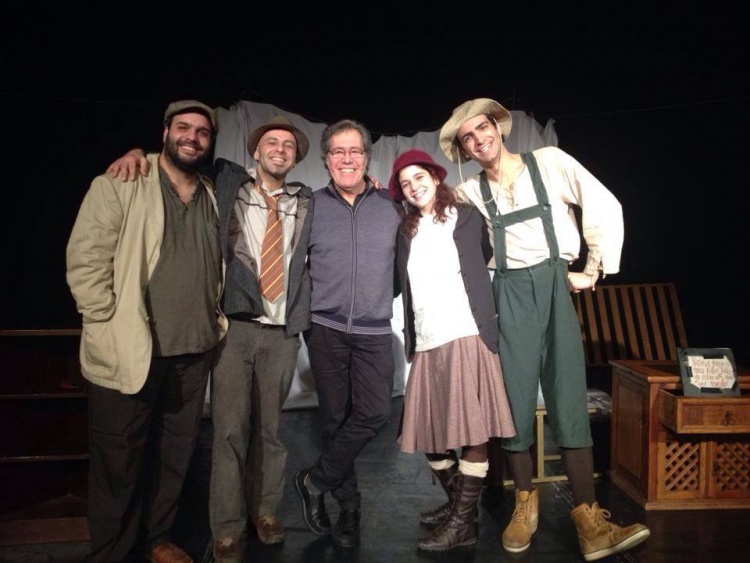 The donations, along with some sponsorships that we are negotiating and some funds that we still have, will allow:

Still in June we will start building a show for the general public based on a text by a great Portuguese author, we will not divulge it further because the secret is the soul of the "business" (yes, in the theater too), but soon there will be news.

Starting in September, rebuild the show "The girl who hated books", which needs to be re-enacted as it has no cast, this being the need to make new costumes or adapt them to new actors, redo or arrange props and arrangements on the set, so that it is ready from the beginning of October.

Starting in October, build the show for Christmas "The day when there was almost no Christmas"

In January we are going to rebuild and remake the show "A drop in the ocean".

Finally, we intend to acquire a transport van for the sets and casts as soon as possible, ideally in October, but it will depend on whether or not we have the funds for that already at that time.

133 members of the PPL community
support this campaign