ONE DAY AT A TIME, by David Machado and Paulo Galindro

The facebook page ONE DAY AT A TIME grew, won followers and friends and became bigger than we ever expected. We now want to turn it into a book and for that we need your help.

The facebook page ONE DAY AT A TIME grew, won followers and friends and became bigger than we ever expected. We now want to turn it into a book and for that we need your help.

ONE DAY AT A TIME - Suggestions, ideas and instructions for those who are closed at home is a facebook page created by David Machado (texts) and Paulo Galindro (illustrations) in the first days of the quarantine as a way to combat creative inertia, isolation social and general pessimism. The proposal was simple: to present, every day, a suggestion of something to do at home. Ideas always closer to poetry than to reality as we know it.

Over the past few weeks, the page has reached a level of popularity that we did not expect and currently has almost 7,000 followers. Our suggestions have been shared thousands of times. With the help of translators, we were able to publish these ideas also in Spanish, Italian and French. The page made news in several newspapers and magazines (Visão, Diário de Notícias, Máxima, Time Out). 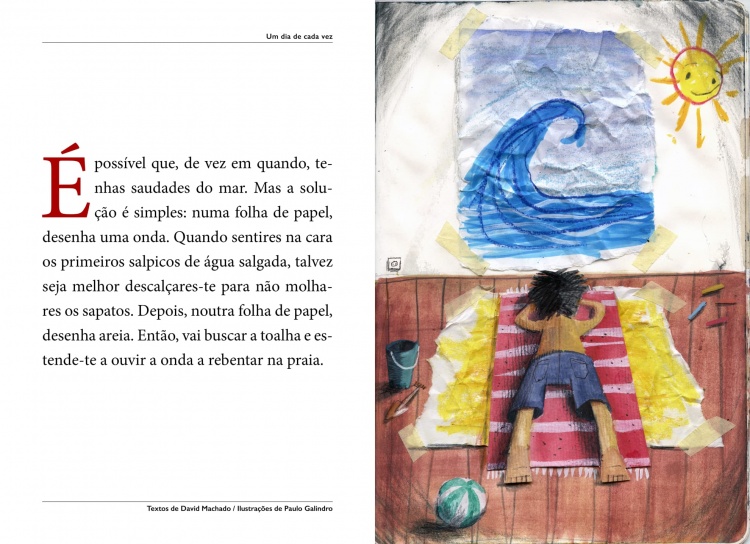 The idea of turning this project into a book came from the readers of the page who, daily, suggested that we do it. The idea grew in us and we really want it to happen. However, at the moment, because of the situation we are experiencing, it is not easy to publish a book: publishers have suspended all editorial projects and many bookstores are closed. A conventional edition is likely to happen, but for that we will have to wait many months. However, we want to immediately publish an author's edition, made in the same guerrilla spirit with which we fed the page for so many weeks, for all the people who have followed and supported us until now.

That support is now even more important. Without your help, it will not be possible to make this dream become true. With the funding raised in this campaign, we will make an edition, of soft cover (with flaps), between 500 and 1000 copies. The book will include the thirty-two ideas that we published on the facebook page, with text and illustration, in a total of seventy-two pages. 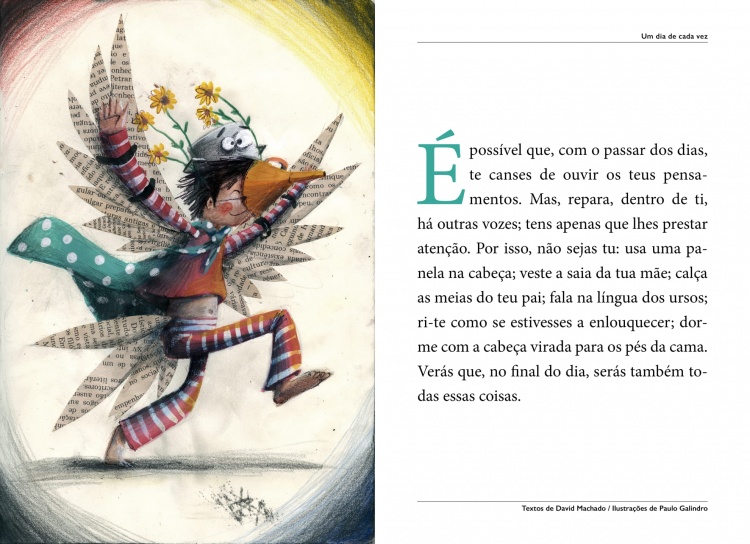 We have been authors of literature for many years. We collaborated on the books "O Tubarão na Piscina" and "Uma Noite Caiu Estrela". The idea of eliminating all intermediaries (publishers, distributors, booksellers) for the first time is both frightening and stimulating. We will be closer to you, readers, than ever before. We hope you share this adventure with us. 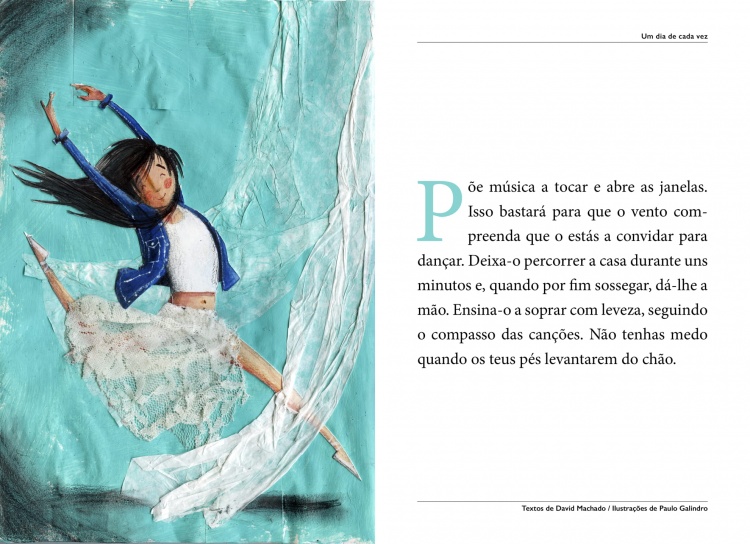 Paulo Galindro was born like grapes, without hair, the fruit of the beautiful harvest that was 1970. His hair grew to the sound of the huge printers of the printing shop where his father worked ... and where the smell of inks fertilized his dreams. Years later, harboring a secret desire to be an astronaut, he graduated in architecture, fathered two children and, when illustrating a pile of books, he let himself be scared by Cuquedo, shared his bathtub with a shark, caught a star that fell from the sky, went to the moon with an elephant and even dived with a white whale. It is a fact that he is not yet an astronaut, but as his head lives on the hidden side of the Moon, it is more or less the same thing. Because life is an eternal return, he was bald again.

The funding raised - € 3000 - will be used to pay for the printing of an edition of 500 copies of the book ONE DAY AT EACH TIME, as well as postage and other small expenses.

The book will be sent to everyone who supported its production during the second half of June.

871 members of the PPL community
support this campaign