We want to release our first album! You can help here through our crowdfunding campaign S.O.S. DAGUIDA: System of Obtaining Sustainabilty.

We want to release our first album! You can help here through our crowdfunding campaign S.O.S. DAGUIDA: System of Obtaining Sustainabilty.

It is our belief that it was written in the stars, since that night of January 19, 2000, that this album would see the light of day. It is yet to be materialized so we can finally find our place in the portuguese cultural panorama.

We have many friends who have always supported us and made their efforts to keep the band going. We are counting on them now, for the recording of our first album. 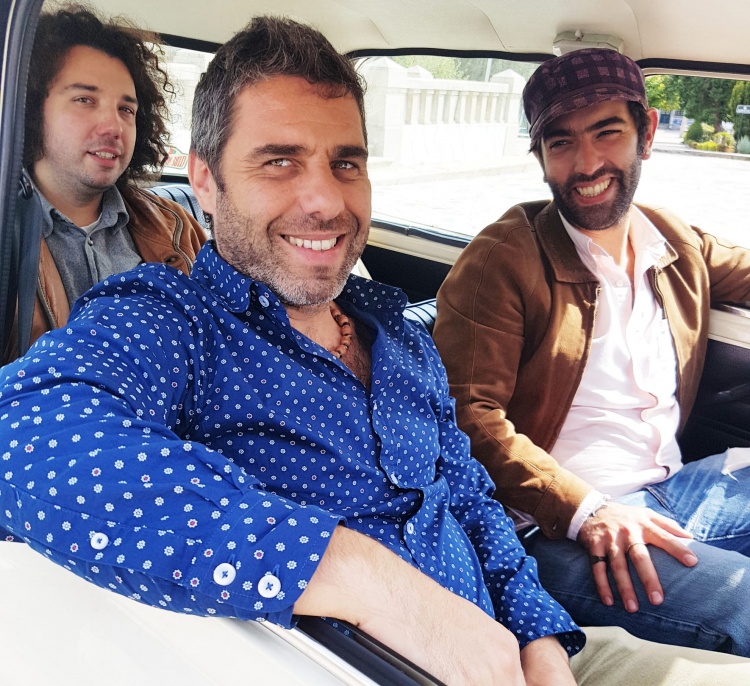 Our joy comes naturally when we jest with different opinions on the actual human condition. We believe that humor and satire are privileged means to address the most varied and obsolete taboos that still persist. We believe that music is the perfect vehicle for doing it, because if the goal is to communicate, we have to do it in the most poetic and effective way.

Daguida were born on January 19, 2000 on a roof of Santa Maria de Lamas (Portugal). We like to use and abuse the portuguese language, we sing with local expressions and a lot of humor. The satire, the irony, the joy transmitted in the performances, represent our will to break down barriers and prejudices.

In the first life of the band, until 2008, we performed at Hard Club, Festa do Avante and Euro 2004, among many others. We won the Audácia de Viver 2001 and Rocktaract 2003 contests and were finalists in the Rockmusic Challenge and Rockastru's contests. 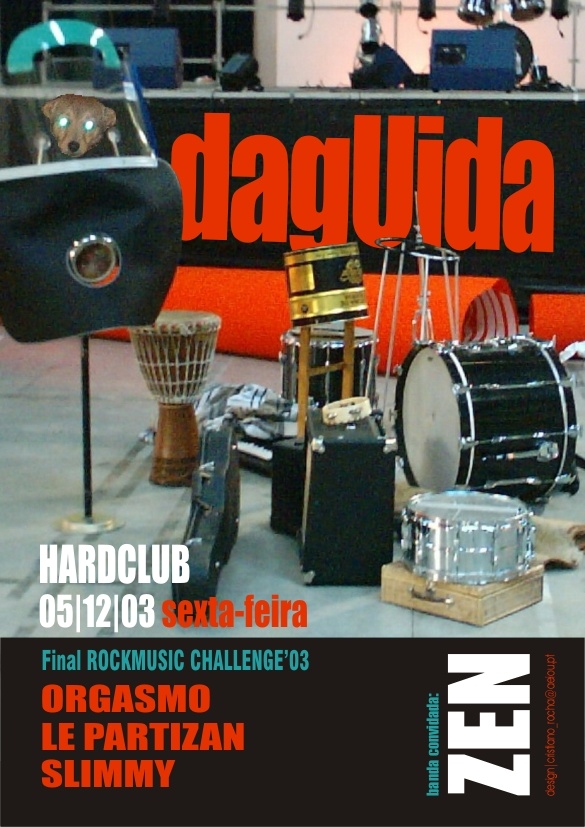 From this first phase of the band, we collected some media critics:

"(...) the project has songs to set fire to any room with a sense of humor. (...) The labeling machine tags daguida as portuguese style country players, for urban consumption, with guaranteed side effects and twisted political manifestos."  Blitz

"(...) stunned with that mixture of sound and perfomance to which no one is indifferent. It is interesting how this band transmits such a good mood to everyone present."  123som.com

"(...) they have much to give to Portuguese music. A name to retain."  divergencias.com

"... they brought with them, from Santa Maria de Lamas, a strong scenic component - they use bells, bicycle horns and there is even a police chase on a scooter - soaked in intervention rock."  Público 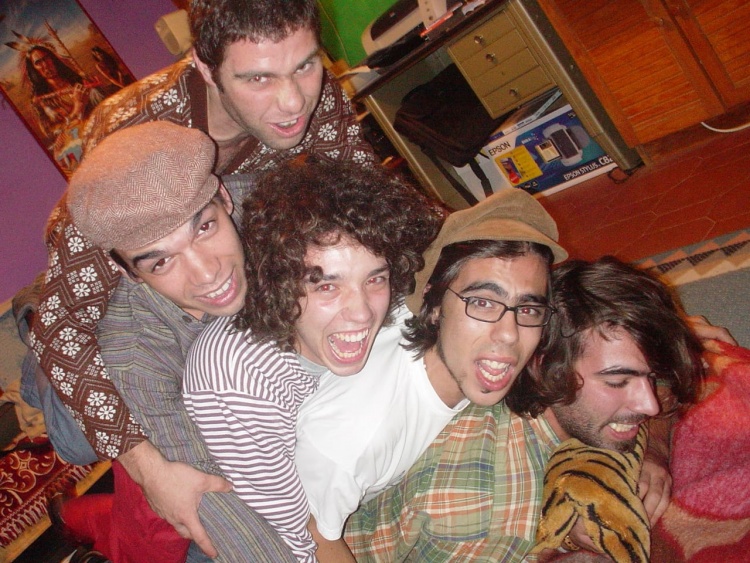 Between 2008 and 2016, we dedicated ourselves to other projects. Yuran joined the groups Curinga, Foxrot and Malagueta. António Serginho played with Zelig, Retimbrar, Manel Cruz, Nuno Prata, Sérgio Godinho and Deolinda, among others. João Pedro maintained the habit of writing lyrics and sharing songs with Yuran, but also dedicated himself to another art form - to jewels and gems, creating the G82 brand.

At the end of 2016 we returned to the stages, and in 2018 we released our first official editions, the songs "Passageiro" and "Fico Louco".

Now we intend to record our first album.

To do so we count on the help of precious friends:

Besides these friends, we count on your help to carry our dream forward!

All revenues above this amount will be directed to

DATES - Our goal is to record the album during this year of 2019, but we won’t stop playing concerts! As not to keep you anxious and waiting for our studio work, we promise to release some songs during the year. We intend to release the full album in January 2020, by the time of the 20th anniversary of the daguida foundation.

125 members of the PPL community
support this campaign