Crowdfunding wants to raise funds to support the editing of a book that has a lot of color and magic. The value of the sale will have a solidarity end for a very dear mental dis...

Crowdfunding wants to raise funds to support the editing of a book that has a lot of color and magic. The value of the sale will have a solidarity end for a very dear mental disability institution in Coimbra that we will reveal in the future.

This crowdfunding is intended for fundraising to help edit a book that has lots of color, magic and reality. All the money obtained, whether the surplus of this project, or the sale of the book, will have a solidary end, whose destination will be for a very dear mental disability institution in the city of Coimbra that, in time, we will reveal.

Quinta dos Passarinhos has offers to give in exchange for your participation. We will reveal more excerpts from the book throughout the campaign. 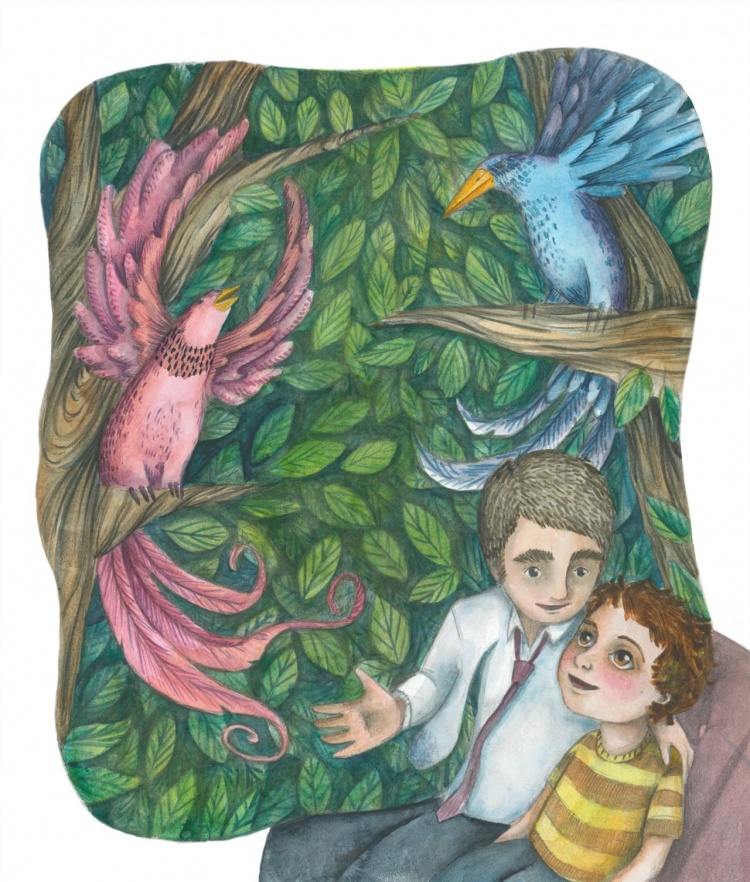 See the next chapters.
Brief Synopsis
The story goes around a legend and its main characters are a boy (Zico) and a scientist, jubilant University Professor. Zico has a very fertile imagination. The boy has some hyperactivity. He is very alive and smart, but with a fantasy world of his own, also his age and the imaginary world of children.
The other protagonist, the Professor, owns a large farm where there is legend.
The book mixes reality with fantasy. In reality we have the concern of parents, the life of a farm that has lost its agricultural strength, strength preserved in the memory of its old owner who, throughout the visit, will bear witness to it. This way the knowledge that is being lost is being unveiled.
On the magic side, the beauty and fantasy of characters such as a Butterfly, Miminho, the Bird Orchestra and the enchanted garden, as well as the legend and its characters.
The book also focuses, with relevance, on the friendship of a child with a lonely old man in his world of memories. A beautiful friendship.
The writing of the book in prose retains a poetic language. 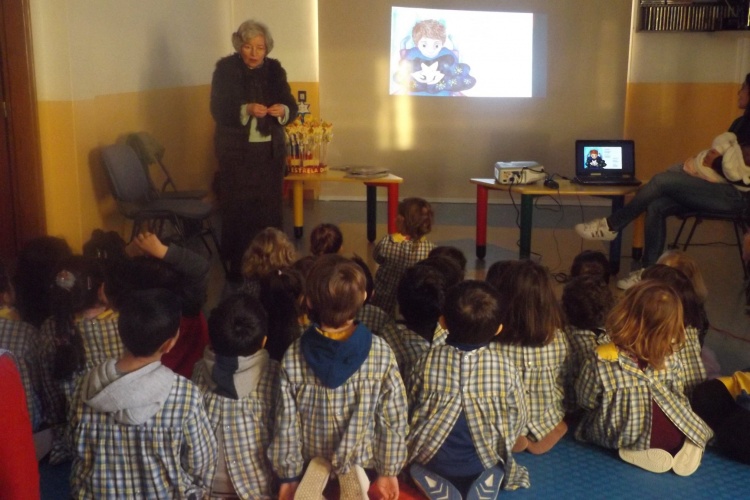 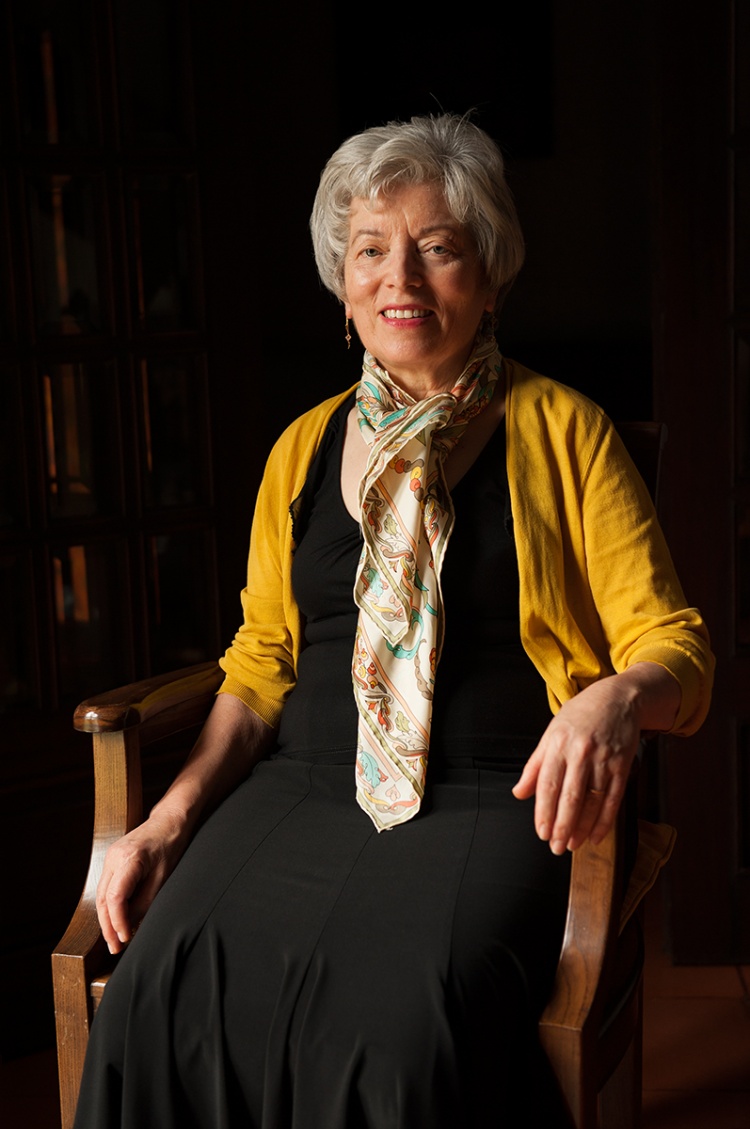 Maria Prazeres Quintas
Maria Prazeres Quintas Ferreira, born in 1943 is a retired 2nd cycle teacher, graduated in History from the Faculty of Letters of Coimbra.
Literary path:
Won in:
1971 The ACM-ACM71 Floral Games
1973 Illiabum Club Song Festival won 1st and 2nd place with the lyrics "Poem to Life" and "Reason"
1975 A music video was produced for the RTP1 PiFLIM television program with his poem "Barefoot Boy"
The "Poem Boy Barefoot" was selected for the semifinal at the Singing April 2009 festival and was part of one of the 2017 Antena1 Master Class programs.
2000 Participates in the poetry collections "Of Uncertainty" and "Poiesis" of Editorial Minerva
2000 edition of the children's book At Carla's School
2003 edition of the book Children Blue Horse Stories
2013 edition of the children's book The Wings of Aphisius
2016 Participates in the poetry and prose-poetic Anthology Temple of Words Nº3 by Editorial Minerva
2016 edition of the book "The Doll That Smile!" By Editorial Minerva
2018 edition of the book "The Different Star" by Chiado Editora
2019 participates in the poetry Anthology “Between Sleep and Dream
He also collaborated sporadically with some newspapers, but with the birth in 1978 of a profoundly handicapped child, all his activity was divided, among some professional obligations, the almost constant care of that child, and the struggle for Disability and your cause. He now wants to be able to continue all that he left behind. 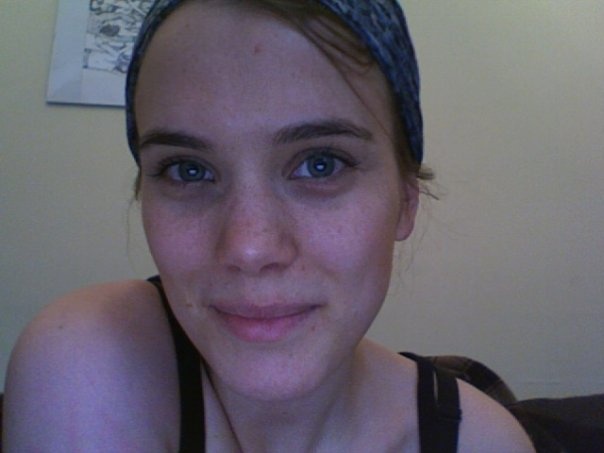 Miz Lucas (Illustrator)
Miz Lucas was born in Alcobaça, has lived in England (Manchester and London) for 11 years since he was 18 and has lived in China for 3 years and has now returned to Portugal. She has been freelancing for 9 years and has been a high school teacher for 6 years (in the English / International system). In terms of training, she took a degree in illustration and animation at the Manchester school of art and a master's degree in illustration at Kingston university, pgce (teacher course) at the institute of education (London). She is currently freelance and is also an art teacher at a private college in Porto.

Book printing costs (500 copies):
€ 3,000
Note: The value of crowdfunding will serve with crowd support to fund book printing.
PPL Costs:
€ 304.43 (PPL commission)
Author Book Edition.
The sale is the responsibility of the author and the value of crowdfunding will be recovered and the rest will be donated to a disability institution in Coimbra.
The cost of book illustration is not included in the budget - will be borne by the Book Author.

49 members of the PPL community
support this campaign