"Vida Macro" is a projet that broadcasts practices ans people that promote health, well-being and happiness. From north to the south of the country, it approaches a wide range o...

"Vida Macro" is a projet that broadcasts practices ans people that promote health, well-being and happiness. From north to the south of the country, it approaches a wide range of subjects that go from food to movement, from therapies to education.T

This idea was born when I was going trough some changes in my own life. One on them, from a lack of wanting of consumption of meat, that was some what of a problem, in the way that all my meals had meat or animal protein as their main ingredient. Therefore, I started to researh for alternatives, which draw my attention to a culinary macrobiotic workshop, placed in Leiria and lectured by Marta Varatojo. It was also one of the few that I had time availability, so there I went, not knowing very well what was this thing called macrobiotic.

At the end of the workshop, I was drawned by the macroviotic aproach, and I was astonished by the lack of awarness and broadacast, or at least, the lack of general knowldegde from the public. From this came the will to broadcast and share this life approach. Back then, I spoke with the production house I was working with, Mixturas, in order to go forward with a pilot, aiming for tv. After their ok, I got through with Instituto Macrobiótico de Portugal and after a meeting we had a go with a pilot. We spoke with tv channels and sponsors, but our project didn't raised the necessary insterest, because it was considerer a small target.

After one year, I decided to go online with a pilot episode on facebook, in order to better understand the way this format would be received. Although we did have a very good feedback, we weren't able to gather the necessary support.

Through one year, I watch the facebook page grown on is own, with almost no posts, and in February 2017, decided to make Vida Macro on my own, in Pro Bono basis, with the only aim to broadcast and share everything that enances health, well behing and happiness.

He started working in audiovisual in 2004, first as a Tv operator, and then developing work as a freelance in Advertising. In 2006 he goes full time as a film editor, going through several projects, that enable him to work and approach different languages and visual expressions.

He works in audiovisual, mainly in television, and would like to continue to work in this soul project, that comes from his heart. 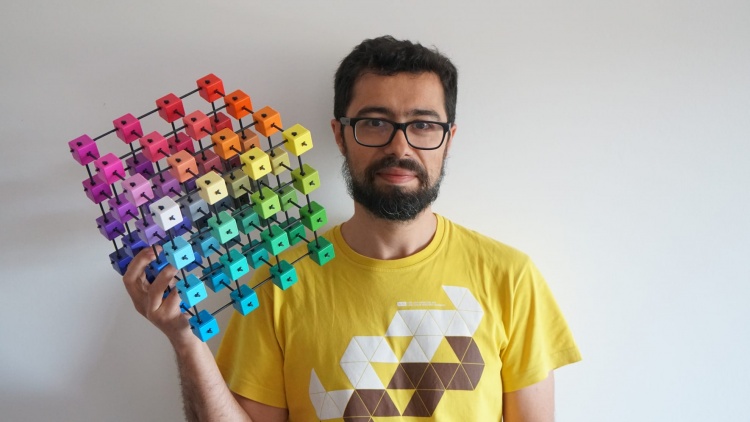 It will also support new investements in platforms as SoundCloud, in order to be able to provide videos Podcasts.

258 members of the PPL community
support this campaign