"One Year Without You" by João Ascenso

"One Year Without You", written and staged by João Ascenso, is the second show of this author, that Buzico! Artistic Productions proposes to produce. "One Year Without You" features interpretations of Isabel Guerrero, Pedro Barroso, Raquel Rocha and Ricardo Viera Lérias. The show is scheduled to debut February 4, 2016 Women in Space School in Lisbon.

The show is scheduled to debut February 4, 2016, Espaço Escola de Mulheres in Lisbon, and will be on stage this space up to 28 this month.

After four weeks of career in Lisbon, the show One Year Without You will make touring all over the country.

One Year Without You is the story of a friendship tied to secrets and lies, a separation postponed ten years and a love lived off. Jorge decides to take Mónica account. Luísa think Mónica has to change. Mónica can not live life. Henrique ... just lost his. 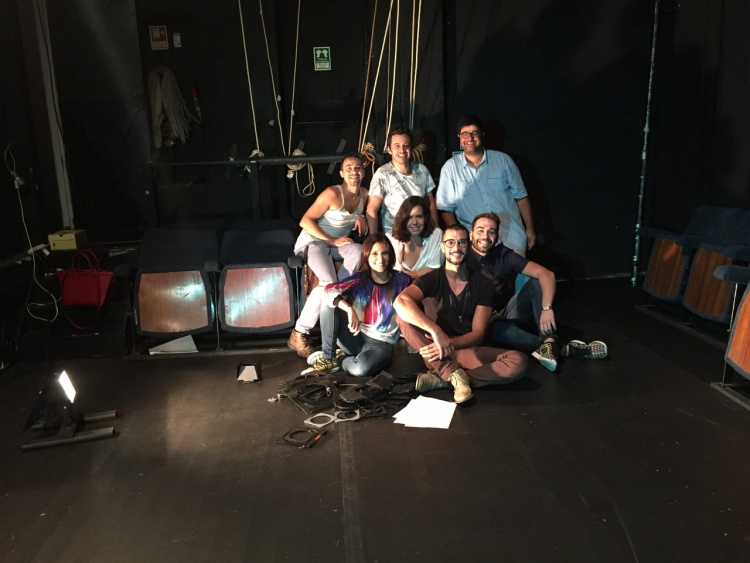 The Buzico! Produções Artísticas exists since 2011, it is a structure of human and logistical resources that designs, produces and promotes cultural events. Since its founding, the Buzico! Produções Artísticas, has produced and co-produced 11 shows, among which are: Broadway Baby - The History of the American Musical, with Henrique Feist, who won the Globo de Ouro Caras/SIC for Best Actor Theatre; Quatro Metades, based on four short stories by Mia Couto, staged by Renato Godinho and interpretation of Iolanda Laranjeiro; Esta Vida É Uma Cantiga, musical spectacle of tribute to the Portuguese Revista, from Henrique Feist and Vitor Pavao dos Santos, with Henrique Feist, Vanessa, FF, Anita Guerreiro and Simone de Oliveira; 74.14 - 40 Anos de Música, Henrique Feist; A Cantora Careca, of Eugène Ionesco, with interpretation Alexandra Sargento, Andresa Soares, Fernando Rodrigues, João Cabral, João Gualdino and Sofia Brito, and more recently, A Noite do Choro Pequeno, João Ascenso, with Alexandra Sargento and Sofia Nicholson, and The Illusion Of Memory, Leandro Morgado, a spectacle of mentalism and storytelling.

We used the PPL and a crowdfunding campaign for two reasons factors: first, because the contributions are from 1.00€, anonymously or not; second, because the Buzico! Artistic Productions not be a structure with financial support from the State or private, and as we have a motto: Buzico! we stage their passions, we do not want to disappoint the expectations of those who trust us their projects.

If we can achieve our objective 2,500.00€ this value will aim to support the payment of the following: authoring and staging, testing of actors, lighting design, set design, graphic design and promotional materials (brochures, posters and room sheet), representation allowances and age rating of the show and promotion campaigns (social networks and media).