Does it annoy you when you try to get off the subway and can't because the maggots are coming in? And that jerk who steals the parking space you we're waiting for half an hour a...

Does it annoy you when you try to get off the subway and can't because the maggots are coming in? And that jerk who steals the parking space you we're waiting for half an hour ago? RANDOM is fed up with all this and decides to solve everything with a baseball bat!

Since 2011, I dedicate myself to comics as a scriptwriter and I've had several editing experiences and business models. In my adventures, I had financial ups and downs (with a lot of personal investment) and so I decided to focus on crowdfunding, because I can feel the pulse of my public through the platform.

The idea for RANDOM arose from the stress of the daily routine we all feel on the skin.

My way of catharsis was to build a story where I could deal with it in a fun and uncompromising way.

RANDOM is a violent story with influences from writers like Garth Ennis, Steve Dillon or Grant Morrison and follows random moments of our anti-hero, from its origin to its end. Caricature characters, gratuitous violence and gore, it contains everything for an intense reading. But more than violent acts on the loose, it is a story that criticizes the lack of mutual aid, community and civilization.

To give you the best possible quality, I've team up the best of Portugal and Brazil: one of the emerging talents of Brazil, the artist Marcus Aquino, is in charge of the art, with his Americanized and action-packed line. For a very lively and guttural color, I count on Joana Oliveira and to read without errors and very professionalism, the legendary and designer Ivan Rego and the translator Marta Prino (who will translate from English to Portuguese, as I wrote in English) take care of the subject.

I want this edition of this book to be special and unique to the supporters, so this is the only opportunity to buy the book. I will not add the e-book version, precisely for this reason. After this campaign, it will not be available in bookstores. If the artist Marcus Aquino is confirmed in Portugal in 2020, I will do a limited edition of 50 copies.

Embark on this trip with us and distill your stress and frustration in this uncontrolled graphic novel! 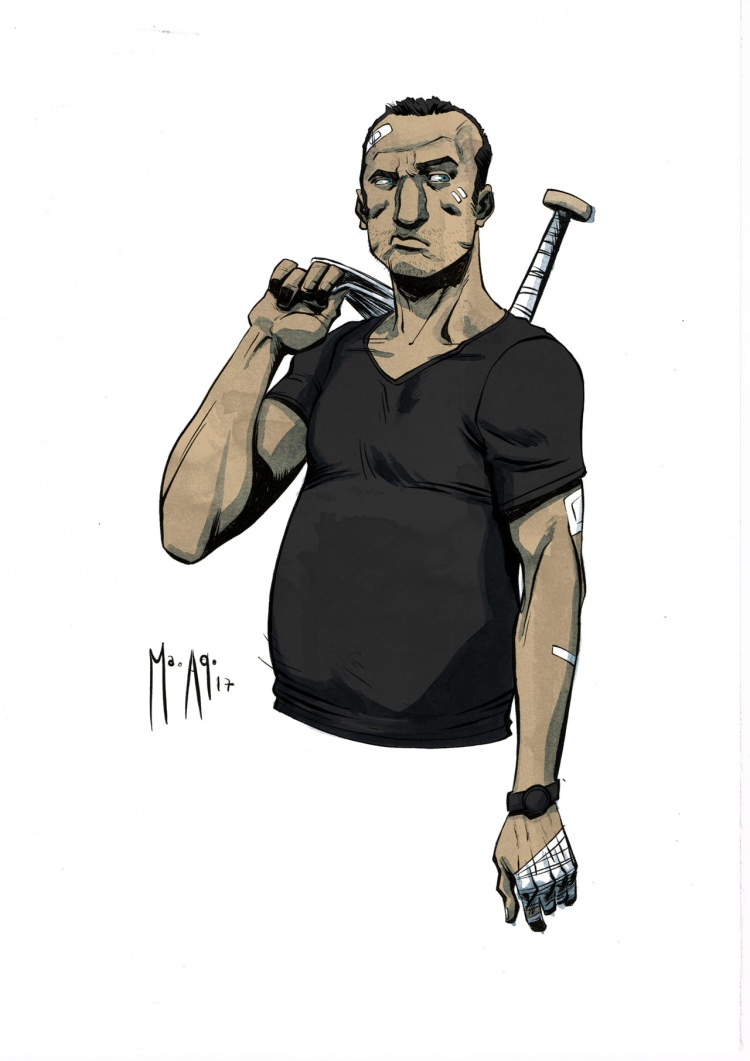 Miguel Peres, a true setubalense (from the city of Setúbal) since 1987 that turned into a lisboeta (living in Lisbon) since 2011. As a chunky kid, I used to read a lot of comic books and today I try to write them without any mistakes and loads of imagination. I started out in the world of comics in 2011, as co-editor of the portuguese anthology Zone BD, that focuses on young Portuguese and Brazilian artists. From there, I started writing short stories with portuguese illustrators, such as Luís Figueiredo or Miguel Mendonça.

My debut as a comics writer was in 2012, with the graphic novel Ashes of the Revolution (Cinzas da Revolta), illustrated by João Amaral. This book gave my first boost into the portuguese book market. In 2016, I co-created the comics label Bicho Carpinteiro, with the portuguese scriptwriter André Morgado, and I released my second graphic novel: Graveyard of Dreams (Cemitério dos Sonhos), with 4 brazilian illustrators, being published for the first time in Brazil.

I split my time between EDP Distribuição as a Content Manager, a freelance copywriter and just being restless while I search to create new comic book projects. 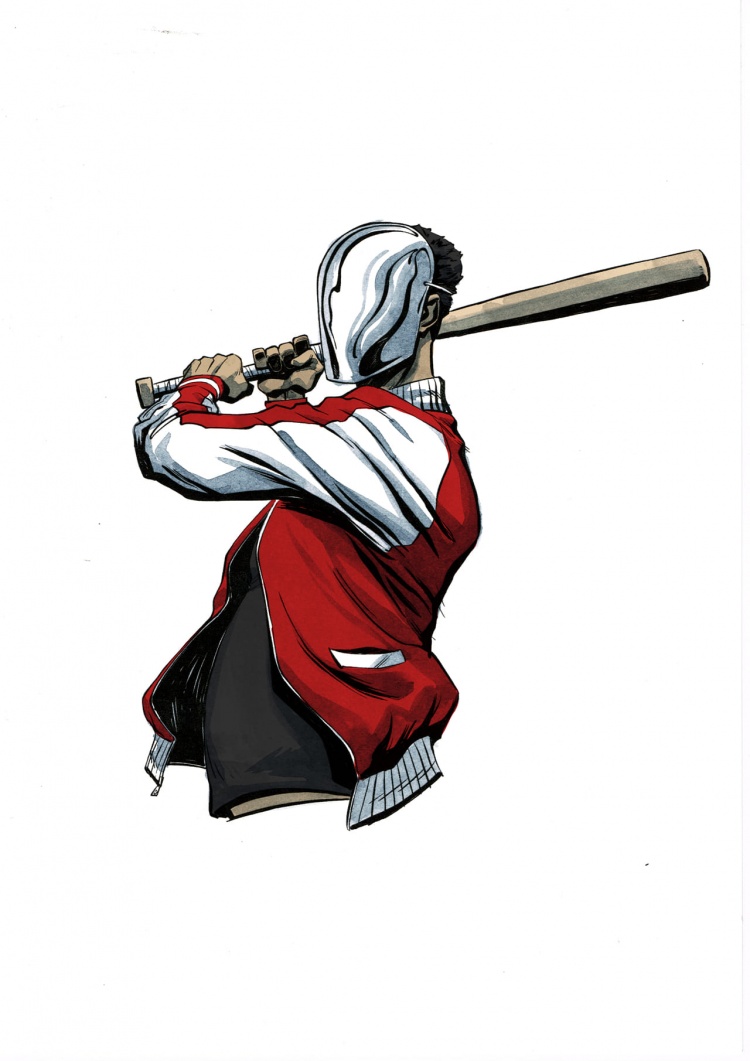 The value of crowdfunding it's for two fundamental aspects. On one hand, to pay the artists involved (except me) and help me pay for the production of the book in the graphics (more than 50% of the value goes from personal investment). The graphic novel will be ready by July 2019. Thus: 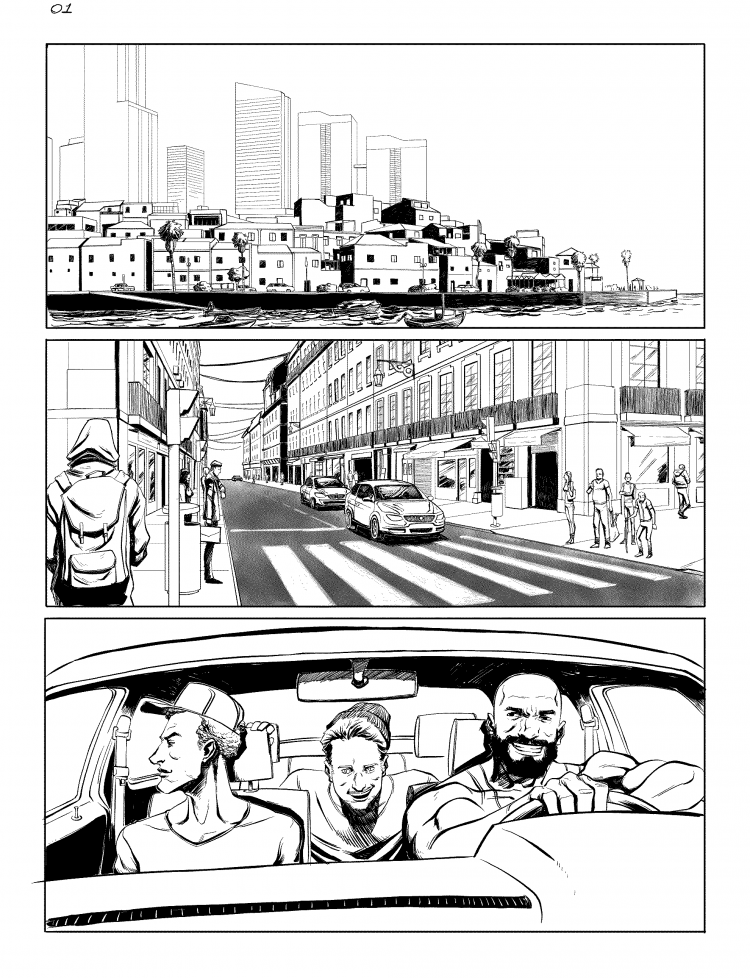