with his last breath

the world in which he lived.

Memories are tamed beasts we keep in our houses.

Memories are gentle beasts we feed lovingly by hand.

Memories are playful beasts that caress our heads and tear at our chests, precisely where the heart lies.

Memories are beasts sniffing the floor for primordial scents.

Memories are beasts showing their teeth on guard at the doors of the past.

Memories are beasts in danger of becoming extinct.

It is a project about memory and the loss that memory implies.

100 pags of photographs, with a text written by the author in both languages: Portuguese and English

"Noah’s Ark comes from the pain of that perception that the memory of my grandparents and of their houses, where I lived part of my childhood, dies in me, little by little, every day. They transform, deteriorate, fade and gradually extinguish until the day they disappear along with me, as loyal animals unable to bear their owner’s absence."

The project evolved for some years, until in the beginning of 2015, my friend Rui Costa, teaching Design in University of Aveiro, challenged me to fulfill it, proposing it to his graduating students. I accepted his challenge and eight groups of students candidated themselves to the project; oriented by their teacher and accompanied by myself, they developed eight different book projects. This book was made based on the proposal we chose from the beautiful eight objects developed in that process. 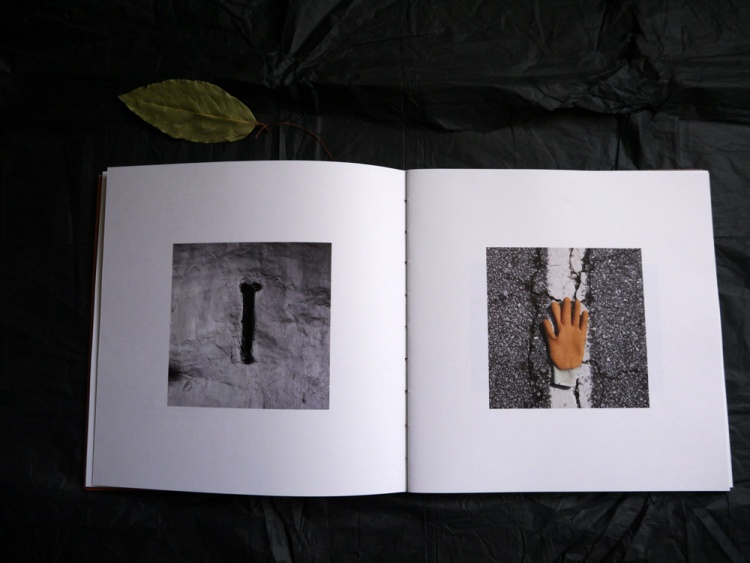 Renato Roque was born in Oporto in 1952, where he lives. Has been involved since the eighties in a few photographic projects and has published a few photo and stories books.

Finished  his dissertation on Multimedia in 2009 in FEUP (Engineering University from Oporto) with the photographic project called Matrix Mirrors, on human identity recognition, using photography portraits. This project has been presented by Joan Fontcuberta in his last book ‘La Camara de Pandora’

1999 – ‘His Time' (Hora sua), a photographic reflection about death with a selection of Portuguese poetry done by the Portuguese poet Regina Guimarães;

2004 – ‘Silence Cathedrals' (Catedrais do Silêncio)  photography project using photographs of an old factory in the north of Portugal;

2012 – Participates in book ‘Exuberâncias da Caixa Preta' published for the exhibition with same name, which was inspired in the book  ‘The Expression of the Emotions in Man and Animals' by Charles Darwin.

2014 – ‘Near invisible’ (Do Quase Invisível), with photographer M.J. Pedra and poets Patrícia Lino and Regina Guimarães

2015 – 'Fotografia e Beleza – Espelho meu, espelho meu, quem é mais belo do que eu? A collection of four essays on Photography and Beauty, to be published in collection  REFLEX by THE PORTFOLIO PROJECT

200 copies are estimated to cost 5000 euros.
50 photographs, 13x18 cm, using Fine Art paper estimated to cost500 euros.
We intend to publish the book until de end of 2015.
The price will be after the crowdfunding camoaign 35 to 40 euros. The version with an original photograph will not be for sale.