The strips of D. Inês de Castro and her dove Pimba jumped from the pages of the newspaper Região de Cister to a book, in a compilation made in 2017. After three years, the two characters are ready for a new flight. Região de Cister and its creator - Natacha Costa Pereira - want to make them want, but they need your ride.

Every week the two companions, who are both predictable and unpredictable, come to life in the regional weekly of the municipalities of Alcobaça, Nazaré and Porto de Mós. “Normally, the subject arises from one of two things: either a relevant event that happened during the week or absolutely nothing", admits the author, who sometimes "simply talks about emotions or lack of them" and other times "leaves a question in the air ".

Natacha Costa Pereira, cartoonist-painter-puppeteer, has been collaborating voluntarily with the weekly since March 2015.

After the first anthology of the strips, we count on your little push for D. Inês de Castro, her dove Pimba and our incredible cartoonist to take flight for a second wave ... of compilations.

The weekly at the service of the communities of Alcobaça, Nazaré and Porto de Mós assumes itself as a means of communication attentive to the interests and demands of readers, which closely follows the current and development of the region, always privileging contact with people, work outside the newsroom and the opportunity to share projects, ideas and life stories. 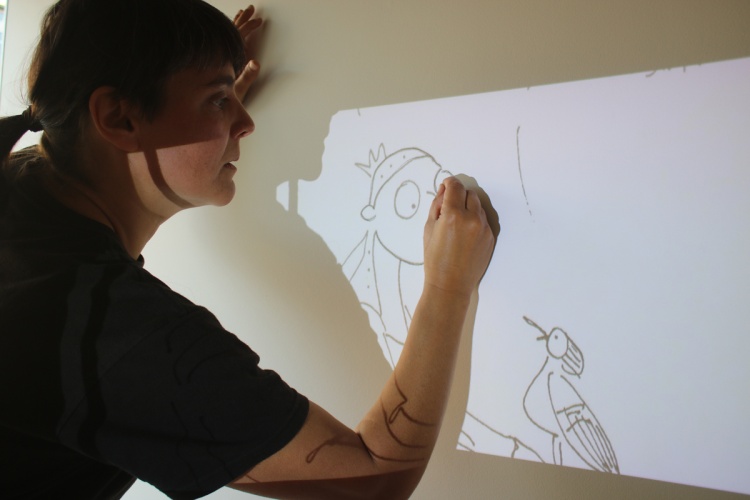 The effort raised will be to support the costs of printing the book and the commissions of PPL:

The book is expected to be sent to the printing press at the end of November 2020 and to be released in the first week of December 2020.

33 members of the PPL community
support this campaign