The Book of Feeling

“The Book of Feeling” is an inspiring motto to look and delve into what one feels, and open up to what has never been seen, release what is necessary, and from the discoveries m...

“The Book of Feeling” is an inspiring motto to look and delve into what one feels, and open up to what has never been seen, release what is necessary, and from the discoveries made express and create a new world, yours.

It is a creation by Ana Castanheira, the first to be published in paper format.

1. Feeling as a starting point

The Book of Feeling is a record in the form of words, where far beyond the mental organization, the written expression happened from a sensitive understanding, born and designed in silence, in full contact with internal wisdom.

The proposal is that this book can make the reader connect with his own feeling, and observe, allow him to realize what happens to him when he comes into contact with the texts, and allow him to express himself, relate to what he feels and question yourself.

2. A collection of discoveries

Each text emerged spontaneously, the words asked to be written. It is a collection of clairvoyances that emerged after sessions of meditative work on Conscious Coaching and Deepening sessions in Biodanza.

Over the course of 3 years from 2019 to 2022, this process continued until one day it was felt that there was an order and sequence of presentation of the texts that asked to be recorded in book format, and that this way it could be shown and shared with other people.

“The Book of Feeling” is a motto of inspiration for the reader to connect to their feelings and make their own discoveries. Each text addresses the Wisdom of each one. It is a book to be explored, inviting the reader to embark on a journey that begins somewhere with limited notions of love and spirituality, navigating through feeling as a way of understanding the energetic and spiritual dimension of the Being that each one is.

3. The word and questions as meditation

In the journey proposed by the book, open questions arise, based on the self-knowledge proposal of Conscious Coaching.

Conscious Coaching is a unique methodology developed in Portugal by Master Trainer, speaker and writer Isabel Ferreira based on the work proposed in “A Course in Milagres”. A miracle seen as an instantaneous change of perception that is revealed through an open questioning directed at the natural wisdom of the Human Being.

It is a proposal for energy transmutation with several exercises to wake up this natural knowledge - Consciousness. In more advanced stages, the whole process is done through meditation, as presented in the final part of the book.

It is a work of developing the potential of the Human Being from Feeling.

Feel yourself visited in dimensions and perspectives that allow you to recognize transformation and transmutation potentials, through boldly embracing everything that memory and body has kept. 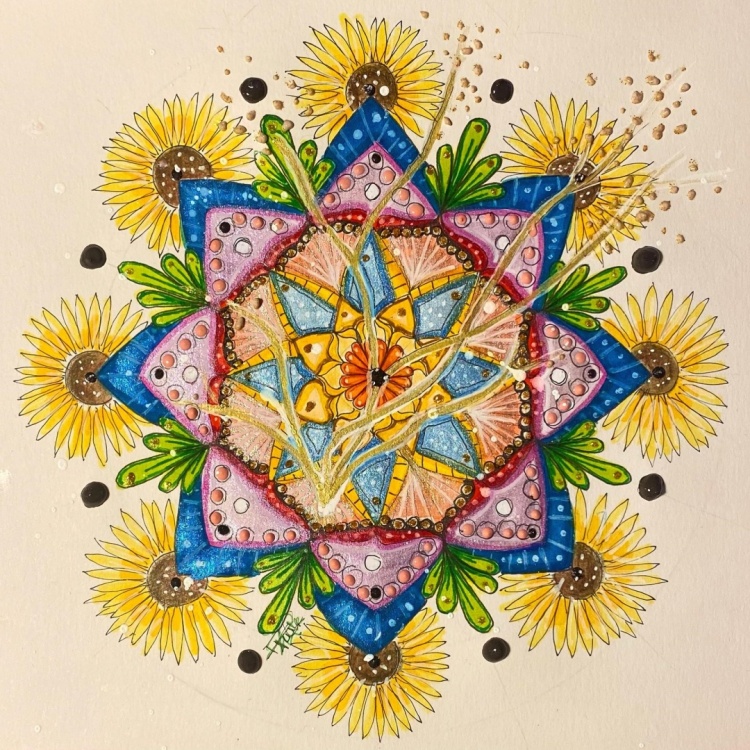 This book is being built from the invaluable contributions of some people, such as Adelaide Abreu in the text review.

It features illustration through hand-drawn and hand-painted mandalas by Teresa Santos, manda.la by Tê, a concept in which the mandala meets elements that the person recognizes as inspiration for life, as is a good example of the mandala that illustrates the cover and back cover.

The remaining mandalas that appear in the book emerged from the motto of some of the texts presented to the creator and the result in an image of the vibration felt after interacting with them.

The design, graphics and layout are the work of the careful and dedicated artist Jacinta Fernandes who, with her unique talent and sensitivity, contribute to “O Livro de Sentir” being able to communicate its content with the reader based on the graphic presentation.

The cover and back cover were created by the talented Elisabete Agostinho, who uses the arts as one of her many forms of expression.

Technical specifications of the book

Ana Castanheira (Estoril, 1973) has been a Conscious Coach since 2020. Throughout her life, she has had very diverse experiences of training for life.

The initial basis was the development of social skills for young people, through socio-cultural animation and non-formal education at national and European level.

She also deepened personal development practices in the field of yoga, meditation, laughter yoga and human development such as Biodanza.

Moved by a sensitive connection to Nature and its own feeling, its entire path has in common the discovery of practices whose principle is to allow each human being to express his voice and make his unique contribution to the world.

Writing has always been her emerging form of expression.

Movement in multiple forms and reflection on it has constituted her way of learning.

He is currently presenting his own Coaching program called OUSAR VOAR, based on open questions addressed to the knowledge inherent in the Human Being. This program has, as a source of study, practice and inspiration, the work developed from epigenetics and A Course in Miracles.

The author has dedicated her life to creating projects and action movements in the world based on her feelings, in a diversified experience of interaction with the community, Nature and animals.

Making room for the unique expression of each Human Being and how to enhance this experience has been his life agenda. This motto underlies his entire professional journey in respect and listening to the wisdom generated by different experiences. The evolution provided by these experiences always lead her to aspire to new ways of life for herself and those around her, creating and recreating herself. 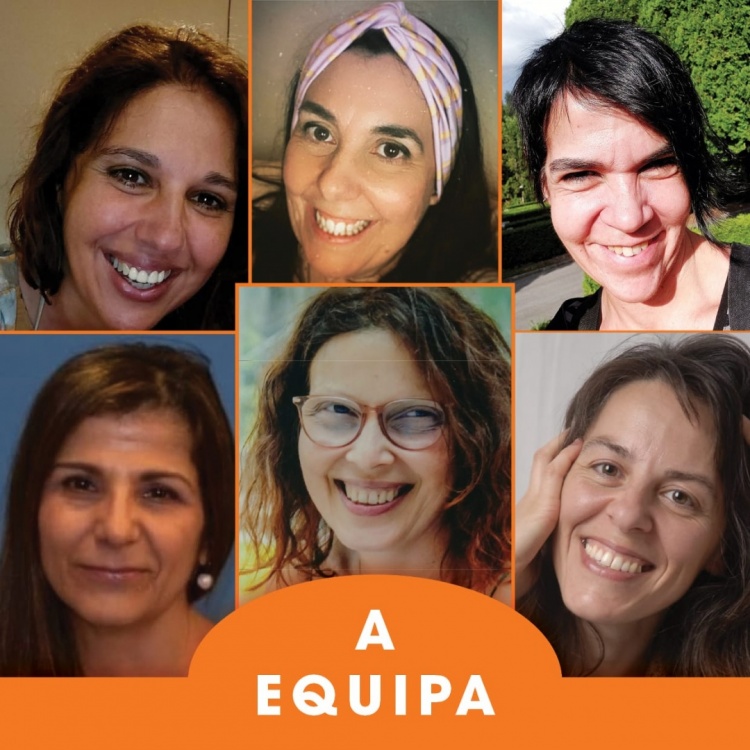 The campaign budget is for the production of the book, delivery by hand and by mail to Portugal and Europe.

STAGE 0
9 January: Start of the book's publicity campaign with teasers.

STEP 1
Until January 21st: Start of the PPL campaign for the pre-sale of “The Book of Sentiment”.

STEP 2
By February 6th you have pre-sold 100 books among the various reward options.

STEP 4
February: Finalization by the paginator of the last graphic and pagination details of the book.

STEP 5
1st half of March: Printing of the book at the Graphics.

LAST STEP
March 25th: Date set for the launch of the book and delivery of rewards in the Lisbon region.

March 25th or date to be announced - Presentation session with Biodanza (dancing the book) in the Lisbon region.

From March 25th to April 24th, exhibition about the book, in a place to be announced in the Lisbon region.

15th of April - Presentation of the book in the meditative aspect (Conscious Coaching) in the Lisbon region.

A comunidade está a alargar-se.

A comunidade está a alargar-se.