THE PEOPLE WHO STILL SINGS

Series “THE PEOPLE WHO STILL SINGS” (O POVO QUE AINDA CANTA), directed by Tiago Pereira for RTP 2 (Portuguese Television) It will consist of a book with 8 DVD’s containing 26 e...

Series “THE PEOPLE WHO STILL SINGS” (O POVO QUE AINDA CANTA), directed by Tiago Pereira for RTP 2 (Portuguese Television) It will consist of a book with 8 DVD’s containing 26 episodes, an additional DVD with extras and a logbook from the recordings. When purchasing, please indicate the colour of your preference: → Champagne; → Brown; → Yellow; → Peach.

After four unstoppable years revolving around Portuguese music, with more than a thousand projects recorded in over 2300 videos and more than a dozen of documentaries, after earning the “Megafone” award, editing a CD for “NOS Discos” and hosting a weekly radio programme in Antena 1, the director Tiago Pereira brings to public “THE PEOPLE WHO STILL SINGS”. The series of 26 episodes, produced by “The Portuguese music liking itself” and aired on RTP2 (Portuguese Television), came to being after extensive recording sessions which strived to show the different faces of Portuguese music.

From the North to the South, Tiago Pereira and its team share the creativity of a people who does not want to be forgotten. Several musical traditions and practices are performed, with no staging. The stories of the craftsmen that build traditional instruments, such as gaitas-de-fole or adufes, are also part of this journey, maintaining alive the rural musical traditions of our country. 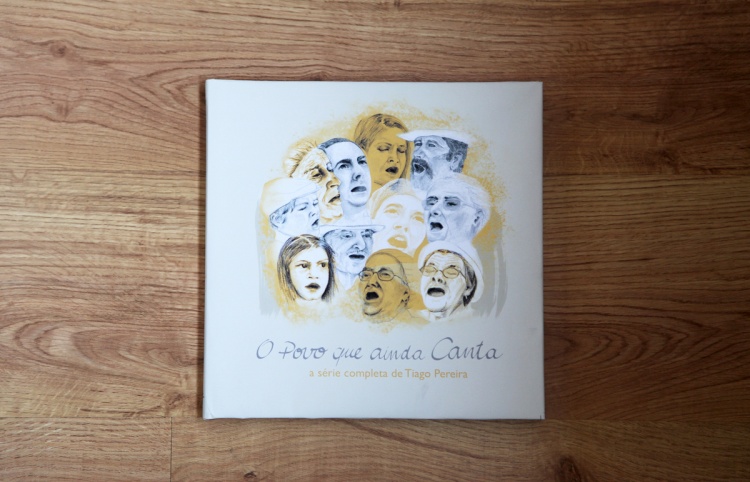 TRADISOM has a long and noteworthy editorial background. Here are some of its emblematic projects that show its impact in the musical world:

The Journey of Sounds, the official collection for the Portuguese pavilion in EXPO98, with 12 CD’s exploring the influence of the Portuguese music in the world.

The Complete Filmography of Michel Giacometti, with 12 books accompanied by DVD’s and CD’s.

Cavaquinho.PT, book and CD of Júlio Pereira, one of the greatest interpreters of the instrument “cavaquinho”.

Ó Brigada, the complete discography of the Portuguese band Brigada Victor Jara in celebration of its 40th anniversary, which was crowd funded through this website and quickly sold out.

Director of the series “THE PEOPLE WHO STILL STINGS” (O POVO QUE AINDA CANTA): Tiago PereiraDirector, documentary filmmaker, visualist, mentor of the project “The Portuguese music liking itself” and winner of the “Megafone” award in 2010 for the “Mission” category, Tiago Pereira has developed a unique style of documenting, collecting and combining images with movement. His films comprise of manifestations of intangible culture such as music, rituals and performances which explore the concept of tradition and collective memory. Some of his most awarded movies are "11 Burros Caem no Estômago Vazio" (2006), "Quem Canta Seus Males Espanta" (1998) and the most recent “Porque Não Sou o Giacometti Do Sec. XXI (2015). Tiago Pereira partnered up with Sílvio Rosado in the musical project “Sampladélicos”, where tradition and technology come together in a complex mixture of the past, present and future. He is also a radio presenter in Antena 1 for the program “The people who still sings”. In 2015, Tiago Pereira was awarded Man of the Year for GQ Portugal in the “Music” category.

The funding we are trying to obtain does not correspond to the total investment made in this edition. It is simply a way of minimizing costs in what we believe is a special and very important project for the preservation of our musical traditions in a digital form. The books distributed through PPL will be edited in 4 different colours and numbered from 1 to 500, totalling 2000 books. BUDGET: printing costs for the book, 8 DVDs included with each book, licensing paid to RTP, official stamps, copyright, design, collection of postcards, bags and marketing – 33,686,00 €.

197 members of the PPL community
support this campaign