Perhaps, an unprecedented project in Portugal, the Alternative Movie Posters of Edgar Ascensão are back in a book compilation. The Volume 2 is in production! Intended for...

Perhaps, an unprecedented project in Portugal, the Alternative Movie Posters of Edgar Ascensão are back in a book compilation. The Volume 2 is in production! Intended for design lovers, graphic arts, digital illustration. But mostly for "movie buffs" in general.

After the very limited edition of the book "Alternative Posters Vol. 1", the art of Edgar Ascensão return in a brand new book "Posters Caseiros Vol. 2".

In total it will be 80 pages, the same number as the previous book. All the works are my own art, based on several films recognized by the general public, or modern classics, blockbusters or Indie.

In this compilation are the works published from 2013 to 2015. And with these 83 works, more articles of making-of, explanations of the artistic process, and the most important: More posters. Many of them unpublished. And will be a bunch of them. There are plenty of initial sketches, experimental tests and an interview given to the site "Take cinema Magazine".

With a size of 21x27 cms, the printing is a excellent quality in high-quality paper Coated 190 gr with long lasting ink on matte paper. With seam binding. The cover 300 g is coated in glossy finish.

It can be confirmed in the pictures of the previous book Volume 1, anexed in the project.

For now I DO NOT send the book outside of Portugal: The book is written in Portuguese.

Who knows if one day I will edit a luxury compilation ... in English. 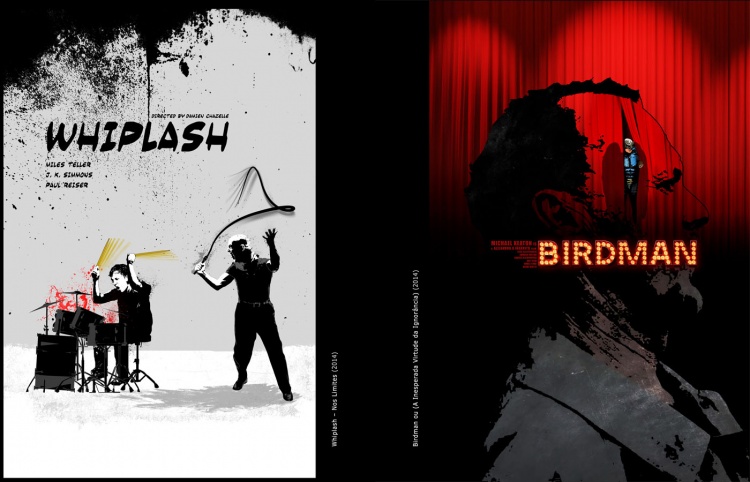 Known as Brain-Mixer among friends, he has under his arm an already extensive collection of works in his gallery. Edgar Ascensão creates alternative movie posters of many international films that achieve worldwide recognition. A Facebook page helps to raise visibility of the project and maintain close constant communication with the regular fan or the common movie buff.

Manages the blog brain-mixer.blogspot.pt film since 2005.

Born in 1981, graduated in Multimedia/Audiovisual in Castelo Branco Arts School. It is currently Cameraman News reporter at SIC Television, in the Culture section.

The final value to be achieved corresponds to 50 units is required to print this edition. Each unit is 13 €. Supporters will have a copy at the cost price, for the purpose of the issue is not to make profit.