Unless something is done very soon and that something is decisive and not a mere palliative we will no longer have independent bookstores in Portugal. As readers we don't want t...

Unless something is done very soon and that something is decisive and not a mere palliative we will no longer have independent bookstores in Portugal. As readers we don't want to live in a world without bookstores so we launched this campaign

It is believed in a better world without independent bookstores where there are only bestsellers who buy in tobacconists and hypermarkets and where everyone else buys online and where only the "very big" (today Portuguese, tomorrow large multinationals without faces or taxes) ) can survive so this campaign is not for you.

If you believe in a world without independent bookstores, without neighborhood bookstores, cultural agents with a role of local promotion then this campaign is not for you.

If, on the contrary, it believes in a world with small bookstores, which can withstand the cross-attacks of various crises, ranging from the unfair competition of Internet platforms (from Wook to Amazon) to the increase in rents caused by tourism pressure in big cities. , unfair competition from large economic groups, and competition from new forms of reading (eBooks, eReaders, tablets and mobile phones)

Then this campaign is for you: Help spread the word about Independent Bookstores. Take part in your defense against the great global giants and against the oligopolies that settled in Portugal 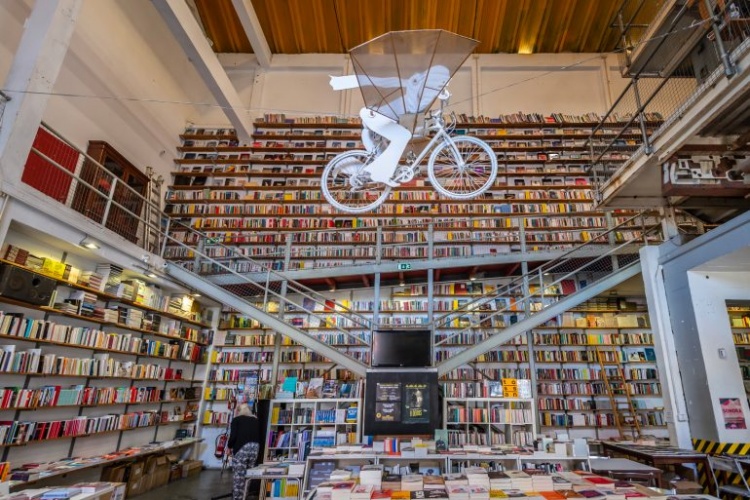 Member of the MIL Board: Lusophone International Movement

November 2019: launch of PPL campaign and dissemination of its existence in the Media
December 2019: Fund Facebook campaigns publicizing the existence, location and activity of independent bookstores (200 euros)
January 2020: Buy books in independent bookstores and donate them to schools, kindergartens, deprived areas and public libraries 250 euros)
February 2020: Hold public debates in various locations across the country and conduct a second (minor) phase of Facebook outreach and book-buying (50 euros)