Ferrarina – Craft Beer, a project designed by small brewers to meet the needs of true connoisseurs.

Ferrarina – Craft Beer, a project designed by small brewers to meet the needs of true connoisseurs.

The Ferrarina – Cerveja Artesanal Project was born and developed in Ferraria, a small village with about 100 inhabitants in the center of Portugal, home of two brothers with similar interests: IT, craft beer and a newly found passion for brewering.

It all began when the two fearless brothers decided to produce beer for their own consumption, with their unique approach and identity. Unbeknownst of the upcoming success of their first American Pale Ale, offers started to arrive to sell a few bottles of their first 30-litre batch.

They have broadened their experiences and were able to refine two more recipes, one Irish Stout and one Witbier. They have both passed the friends and family test with flying colors.

All beers are produced under the fundamentals of the Reinheitsgebot law (beer purity law), which means malt, hops, yeast and pure water from Ferraria’s spring.

The name Ferrarina is deeply connected with the village’s name and the logo is inspired in two distinctive elements:

Both the logo and the beer labels were exclusively designed by Mariana de Moura, graphic designer and Diogo’s fiancé.

The project already has a solid commitment with a supplier, JOLA – Faz a tua cerveja.

This Project aims to bring some positive energy to this little village, disclose it’s the top-quality spring water and also to support the small Portuguese producers, by choosing – whenever possible – the local produce. As an example, the multifloral honey used on the American Pale Ale brewing process is locally produced by a neighbor bee farmer.

Unhappy with the shortage of beer stock, both brothers decided that they should get to work in order to be able to deliver this nectar to an increasingly number of people. They deserve it, as this is a product that should be savored by all and this is where your support plays a capital role. Without it, this beautiful Project will be compromised.

The scope of this campaign is to finance the acquisition of equipment that will allow to increase the brewing capacity to 200 liters per batch, therefore making it available to the entire region.

On an initial stage, the Ferrarina – Cerveja Artesanal will be available for purchase in an online store and in a few pre-selected places within the region, namely restaurants, bars, coffee shops and barber shops with bar service. Regarding this last placement, a partnership was already made with the Barbershop Manel D’Oliveira in Mealhada, which will host the official launching event, thus becoming the first store allowed to serve and sell Ferrarina.

Ferrarina – Cerveja Artesanal, a tribute to Ferraria and all its people!

Diogo and Simão Jesus, 28 and 18 years old respectively, have a very close relationship with the aforementioned village, where they were born and raised.

With an academic background in IT, Diogo manages his schedule between his day job as Programmer in a renowned ceramics company in Anadia and the management of his online IT shop. Simão has recently finished his IT training in Mealhada’s Trade School and is now enrolled in a higher professional training course, thus following his studies.

The passion for the production of craft beer was ignited in a goofy decision when Diogo decided to buy himself a brewing kit to have a go in producing his own beer, having asked his brother to help him with it. Each gram of malt and hop and liter of water are measured to the detail and carefully added to the recipes.

Right now, they only produce beer for the consumption of family and friends, in a small annex in their parent’s house and with 200-year-old a gas stove belonging to their late grandmother. The little batches have a maximum capacity of 30 liters, but both brothers believe that their beer, made out of carefully selected regional products, have enough quality to conquer any market.

Mariana have proven herself a great help in the production process of our beer, she never refuses to lend a hand and is proud of participating in every step of it.

We rely on the support of everyone to make this dream come true and disclose our beer to our entire country! 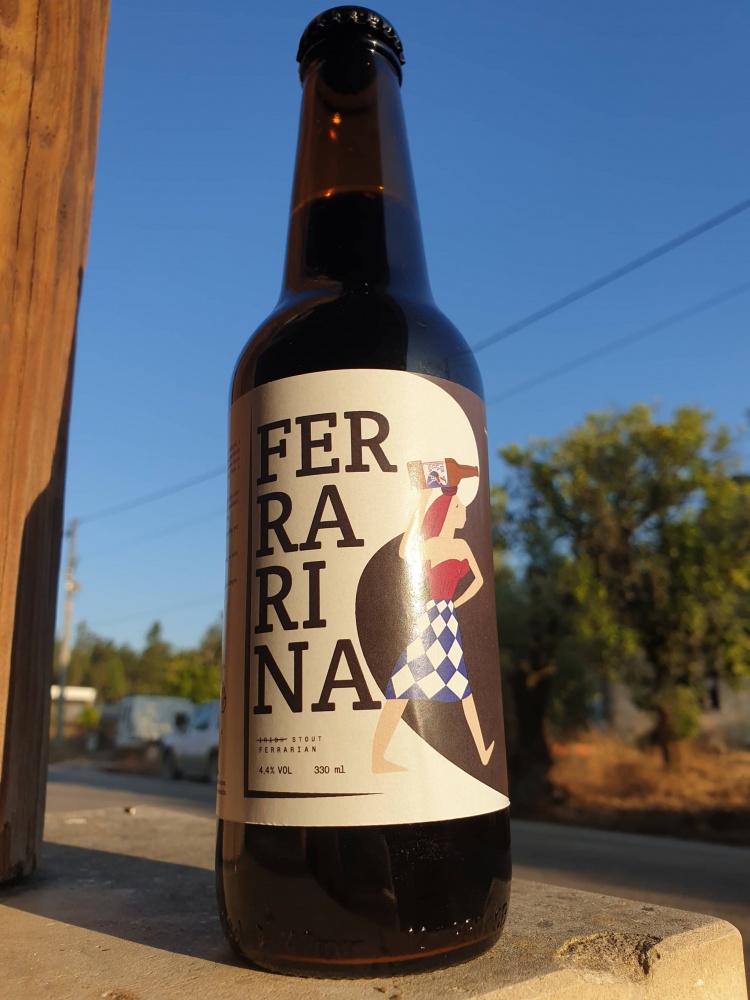 In order for us to increase our production capacity from 30 to about 150 liters of beer per batch, we will need an investment of about 2700€.

The remainder of the budget will be used to acquire pipes, electrical wires, pay the equipment installation and also the PPL fee (7.5% + IVA – 276.75€)

The primary goal is to reach 2700€. However, and if the crowdfunding surpasses this value, the investment will be used to improve the quality of the acquired equipments.

The shipment of the offers will always vary according to the supplier’s delivery time. However, if all goes according to plan, we estimate shipment to begin 2 months after the end of this campaign.

65 members of the PPL community
support this campaign