Regularly they give to the coast of the archipelago of Madeira turtles entangled or accidentally caught by fishing gear. At the moment we have 2 recovering turtles in need of ve...

Regularly they give to the coast of the archipelago of Madeira turtles entangled or accidentally caught by fishing gear. At the moment we have 2 recovering turtles in need of veterinary treatment and we do not have funds for this.

Sea turtles are flag species of conservation. The Portuguese waters are home to 5 species, of which the common sea turtle Caretta caretta is by far the most abundant. Although this species does not nest on our beaches, it needs our waters to complete its life cycle. It is here, in Portugal, that the pelagic or oceanic state occurs, the juvenile phase that they go through after hatching from the egg. Born in the USA or Cape Verde, they spend the first 7-9 years on the high seas, growing away from coastal predators and then returning to their native shores. Portuguese waters with their huge Exclusive Economic Zone hold a large part of the area in which they develop, which is why Portugal has an added responsibility in protecting this species, which is also ours.

But turtles are not free from danger in our waters. Regularly there are animals that hit the shore after having been entangled or accidentally caught by the various fishing gears. 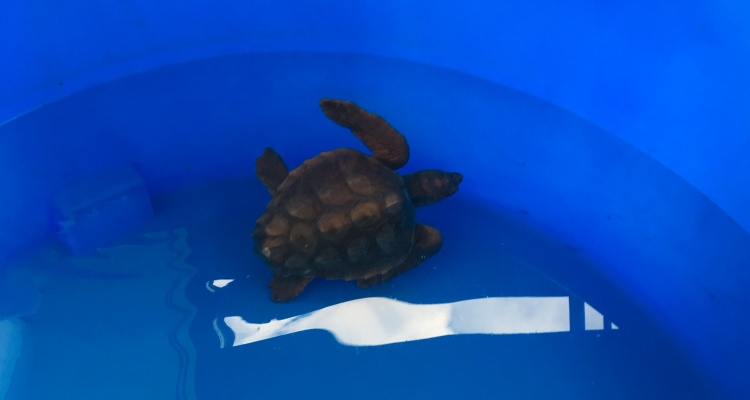 Madeira is one of the Portuguese areas with the most turtles. Every year we are faced with sick or injured animals, sometimes entangled in cables and fishing lines. Many of these turtles are trapped by their fins and, in an attempt to loosen up, become even more entangled, making a tourniquet and cutting off circulation to the paw which rots on the body.

Such cases have to undergo veterinary treatment and recovery in captivity. All of this is costly and, until now, it has been supported through pro bono services and voluntary help.

We currently have two recovering turtles and an open account for one already released. This one, called “Maria Manuela”, still has an open account at the vet. She had been found unable to swim or dive and was blind in one eye by a nautical-tourist vessel, suspected of having pneumonia. She was treated with antibiotics and released in November 2019. The second, named "Caravela", was found entangled in wires fishing with necrotic (rotten) right paw and difficulty breathing. She was amputated and still needs radiography, as she has difficulty breathing. The last one, called “Corcunda”, brought on July 3 by the Santa Cruz Fire Department, was found without the ability to swim or dive near the Porto Novo Sand Pier. It is under observation, but will certainly need treatment, such as radiography and antibiotics, because, although it is eating well, it cannot submerge.

We are currently unable to meet the costs of treating these animals and so we ask for help. Little or much, any help is extremely necessary and welcome, so that we can continue to rehabilitate animals that are in difficulties in our waters. 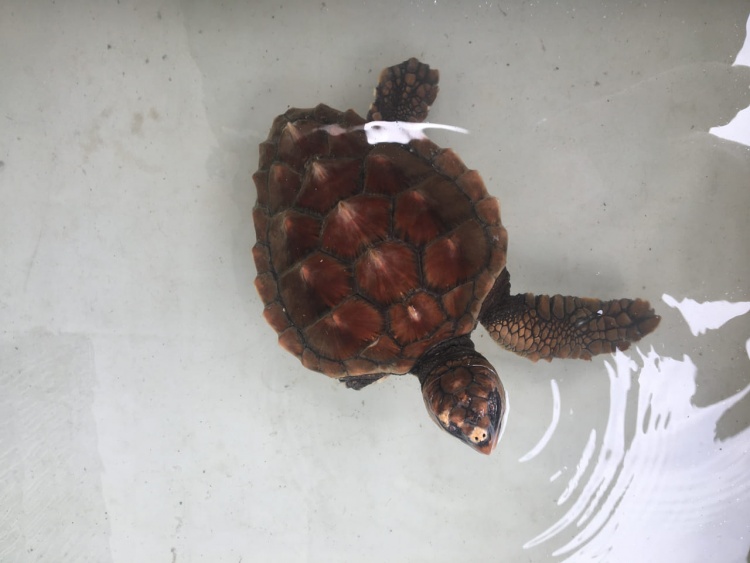 We are the research group of the “Turtle Project” at the University of Madeira. We have been working on sea turtles in the Region since 1994. Although our main objective is research, animal suffering does not leave us indifferent. We use our facilities to pro bono help these animals whenever they are brought to us, whether by citizens, or by the Arrojamentos Network of the Autonomous Region of Madeira, or by other entities such as the Maritime Police or GNR.

Thomas Dellinger - Associate professor at the University of Madeira, in Biology, Ecology, Behavior and Conservation.

- Carrying out the Master's thesis with sea turtles at EBMF, Madeira Island