WE ARE ALL ARLINDO MARQUES

Solidarity with Arlindo Consolado Marques in the suit filed by Celtejo-Empresa de Celulose do Tejo, SA, of the ALTRI Group

Solidarity with Arlindo Consolado Marques in the suit filed by Celtejo-Empresa de Celulose do Tejo, SA, of the ALTRI Group

Dear friends of the Tagus,

Arlindo Consolado Marques, a member and secretary of the board of the Deliberative Council of the proTEJO, is a riverine citizen of the Tagus who truly loves the Tagus, having lived on the Tagus River and lived with the river throughout his life.

Since the beginning of 2015 he has been reporting to the competent authorities the extensive and serious pollution that he began to observe on the river Tagus, which began recording on video and disseminating on social networks so that we could all know of the pitiful state that the river Tagus had arrived.

In many of the situations recorded in video and reported by Arlindo Consolado Marques, there is a strong suspicion that the existing pollution in the river Tagus comes from CELTEJO - Celulose do Tejo, SA, belonging to the ALTRI Group, or associated paper industries since this company was signaled by the Portuguese Environment Agency as a significant contributor to pollution occurrences in the Tagus River. 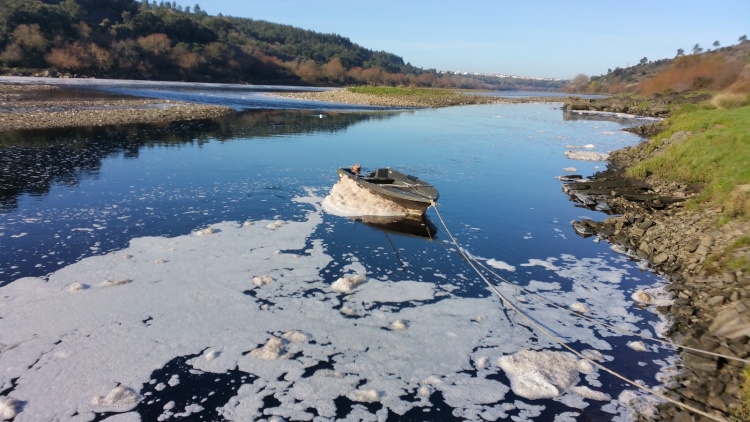 Unbelievably CELTEJO filed a lawsuit against Arlindo Consolado Marques for insults to its credibility and good name as a consequence of the denunciations that the same has made and divulged in the social networks on the pollution of the river Tagus, demanding the payment of a compensation of 250 thousand euros.

This action against Arlindo Consolado Marques is an action against all the citizens of Portugal and Spain who defend the river Tagus and against all defenders of the environment, consisting of an act of intimidation that tries to condition the constitutional right that all citizens have to express freely their opinion and the constitutional duty of all citizens to defend the environment.

Therefore, we must all be in solidarity with Arlindo Consolado Marques by committing us to take all steps so that he is not condemned for exercising his citizenship and for the action brought by CELTEJO to be an opportunity for a full clarification on the responsibilities for pollution of the Tagus River.

This is the time to repay and join us all to help defending Arlindo Consolado Marques as he has defended the Tagus River and its tributaries.

We call on all the citizens of the riverside communities of the river Tagus and its tributaries, in Portugal and Spain, to show solidarity now to help and defend those who, at the risk of their own lives, protect our rivers.

Arlindo Consolado Marques deserves and the Tagus also deserves it!

WE ARE ALL ARLINDO MARQUES!!!

We are a citizenship movement in defense of the Tejo called "Movimento pelo Tejo" (short for proTEJO) that brings together all the citizens and organizations of the TEJO basin in Portugal, exchanging experiences and information, so that they can consolidate and amplify the different actions of organization and social mobilization.

In order to defend the Tagus River and its tributaries, the constituent organizations of Movimento pelo Tejo, representatives of citizens, associations and environmental, sporting, fishing, cultural, agro-breeding, employers, trade unions, civic, autarchies, institutions, etc., express their interest in agreeing on the following nine fundamental and common points of protest:

1º. To defend the need for sustainable management of the Tagus river basin;

3º. Require the establishment and quantification of ecological minimum daily, weekly and monthly flows, reflected in the Tagus Hydrological Basin Plans, in Spain and Portugal;

4º. Defend the monitoring of the permanent compliance of the environmental flows;

5º. To reject the transvaes of the Tagus and to support the investigation of sustainable alternatives, based on the efficient use of water;

6º. Require the design of a project with a view to the desortification of the Tagus river and its navigability;

7º. Demand the quality and quantity of water from the Tagus river and its tributaries, in order to guarantee the various uses;

8º. Take action to help restore the natural river system and its environment;

9º. To value and promote the cultural and social identity of the riverside populations of the Tagus. 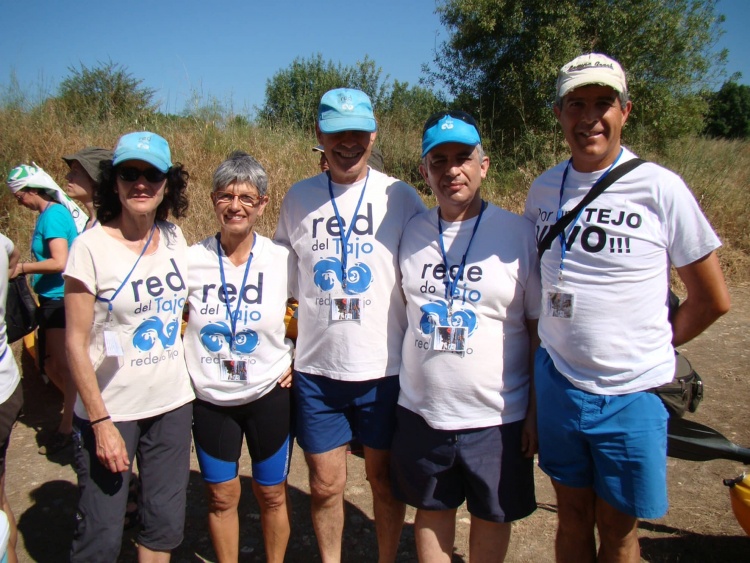 The value that is not used in the scope of the process will be destined to the fluvial restoration of the river Tagus.

635 members of the PPL community
support this campaign