Meia no Pé para Calais is a solidarity campaign created by a group of 3 young people from Leiria, Portugal to raise socks for refugees living in Calais, France. Our goal is to c...

Meia no Pé para Calais is a solidarity campaign created by a group of 3 young people from Leiria, Portugal to raise socks for refugees living in Calais, France. Our goal is to collect socks in Portugal until September 20 and then bring them to Calais.

After the end of collecting socks all over the country, the goal is to take them to Calais. For that reason, we would like your help covering the costs of:

- Gas needed to collect the donations throughout all the collecting spots;

Calais is a town in noerthern France, close to the Eurotunnel ferry port. For most of the refugees, Calais is the last stop before the U.K., where they have long been dreaming to arrive and get safe asylum.

Refugees have been in the area since 1999. In September 2016, the refugee camp known as The Jungle was home for more than 10,000 refugees. 11 months after the demolition of The Jungle, there are still asylum seekers, refugees, and migrants living destitute. Indeed, they live in horrid conditions with no form of shelter (still sleeping in the rain) and with no access to washing facilities. However, they remain as many of them suffered grave persecutions or/and violence in their home countries and for that reason, they are determined to start a new life in Europe! 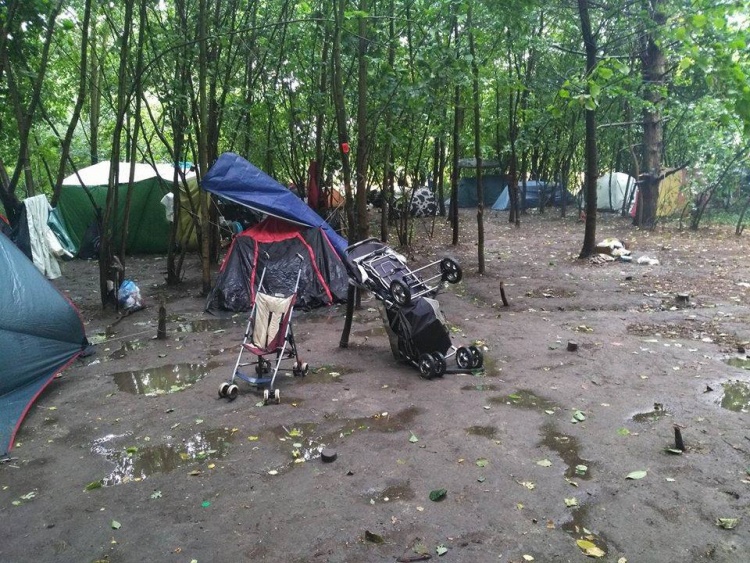 Help Refugees and L’Auberge des Migrants are among the main non-governmental organizations working in Calais. They point out that about 600 refugees are in Calais, mostly from Afghanistan, Ethiopia, and Eritrea. There are also refugees from South Sudan, Pakistan, and Iran.

MEIA NO PÉ PARA CALAIS AIMS TO COLLECT SOCKS FOR REFUGEES LIVING IN CALAIS SINCE SOCKS ARE RARE IN THE CLOTHES’ DISTRIBUTIONS THERE.

Help Refugees recently posted on their Facebook page that volunteers have been making socks out of rejected clothes!

Winter is coming and our goal is to collect the maximum amount of socks until September 20, and then take it to Calais!

We encourage you to donate male socks. They should be suitable for shoe sizes 40-43, as the demographic around Calais is predominantly male (96%), composed mainly of teenagers and young adults. 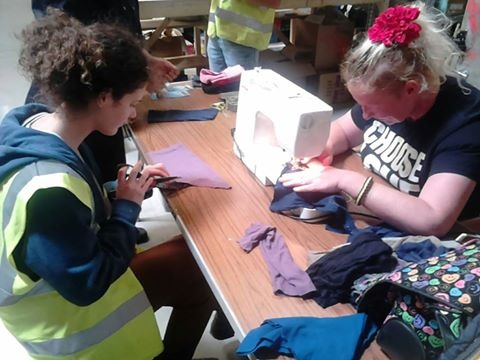 I’m studying a master in International Humanitarian Action in Warsaw, and at the moment I’m an intern in a project Refugees Welcome Portugal, in Lisbon. Last year I spent one-month volunteering in Calais with L’Auberge des Migrants and Help Refugees and since then I found that I want to work with refugees. I did my bachelor degree in Economics, however, I decided to change my field of study!

I’m finishing my master degree in Business Administration at ISCTE, in Lisbon. As a bachelor I did Sociology at Faculdade Nova de Ciências Sociais e Humanas, in Lisbon. At the moment I’m one of the members CASOTA Collective – an audiovisual production company.

I studied Audovisual e Multimédia as an undergraduate degree at Escola Superior de Comunicação Social de Lisboa, in Lisbon. I'm a musician at First Breath After Coma, and as Miguel, I'm also working at CASOTA Collective. 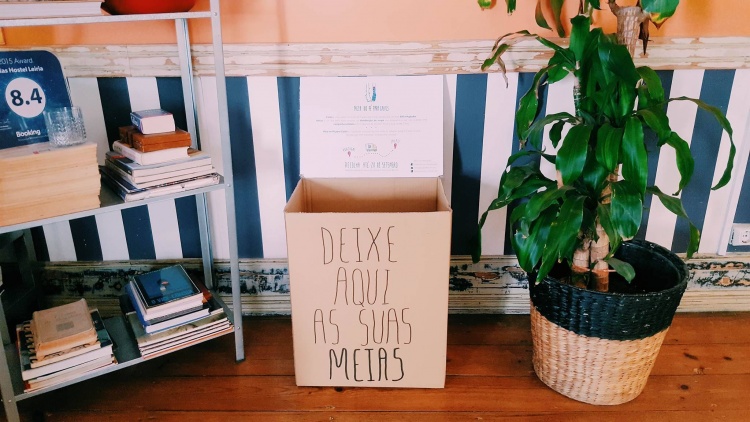