Women are flighting and will continue to fight!

On 08/03/2019, 30 000 women made history by taking to the streets, north to south of the country in at least 13 cities, screaming and demanding decent conditions for everyone.

But there’s a lot it still needs to be done. We did not wake up on March 9, 2019 with all are problems resolved.

Women still lack justice in the courts, continue to die the most in the context of domestic violence, as exemplified by the 21 females who have occurred in the country to date.

Therefore, we demand the creation of a National Observatory on Violence against Women; we demand the recognition of the crime of feminicide. Effective arrest for perpetrators and support for victims of domestic violence that in fact allow full and dignified release of the perpetrator. We do not accept that it is women who have to leave their home, often with children, while the abuser retains all his perks and privileges. 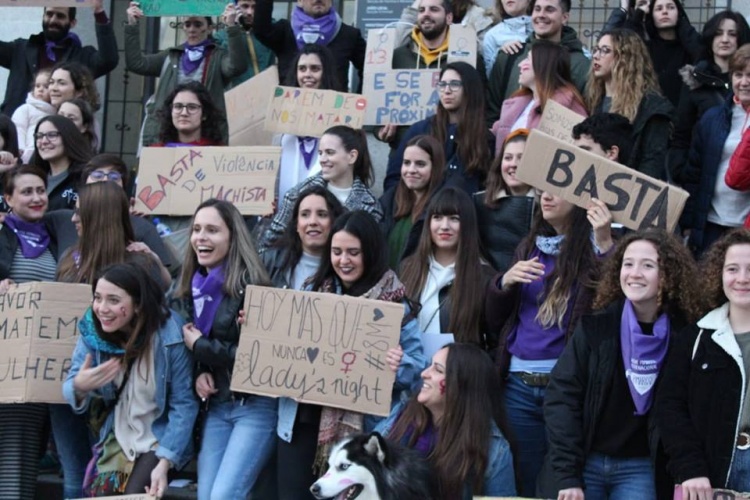 Women remain the role of caregivers, double and triple unpaid and invisible working hours. 4 November is the date, each year, that marks the last day of paid work for women, because of the pay gap. From this day on, we work for free.

Therefore, we demand the socialization of domestic tasks, with the creation of a national network of day care centers, senior homes and laundries and public canteens accessible to all.

It is women who are most exploited through the sexualization of consumption. We see our bodies exploited for marketing purposes while we are a niche market for unnecessary and / or overvalued products.

Therefore, we demand free feminine hygiene products and sanctions for companies that use female body objectification to sell their products.

You want to know more about us and our proposals, read our manifest!

The Feminist International Strike is called for 2020.

In Portugal and around the world, women come together in one voice to resist machismo, racism and lgbtphobia and to say: IF WOMEN STOP, THE WORLD STOPS! 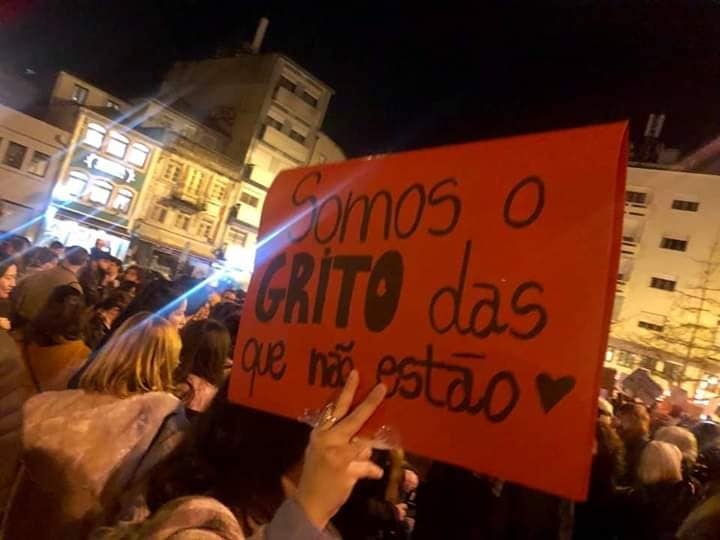 The 8 March Network was created in a national and international climate of women's revolt, as a response to the Feminist International Strike that began in Poland in 2016, where women struggled for equal pay for equal work; in support of the Spanish State companions and the "Feminist Huelga" that in 2017 stopped the whole country, with millions of women and men fighting for equality in 4 main aspects of women's lives; following the struggle in Argentina for the legalization of abortion; of the #NiUnaMenos movements and so many other women's emancipatory initiatives and their rights that have sprung up all over the world. The March 8 Network brings together a number of feminists, anti-racist, LGBT and immigrant rights and anti-precarious associations. It brings together many individual people as well as various social movements, collectives and political parties.

The Network originates from the organization of the March for the End of Violence against Women, which took place on November 25, 2011, and was consolidated from the promotion of the feminist mega-party, which took place on March 9, 2011. 2012, at ZDB (Lisbon), in which we celebrated the feminist struggle by inviting women artists from various quarters and bringing together hundreds of people.

The Feminist Strike is a proposal made by the international feminist movement, which calls for a women's strike as a form of protest and revolt in the face of precarious situations and violence that invade our lives. It is the world's largest women's movement of social disqualification in recent decades, happens on March 8, International Women's Day.

A strike is called that transcends the traditional meaning - the labor strike - to extend it to the sphere of social reproduction, the sphere of domestic and family care, as well as student life and consumer society. The International Feminist Strike aims to unite women from all over the world by building transnational solidarity, support and learning networks. 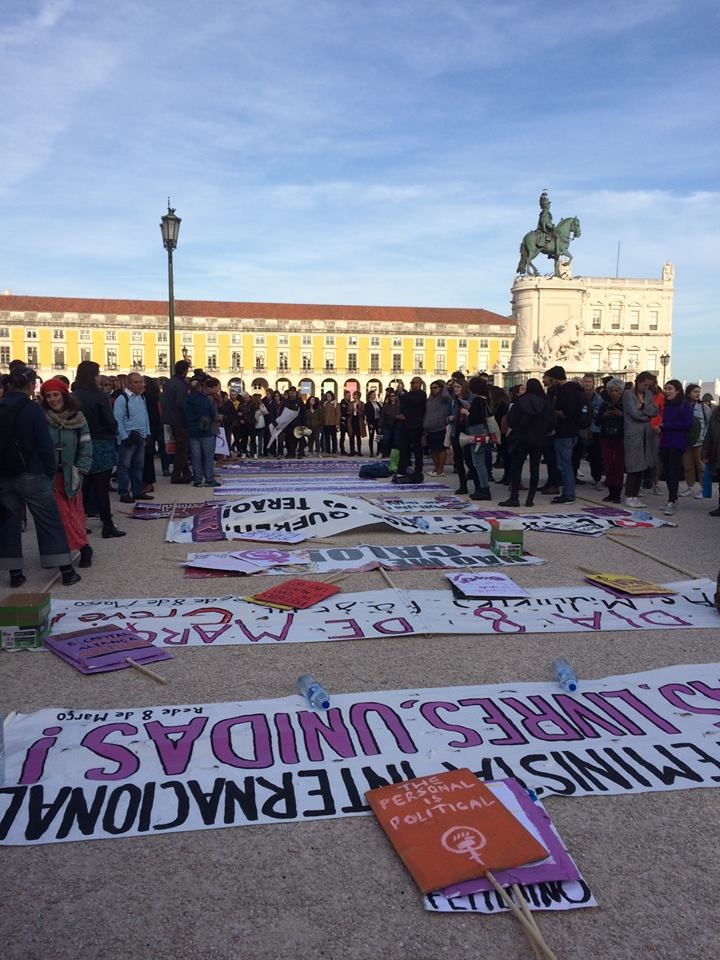 The funds raised with this campaign will be used for the preparation and implementation of the strike, so that this second year is even greater.

We want to make every effort to occupy the streets of this country in 2020, to have even more unions back up the strike and to stay active for the rest of the year as well.

The decentralization beyond the urban centers such as Lisbon and Porto of the network's activities (which will culminate in the 2020 strike) dependents on the personal and economic availability of women to be able to travel to all parts of the country from north to south to spread the word about the Rede 8M.

In the future we imagine Rede 8 de Março as a national feminist platform with its sections spread across the country, whose work goes beyond the 8th of march, where any individual, association, organization or collective can contribute to their construction.

We try to meet nationally on a quarterly basis. Our national meetings, in addition to being the basic decision-making tool of this platform, are the pivotal moments to share experiences and strengthen relations-ships. They are also provide the best atmosphere to do political elaboration and theoretical deepening. It is crucial for us to ensure that we can all participate without depending on our personal economic availability.

Your support for the Rede 8 de Março is crucial for us to be able to meet the expenses that come with our activism: from flyers and banners to media, travel, space rental and logistics, everything involves money and it is essentially in these areas that we will apply the funds raised through this crowdfunding.

Keeping in mind that the monetary efforts are multiplied by the sections we already have and those we hope to have in the future, this is the planning we made for the big journey ahead until March 8:

• Screens / banners: € 32 per unit (€ 384 for existing sections). We want to give visibility to the most sensitive topics and important dates, such as November 5th, representing the pay gap – the day women start working for free; International Day for the Elimination of Violence – November 25th and February 14th (Valentine’s Day) is an important date for a national campaign against domestic violence and relation-ship violence.

• Flyers / flyers / posters (which are one of the best ways to spread the word): 5,000 units – approximately € 150. These flyers are printed in high quantities. These values ​​also include stickers.

• Our scarves have become our identity symbol and have a production cost of € 130.50 per 150 pieces.

Let us make sure that the success of the International Feminist Strike here in Portugal is only dependent on our strength and willingness to win!