running in memory of my friend Dr. Paula Tavares

running in memory of my friend Dr. Paula Tavares

This November the 3rd I will be running my first ever marathon in memory of a dear friend, Paula Tavares, who would have been celebrating her 47th birthday on that day.  A car accident, caused by the negligence of others, took her life ten years ago and left us all poorer.  Some of you have been lucky enough to have met Paula. She was an incredibly inspiring woman, a kind person, always putting others’ well-being above her own, a talented scientist who worked relentlessly in support of many causes dear to her, from environmental to social justice, animal rights, women’s rights and equalities.

I first met Paula in the summer of 1995 when I was holidaying in the Azores. I heard that a few folks were going scuba-diving one afternoon and I invited myself to go along. Paula was one of those people and she immediately made me welcome and ensured I had the best experience even though she had just met me. I was so touched that I sent her a postcard later that summer thanking her for her generosity. I didn’t think I would see her again. Then a couple of years later, our biology studies took us both back to the Azores and we became good friends. Paula was and will always be a great source of inspiration for me. She was very brave, never shied away from challenges or looked the other way when faced with uncomfortable situations. She was always engaged with many struggles, extremely hard-working and dedicated, sometimes to her detriment. But she was also a lot of fun, she had such funny anecdotes of her life to tell, and an ever-present contagious laughter. Paula enriched mine and many others lives and I want to remember her through running and fundraising. 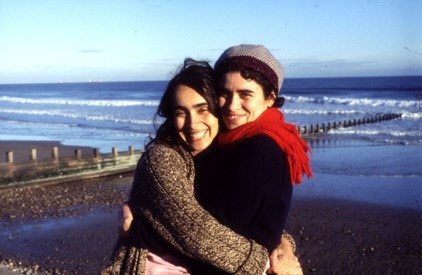 An Association was set up in 2013 in her memory, by Paula’s parents, husband and friends, which aims to continue supporting Paula’s many activisms in a rural region of Portugal that was very close to her heart.  I will be very grateful if you would support this Association. Your donation, big or small will count and will go to this specific project:

“Educating on citizenship, equality and human and environmental rights”

An education in citizenship, equality and human and environmental rights is more urgent than ever in our schools, given the climate emergency, the dwindling access to unpolluted water in parts of the world, the catastrophic decline in biodiversity and the poverty cycles arising from those.

Associação Fragas Aveloso has organised events in local schools and in its own premises focussed on these themes for children of various age groups. This school year 2019/20, the sessions will focus on the following subjects:

The Association Fragas Aveloso (named after the village where it’s located in) was set up in 2013 in Paula's memory to continue supporting Paula’s many activisms in a rural region of Portugal that was very close to her heart,  located in Sao Pedro do Sul, District of Viseu.  Below you can read more about the great work in the area of environmental protection, science, culture and community, that Fragas Aveloso undertakes.