Three newly licensed in architecture, moved by the same convictions embraced the challenge to participate in an overseas course promoted by the Open Online Academy. The theme “Designing Emergency Shelters” immediately raised the attention of the team that is mainly interested in humanitarian and social architecture.

The goal was to design a shelter for the victims of wars and natural disasters. The challenge was to create affordable and easy to built proposals. It’s with great satisfaction that the Cross Hands Team knew that had won first prize of this competition.

Theirs work will be exposed between day 1 and 12 of December in the headquarters of the United Nations in New York. At the opening of the exhibition there will be a conference, where the team can present the project created to give a shelter to the Syrian refugees. Once the Academy doesn’t hold in any fees the prize will be the rare opportunity to self promote with the most important organizations of the area. In attempt to not lose such opportunity, these three young girls are seeking for support that allows the trip to New York, showing that despite being unemployed and also in times of crisis, there is always a place for those who are not disconnected from theirs beliefs despites the profession. 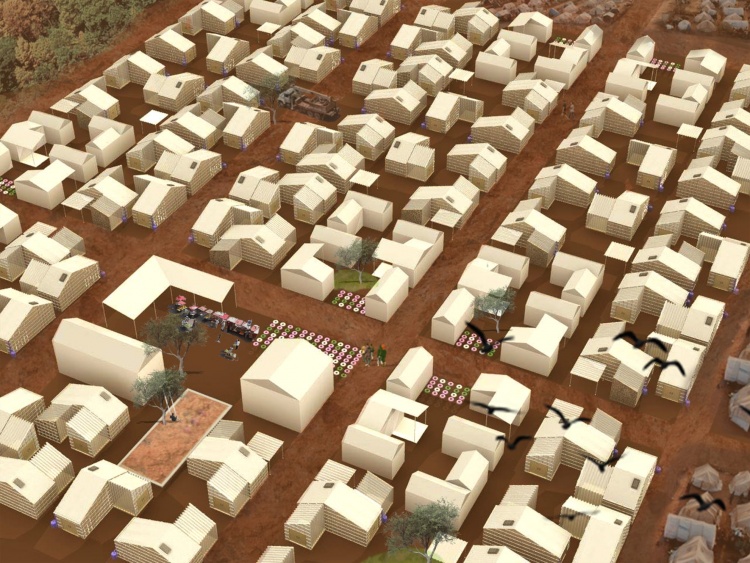 Although their dissertations have been leaning in different themes, all three be- lieved that architecture should be above all in a way to promote the humans dig- nity specially refugees and right to housing. We’ve attended together the same course of architecture in the Lusiada’s University of Porto; the different personali- ties of these three young architects made it possible to balance and strengthened the creation of this project. 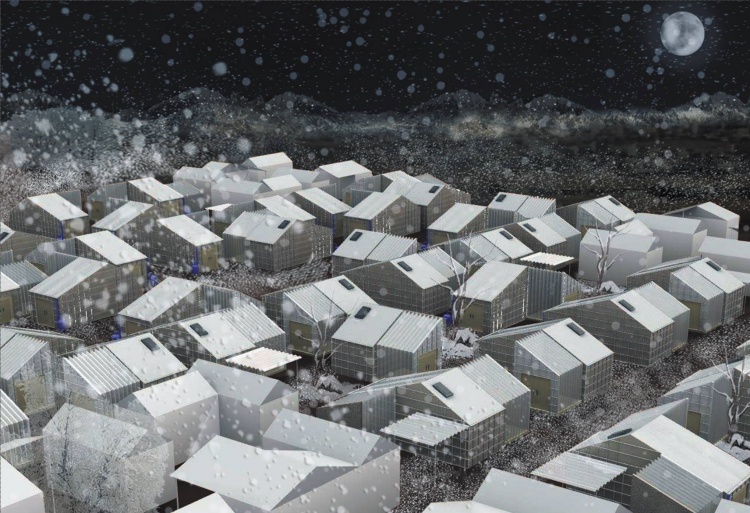 Ângela, with 28 years old, was born in Porto and ended his academic career in the year of 2013. Her thesis theme for the master degree was “Earth Architecture – A viable answer to a society in risk”; and it’s focused on current issues such as, architecture and the environmental problems, the use of earth in architecture for the undeveloped countries and also it’s focused on the applicability of these techniques in Portugal. During the “Designing Emergency Shelter” course Angela was responsible for the representation and final delivery of the project.

Joana is 26 years old. Born in Porto, Joana ended her academic career in 2013. Her thesis theme for the master degree was “The social function of the architect – the architect’s intervention in extreme situations”; and it’s focused on topics such as economic, social and climate problems, also the lack of housing in most of the undeveloped countries, the poverty, social exclusion and self-disaster victims and final human rights – the right to housing. Her intention with this study was to find answers to the global social crisis. . During the “Designing Emergency Shel- ter” course Joana was the Concept Designer.

Carla, with 25 years old, was born in Funchal and currently she lives in London. Carla ended her academic career in the year of 2013. Her thesis theme for the master degree was “Africa, architecture of emergency. Bamboo-Slum between the economic, social and environmental problems”; and it’s focused in themes such as environmental problem connected with the climate changes and natural disasters, economic problems that mostly have contributed for the civil wars in the undeveloped countries and finally the study it’s focused in the social prob- lems, such as, lack of housing in some areas, poverty, social exclusion present in the Sub-Saharan Africa. During the “Designing Emergency Shelter” course Carla was the Leader Designer.

We want to raise this amount (until November 24) to help with the expenses inherent to the airplane trip to New York, between November 27 and December 4, 2014, in order to present our project at the United Nations. The price of the plane trip will cost about 600 euros each. If we can have this amount will be a good help. If we can raise more money, this will be used to help the remaining costs of the trip. Contact: crosshandsteam@gmail.com