Agroecology in Motion: Documentary about Communities that Support Agriculture

We want to make a documentary about the Associations for the Maintenance of Proximity Agriculture (AMAP), also called CSA's, a movement for social transformation around food as ...

We want to make a documentary about the Associations for the Maintenance of Proximity Agriculture (AMAP), also called CSA's, a movement for social transformation around food as a common good. Support this project for a more just and ecological agriculture!

What we intend is to make a documentary where we show that it is possible to do agriculture in a fairer and more ecological way, which is already happening from North to South of the country with the Associations for the Maintenance of Proximity Agriculture - the AMAP's, also known as CSA's - Community-Supported Agriculture.

An AMAP/CSA is formed when a group of people decide to make a commitment with local farmers to associate and share the risks and the abundance of ecologically cultivated production.

An unusual relationship of solidarity is born, in which there are no longer two parties with different interests. People stop consuming goods from afar and become co-producers, taking care of the common good: food and those who produce it.

In Portugal there are currently 8 of these groups in operation, with about 300 people involved in a model of production and purchase without intermediation, cultivating a relationship of trust, shared responsibility and mutual support. Thus contributing to a more dignified life for those who produce with care and quality what we eat and at a fairer price for all.

We want to make this movement more visible, a movement that is in favor of food sovereignty and which is regenerating the relationships between those who produce and those who buy, whilst also regenerating soils, and preserving landscapes and agricultural varieties, the basis of gastronomic traditions that warm our memories.

Beyond the historical importance of documenting the advances of the AMAP/CSA movement in Portugal, we hope that the documentary will have a multiplying effect, motivating others to replicate this model.

The goal of this campaign is to raise 3000 euros that will cover travel, accommodation, food, rental of audiovisual equipment and a symbolic contribution for the 2 audiovisual technicians. 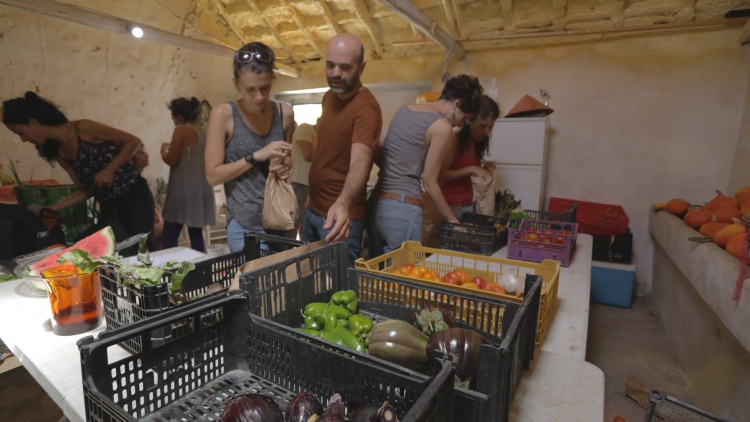 Objectives of the documentary

Between Odemira in Alentejo Litoral and Alfândega da Fé in Trás-os-Montes, we will travel about 1300 km to film the wanderings of those who participate in this unique way of doing agriculture.

This trip will be documented to create a visual tool, which communicates and describes this model in a comprehensive way, to the general public and to those who do proximity agriculture.

The documentary will seek to:

An AMAP is Movement.

A movement that starts from the cultivation of our own food, together, to then reflect and intervene locally in the world around us. 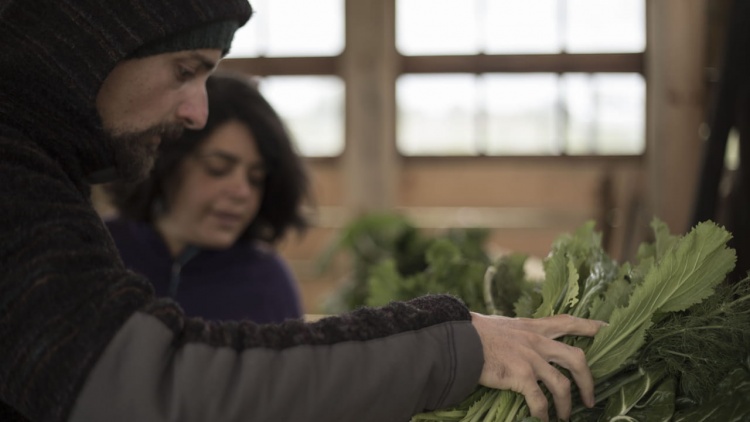 Outros Ângulos Produções - It is a collective that uses video as a tool for struggle and social transformation, from a perspective that sees it as a form of communication that must be within reach of all those whose dreams do not "fit in this world".

REGENERAR- The Portuguese Network of Solidarity Agroecology, REGENERAR, brings together Community-Supported Agriculture (CSA) initiatives from Portugal, also known as AMAP (Associações para a Manutenção da Agricultura de Proximidade). The informal network was established in 2018 and currently gathers 8 collective members / CSA groups from North and Southern Portugal. Each member has different scales and specific modes of operation but all agree with a common Charter of Principles* that defines the guiding principles: agroecology, human-scale relationships (without middlemen) and food as commons (and not a commodity). Regenerar is a member of the International Network Urgenci and organizes an annual General Assembly to define networked strategies and to integrate new members.
* Charter of Principles (in Portuguese): https://amap.movingcause.org/carta-de-principios/
Members (as of December 2020):  AMAP Alvalade / Sado, AMAP Gaia, AMAP Guimarães, AMAP Famalicão, AMAP Matosinhos, CSA Partilhar as Colheitas (Montemor-o-Novo), AMAP Maravilha (Palmela) e AMAP Porto. The budget is around 3000 euros

700 euros - travel (The audiovisual team is from Setúbal, and we will travel to the North twice and to the South, a minimum of 1200 km)
200 euros - acommodation and food (we will preferably find shelter with friends, AMAP producers and co-producers, however it's necesary to have this allowance for any eventuality).
500 euros - rental of equipment (This value is extremely low when it comes to audiovisual equipment rental tables, because we will only need to rent a hyper directional microphone, a perche and the multi-track audio recorder).
700 euros for human resources for audio capture and post-production.
700 euros for human resources for making, scripting, capturing and editing video.
300 euros for rewards and PPL's percentage

The script is written and we intend to start filming a few weeks after the end of the crowdfunding campaign, at the latest, in early February. We will be filming until mid-April. We predict that the editing, video post-production, sound design and audio post-production will be completed by the end of July.

We intend to participate in film festivals that open in autumn 2021.

117 members of the PPL community
support this campaign