Short film about the son of a butcher who, unhappy working in the family business, avoids meat because he doesn't have the courage to admit to his Father that he wants to be...

Short film about the son of a butcher who, unhappy working in the family business, avoids meat because he doesn't have the courage to admit to his Father that he wants to be a vegan.

Álvaro works unhappy at his father's butcher. Álvaro wants to be a vegan but doesn't have the courage to take over because the father wants the business to pass to his son. Álvaro, as he doesn't want to touch meat, makes and sells vegetable hamburgers. Pai receives a complaint about the alleged meat and goes to Álvaro in search of explanations.

Bégan is a comedy about a father-son relationship. It is intended to portray a generic episode that explores discordant personalities within the family context. The premise of the story starts with Álvaro being unhappy at the Father's side for wanting to be a vegan, with the aggravating factor of this desire being incompatible with the Father's will that the business pass on to his son.

This film seeks to awaken a set of sensory and visual interpretations, using photography based on red and green colors, taking into account the semiotic representation associated with meat and veganism, respectively, and in natural light.

As an author, I intend to portray, as in a short story or a fable, the confrontation of a traditional family with modernity. And so, emphasize how human relationships are the solution to most adversity.

The theme of Veganism does not come from a moral motivation, that is, it is not intended as a deterrent, nor an appeal to the vegan cause. The theme is seen as a characteristic of the protagonist and, consequently, of the story, and reveals its relevance as it is increasingly present on the public agenda.

This film is being developed as the final project of the Master's in Audiovisual Communication - Specialization in Audiovisual Production and Directing at the School of Media Arts and Design - ESMAD. The team is made up of students, alumnis and professionals in the field of cinema.

After this period of two atypical years, which made it difficult to produce and carry out film projects, our team is motivated and confident in the production of this film, dedicating itself daily to its realization.

So that this story is produced and this film materializes with the color you need, we organized this campaign, so that it is possible to ensure the minimum, and essential, for its realization. This financial support will serve to achieve the creative intentions of the departments of image, art, production, as well as Covid-19 security and measures. 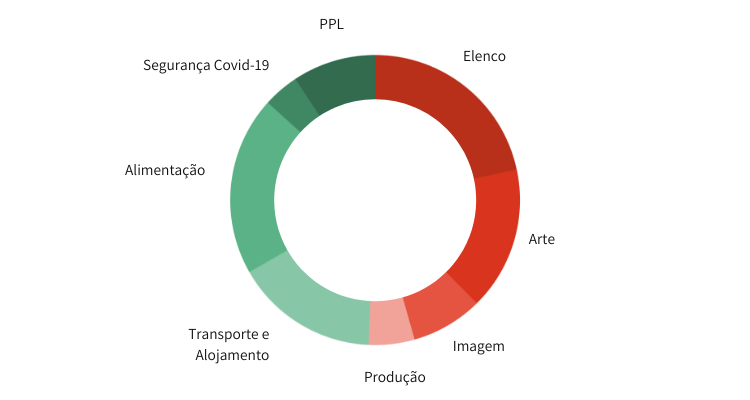 To reach our goal, any help is welcome and means a lot to us! To thank everyone who can contribute to this campaign, we designed some rewards, so that you can live with us a little longer in this project.

The totebags and t-shirts are designed by Paups. In addition to these rewards, we also have the signed poster for the short film, access to the movie's preview, exclusive behind-the-scenes content, video dedications and even the option to become an investor or executive producer!

In addition to this campaign, we will be active on our social networks, where we will update all our followers and supporters with information and news!

Important: if the defined goal is not reached within the deadline, the amount will be returned to each of the supporters.

Failing to contribute to this crowdfunding, we will be grateful to share with acquaintances, family or friends. In this way, we will make more people able to be part of this journey.

Thank you very much and see you soon!

79 members of the PPL community
support this campaign