Even before the end of this year, Azeituna will launch its new record, entitled Blue. Color of Olive Oil and the inspiring horizon that allowed the elements of the group to make their way through the limitations that we all had to face. With effort, planning and due care, we turned the nail on the nail. Azeituna transformed this time, which seemed to be marked by cancellations, postponements or inactivity, in a moment of inspiration and concretization, by building this record work that inhabited his imaginary for some time. The motto was given by a poem kept in the drawer for years. In his verses the author, an Azeituno, said: “love should have color, blue would have to be”. As soon as the first proposals to make it come up, we understood that we would quickly have more and new material to register and edit. Between original themes and striking musical arrangements of the group's current events, a line was created that will take you to this horizon in shades of Blue. 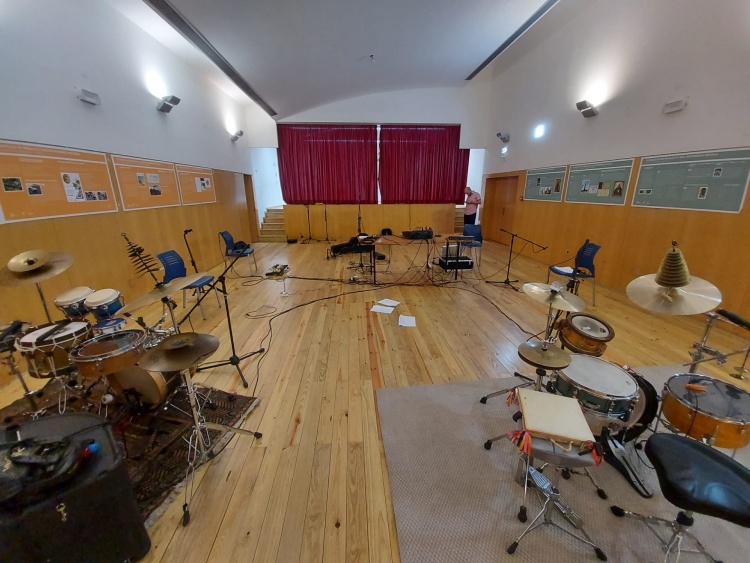 Azeituna is a cultural group belonging to the University of Minho, born in 1992 in the midst of the creative and irreverent turmoil that flourished in this prosperous academy. Throughout its history it has been awarded multiple times in several festivals and has taken its music to more than 20 countries, traveling several times in Europe, Brazil and North America.

In his discography there are 6 recordings to which is now added the disc “Azul” that we present here.

Azeituna is also a reference for the organization of the CELTA festival, a thematic festival that has been taking place in Braga, in the Main Room of Theatro Circo. An event in which, over the past few years, homage was paid to the memories of the cartoons that marked childhood, traveled through the soundscapes of South America, received the warmth of Africa and revisited the enjoyment of the 80s. Illustrious guests such as Azeitonas, Bonga, Júlio Pereira, Daniel Pereira Cristo and even the colorful spectacle of a samba school coming directly from the state of Minas Gerais in Brazil have already passed the stage of this festival. At the beginning of each academic year, Azeituna also welcomes new students from the University of Minho with the organization of Arraial Azeiteiro, thus creating a great moment of celebration, conviviality and integration dedicated to all those who are preparing to start another year at our gym.

The total cost of producing the CD will be € 7400, which we present divided in installments below, to facilitate the reading and interpretation of the expenses of the same.

The amount requested via crowdfunding corresponds to 30% of the total cost of production, and the remaining amount will be self-financed and acquired through partner institutions and entities.