Recording and Edition of the CD "TUMa 25 Anos"

This will be the 2nd CD of TUMa, a wish with more than 10 years!

This will be the 2nd CD of TUMa, a wish with more than 10 years!

"TUMa 25 Anos" will be the 2nd CD of the Tuna Universitária da Madeira, 24 years after the release of the 1st CD - "Madeira dos Estudantes" (also sold on tape: D), a project long desired by the elements of this group. This album comes at TUMa's 25th anniversary celebration, a very important year for this large family and the realization of this project will be the best part.
The album will consist of original songs created over the past 24 years, and covers from other artists who inspire us, such as the great Max (Maximiano de Sousa).

Thanks in advance for all the support and hope you enjoy the cd :) 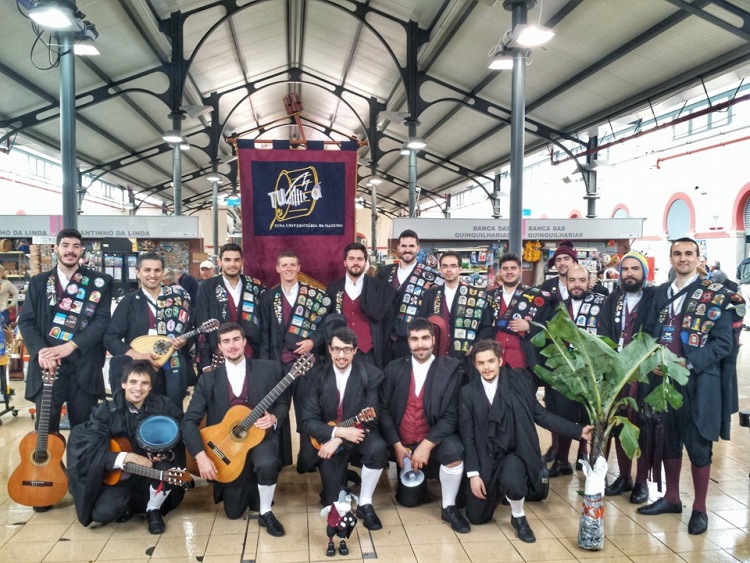 The Tuna Universitária da Madeira began its activities in September 1995, but was formed in April 1994 as female and male group. On March 13, 1998 the Association called Tuna Universitária da Madeira (TUMa) is formed. TUMa's main objectives are to promote the spirit and academic life both in the university environment and in the socio-cultural life in which it operates, to promote exchange with other national and foreign university courses and to bring the name of its University and its Region to the various corners of the country and abroad. One of the strategies adopted by TUMa to achieve its objectives is the annual organization of the University Tunas Meeting of Madeira (ETUMa), which has been held since 1995. By tradition, the highest point of the event, namely the performance of the Tuna Universitária da Madeira and the invited tunas is on the first Saturday of December. During the various days of ETUMa socio-cultural activities are also organized for visitors. Throughout its existence, it has participated in several festivals and "tunistic" events, not only within the country, but also abroad. We can almost say that they have traveled the four corners of the world, attending events in Chile, Canada, Paris, Spain, Austria, Thailand, Macau, China, South Africa and Venezuela. TUMa published its first album in October 1995, titled “Madeira of Students” TUMa has been sponsored by TAUA (University of the Azores Academic Tuna) since April 1994. We have been twinning with ISEP's Female Tuna since December. 1996. In April 1997, TUMa sponsored the Tuna D'Elas - Tuna Feminina of the University of Madeira, and in October 1998 also sponsored the Tun'UMa - Tuna Mixed of the University of Madeira.

The support is intended to cover the missing part for the recording, production and mechanical reproduction of the CD.

Recordings are expected to begin in June and the CD will be released in December 2019 at the XXV Meeting of University Tunas in Madeira.

12 members of the PPL community
support this campaign