Challenge yourself in 77 words! The game that will make the little ones write with pleasure

The 77-word challenges have had kids writing happily for 9 years. This box of unprecedented and fun challenges will awaken the passion for writing. Challenge yourself!

The 77-word challenges have had kids writing happily for 9 years. This box of unprecedented and fun challenges will awaken the passion for writing. Challenge yourself!

We reached our first target of € 3700, which means that the game Challenge Yourself! Write in 77 words will become real. All supporters will receive their chosen rewards. Thank you very much!

We believe that discovering a passion for writing is essential in any language. The interest shown by our supporters, show that they think so too.

We now want to reach a second goal of € 7500, which will allow us to adapt, translate and produce:

Our campaign is not over yet. It is on until the December 4th.

You can still support our campaign and choose to receive your boxes from this fun game.

If you choose this writing challenge game for yourself as a reward, you can choose the language you prefer, English, Spanish or French (type it in the private comment section when making your donation). Please be aware that the English, Spanish and French versions will only be ready in February 2021 and will only be produced if we manage to reach the goal of € 7500.

If we do not reach the new goal, whoever selects another language in the reward, will not be left empty-handed, they will receive the Portuguese version of our writing game.

The Portuguese version will be ready at the end of the first half of December.

The game Challenge youself! Write in 77 words , based on the concept of “stories in 77 words” (77palavras.blogspot.pt)  has been working on texts everywhere, since 2011. With the implementation of the Re-Word-It project in some schools, we realized the need of creating teaching materials that could be used in the classroom, in order to encourage writing and the ability to overcome the fear of failure. The number of participations in the challenges shared on the blog, as well as the growing demand for writing workshops for children during the last year, showed us that this need also extends to the families at home.

This game is a 60-card deck that proposes writing challenges based on letters, words, ideas, or mathematical concepts. The goal is to write a text with more than 77 words and then improve it, by cutting and editing.

Challenge yourself! Write in 77 words , is intended for children from 6 to 12 years old and for educators, teachers, parents, tutors and all of those who are involved in learning and education. It can be played individually or in a group, at home or at school.

The challenges are already created and the design is thought out. We now need your help to put this idea into practice and bring a seed to children that will make them grow not only in enthusiasm for writing and reading, but also in autonomy in creating and revising texts. 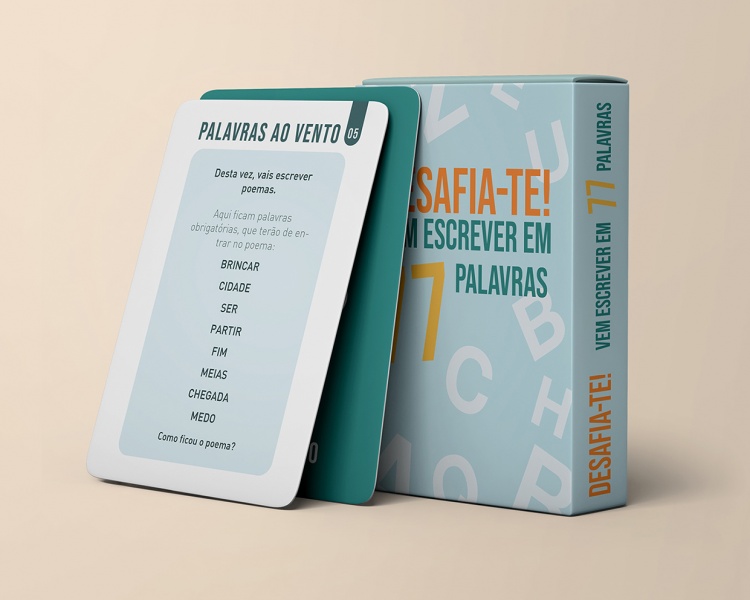 The Re-Word-It - Play seriously with words project was created by Associação Cultural Trilhos das Palavras to return enthusiasm and curiosity to the learning process. This project focuses on new approaches to reading and writing, through games of words and thoughts, promoting the ability to generate ideas and bypass the block in writing. This is how cognitive and emotional intelligence works, focusing on attention and motivation as a gateway to the development of creativity and curiosity, the true anchors of learning. 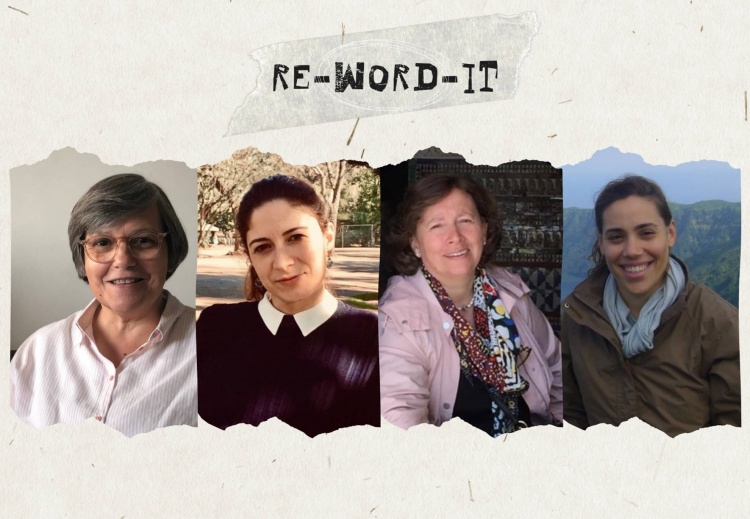 The amount of 3700 euros includes 3350 euros for the design, the production of 500 boxes of Challenge yourself! Write in 77 words and postage costs; and 341.33 euros for commissions.

If this campaign is financed, we will send 10 copies to institutions of solidarity and support for children and young people, so that the desire to write can reach everyone.

The game Challenge you! Write in 77 words  will be ready to be sent at the end of the first half of December.

This is the list of institutions of solidarity and support for children and young people who will receive Desafia-te! Write in 77 words :

161 members of the PPL community
support this campaign