VACALOURA.pt - Take the next step

VACALOURA.pt is a voluntary project that aims to conserve the European Stag Beetle populations in Portugal. For that, it invites citizens to record their sporadic sightings of t...

VACALOURA.pt is a voluntary project that aims to conserve the European Stag Beetle populations in Portugal. For that, it invites citizens to record their sporadic sightings of the species, it's trying to implement the european monitoring network protocol and is developing a highly focused environmental education campaign to engage more citizens in the conservation of this species and its habitats. Your support is necessary to allow this project to take the next step and develop new studies...

The stag-beetle (Lucanus cervus) its an iconographic beetle, protected by law and a symbol of the Portuguese native forests. This species depends on broadleaf trees with big dimensions and its conservation status in Portugal it's considered "Unknown". 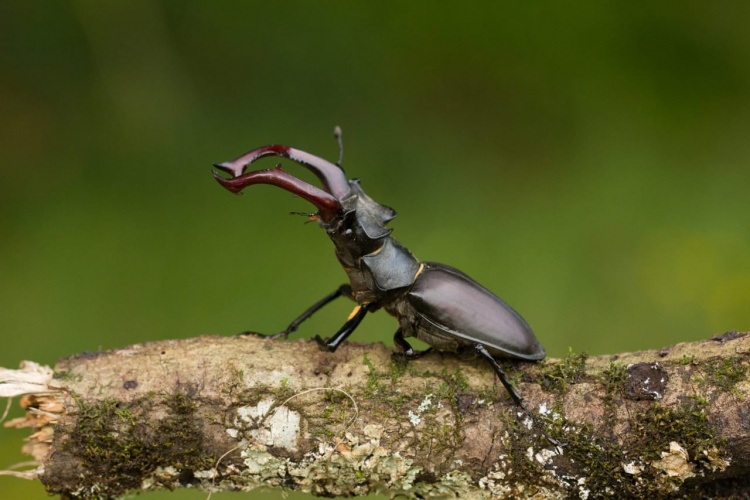 After 2 years of voluntary work towards the conservation of this species and its habitats, the VACALOURA.pt Project needs your help to give the next steps.

With only two years of work, we were able to compile data that allowed us to double the known distribution area of occurrence of this species in Portugal. With the increase in knowledge, several questions also need to be answered, although its impossible without some extra help. Furthermore, the project it's becoming impossible to manage without some funding support.

The objectives of this crowdfunding are: to improve our platforms and reinforce the educational component of the project but also to confirm some places where the species might occur in Portugal, developt genetical studies regarding the national populations and access what could happen to the species in the future, regarding global changes like the ones predicted to the climate and soil use. These are the next steps that we hope to achieve, but your help is necessary, now more than ever.

Your support is vital to achieving these objectives, and hopefully will bring other funding opportunities that will allow the project to be more sustainable in the long term.

VACALOURA.pt is a 100% voluntary project which aims to involve citizens in the conservation of the European Stag Beetle (Lucanus cervus) and the other species of beetles of the Lucanidae family (Lucanus barbarossa, Dorcus parallelipipedus and Platycerus spinifer) in Portugal, by compiling data regarding the distribution and population status while developing an environmental education programme. It was born of a partnership between the Associação Bioliving, the Wildlife Unit of the Department of Biology of the University of Aveiro, the Portuguese Society of Entomology (SPEN) and the Institute for the Conservation of Nature and Forests (ICNF), and its the result of a shared interest and the combination of different valences and areas of action of each entity for the conservation of these species. 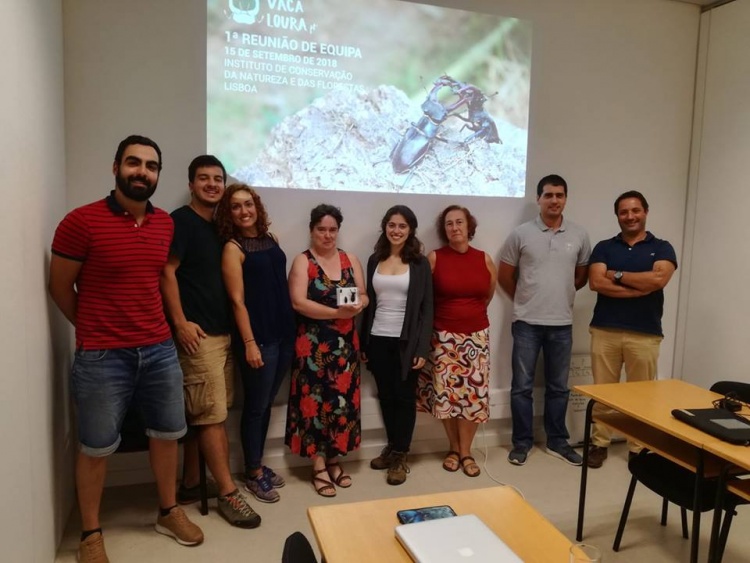 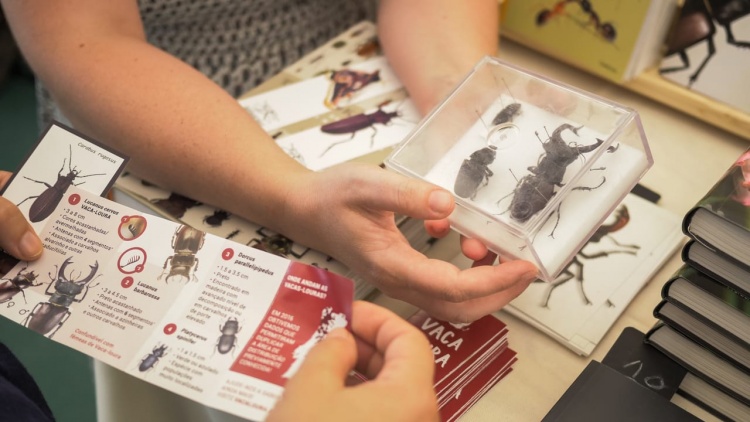 The European Stag Beetle is an emblematic species with a high iconographic value that, due to its unique morphology and size, becomes easily identifiable. It is a species that resides in the Portuguese imaginary, reflected in the diversity of names by which it is known in our country and because it is associated with numerous popular traditions. The species is associated with forest habitats, mainly forests with large deciduous trees. It is a protected species at European level and is classified as "Near Threatened" (NT) by the International Union for Conservation of Nature. The combination of its cultural value with its protection, coupled with its dependence on native forests in Portugal, allows this species to be considered as a symbol for the protection of native forests and organisms that, like it, decompose dead wood during its lifetime, and that are essential to promote the sustainability of our forests. 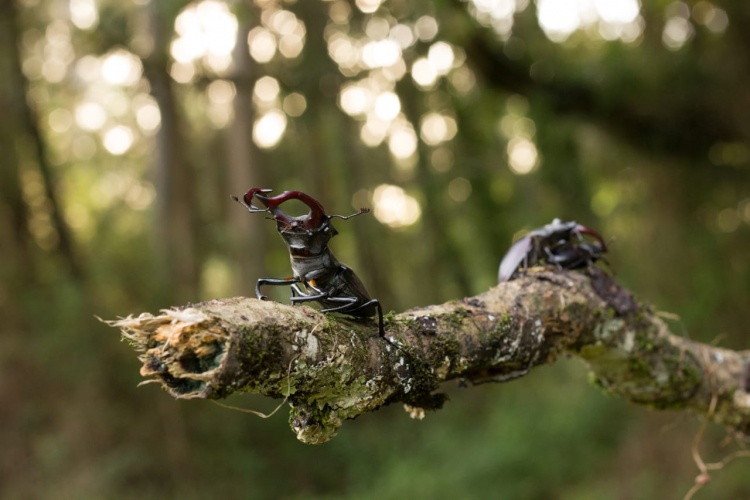 In Portugal, there is very little information on the European Stag Beetle, and evidence of this is that its conservation status was categorized as "Unknown" by the ICNF.

Since its implementation in 2016, the VACALOURA.pt project has been able to duplicate the known distribution area of the species in Portugal, thanks to the volunteer work of the team and above all of the citizens who supported us by registering their observations. Now, in order to take the next step in the conservation of this species, and its similar ones in Portugal, some funds are needed to carry out new studies on the species, especially on threats such as climate change, which will affect it in our country in the long term . The funds requested will also strengthen the educational component of the project thus allowing to reach more people. 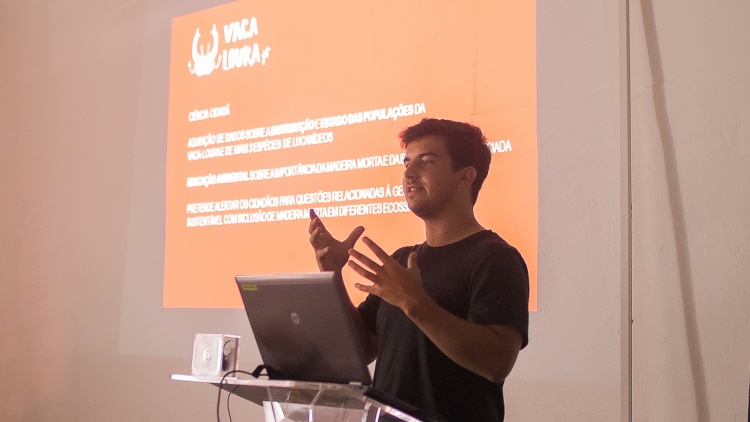 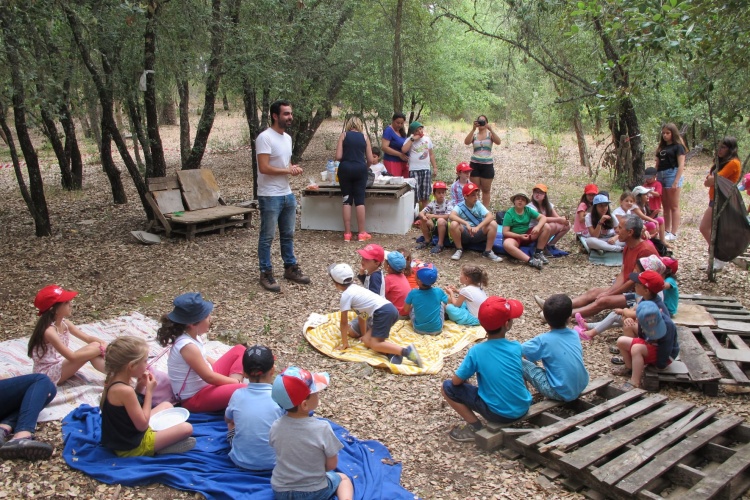 Although the project started voluntarily in 2016 and until today we have already achieved excellent results, without this support we cannot keep the project running.

We hope that this support will make the necessary leap and that it will attract further sustainable sources of financing in the long term.

The funds raised will be used to:

We expect that this value will allow the project to be maintained for at least another two years, starting in 2019 the genetic studies of the species and the scientific / educational expeditions. We expect that the platform improvements will be ready even before the stag beetle flies again (May 2019) and that all the didactic / scientific material will be ready at the same time.

209 members of the PPL community
support this campaign