"After the last Rallye Casinos do Algarve, where i proved that with equal weapons i can get victories and consequently fight for the supreme title in rallying in Portugal, it's...

"After the last Rallye Casinos do Algarve, where i proved that with equal weapons i can get victories and consequently fight for the supreme title in rallying in Portugal, it's time to take the step that was missing. At this point, I can forward that i have about 50% the virtually guaranteed project, but to really accomplish it, I need your help and from who you know. Thanks to all for the support and for all the messages I have received! Here is the opportunity to contribute, by support...

Ricardo Teodosio, nicknamed the "spetacle pilot", needs no introduction in the Rallys family in Portugal. For 2016, the pilot intends to finally construct an ambitious project to vie for primacy in the increasingly competitive national championship.

For this project we will use a known team  in the area and the vehicle will be, predictably, a Ford Fiesta R5, as happened in the last race of the 2015 championship. For return of your investment, be it large or small, We will give, beyond a list of prizes, what is essential for us: effort, commitment and dedication, which will boast all the participants in this project. 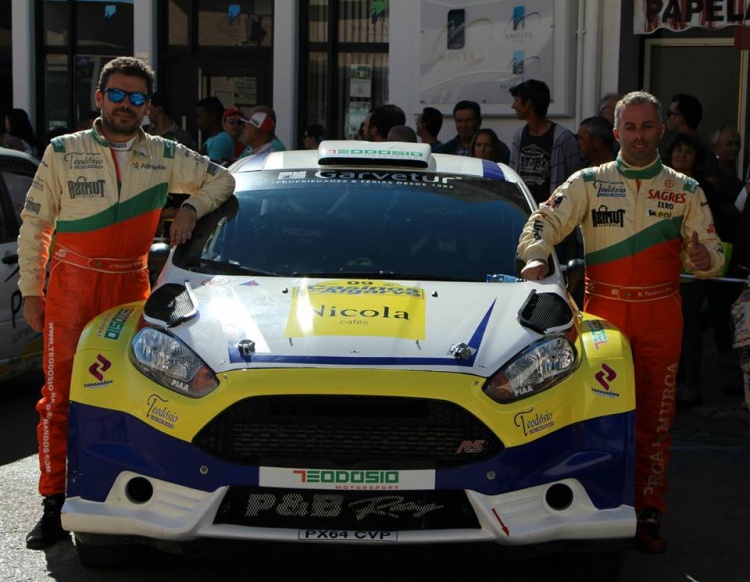 Ricardo Teodósio has been, over recent years, one of the leading national rally pilots, winning four national runner-up of the production group and several high level performances, which have earned him the recognition between his peers and the general public, that almost unanimously consider the Algarvian pilot one of the most spectaculars of Portugal.

Last year, the pilot was worried solely on assembling the 2016 project that passed through fight by the top title in the Portuguese Rally championship. This preparation involved the participation in the last Rallye Casinos do Algarve with the car with you want to align next year (Ford Fiesta R5) in order to demonstrate, in the best way, its real value and financial return that will provide to the partners of this project.

The National Rally Championship takes place between March and November and consists of eight events, whose scrutiny of the scores, after added, shall determine the final result. The budget for a championship under such conditions is divided by the rental of the vehicle (at km with assistance and gasoline), secure of the vehicle, tires, registration, marketing costs and advertising costs for travel and subsistence and ultimately the essential training .

The total amount budgeted for this project exceeds € 200,000 and the value placed here in this "crowdfunding" for participation is around 5% of it.

The amount requested here does not guarantee the total viability of this project, but the start of the season as we show below. The goal is set, at this time and as we await answers of some potential sponsors, in the 1000%.

If the goals of this campaign are achieved, we can assure already the order of prioritys in which we'll guide:

38 members of the PPL community
support this campaign