The portuguese singer/songwriter Helena Kendall is looking for help with the costs towards the recording of her first album.

The portuguese singer/songwriter Helena Kendall is looking for help with the costs towards the recording of her first album.

The singer/songwriter Helena Kendall is 22 years old and lives in Porto. In the last few years she authored a handfull of songs in portuguese, and with a smile on her face and a guitar on her lap she wants to show them to the world.

A year after participating on Festival da Canção (the portuguese contest for Eurovision Festival) with a song written by João Só she's ready for her studio premiere.

The search for the location and participating artists fell upon her home city. The final choice are Estúdio Elétrico, and a tight group of well-known portuguese musicians, all with decades of experience on their backs.

The quality is assured, the musicians are ready, the expectation is huge, and so is the willpower... But it's not enough.

This campaign was created as to cover the expenses of recording, releasing, and promoting the album. Such will not be possible without the good will and generosity of everyone. This important step in her career depends on the success of this campaign. The rewards are plenty and the gratitutde is imense.

Helena Kendall is a 22 years old singer/songwriter that, through her voice and guitar, tells her story, and the ones of those around her. She writes in portuguese and composes by intuition, exactly the way she learned how to play. Her slightly harsh voice, the simplicity and her smile are her identity.

She studies Social Education, and participates in several social and musical projects. In them she finds inspiration for her songs.

She founded and gave voice to the pop-folk band Os Kendall during two years.

She sang "Rancho Fundo" with Miguel Araújo, and in February of 2017 she was one of the musicians chosen to participate in the Festival da Canção, with a song written by João Só.

She has performed live at the Casa da Música bar, and at TedX Matosinhos, among other stages.

She has written over 15 songs, which she performs live, with the help of a group of experienced musicians. 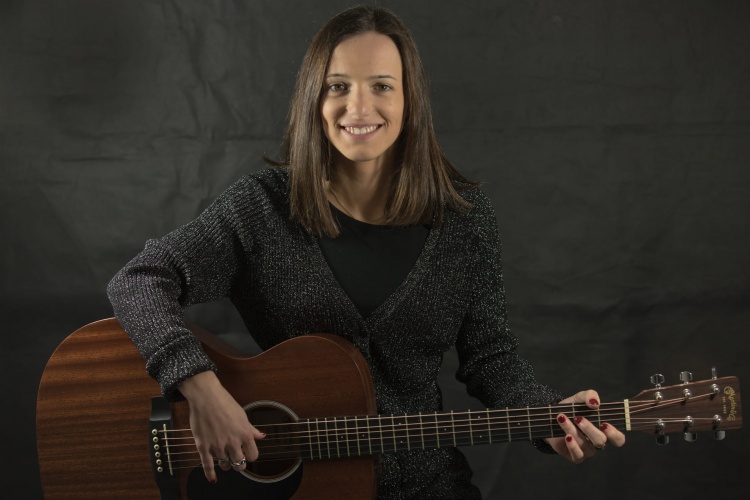 62 members of the PPL community
support this campaign