Two brothers who have always lived in an island fight for different dreams. One of them, a fisherman, wants to live and die in his home village; the other wants to leave and bec...

Two brothers who have always lived in an island fight for different dreams. One of them, a fisherman, wants to live and die in his home village; the other wants to leave and become an actor.

“Where I belong” is intended to be an homage to the Formosa ria, in the Algarve, and to the whole culture of that peculiar region.  Two brothers (Marinho, the eldest, and Janeca, the younger of the two) fight for different dreams. These two distinct perspectives will soon interfere in their relationship with each other. Torn between his brother and the island, Marinho feels he must protect his family and tradition. Janeca feels he must choose between his family or his future happiness. “Where I belong” is a story about family relations, tradition, the Algarve islands and also an attempt at understanding a specific place’s soul - in this case, the brothers’ home.

This production is filled with young and talented people. We want to show to the audience that we have potential in telling stories which are interesting and portuguese based. We need this amount of money (2250€) in order to pay for transportation, food and acommodation and also for any equipment we may need to rent.

We thank you for your support. 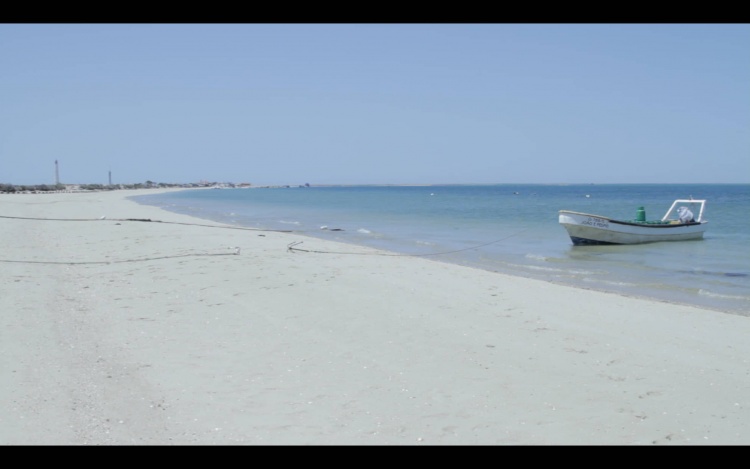 Miguel is a young director, producer and musician. Studied Multimedia at Fine Arts University (Lisbon) and Cinema - Master in Film Direction - at ESTC (Lisbon). At the same time, he had a Classical music education where he studied Cello and Piano. He also made the erasmus programme in the University of Hertfordshire (Hatfield) and, at the same time, enroled in several film workshops at Raindance Film Festival/School (London). After university he made an internship at Prodigo Films (Sao Paulo, Brazil), where he developed his willing to start his own indepedent production company. Two years later he started Vagalume Filmes with two other partners Nuno Alexandre Rocha and Mike Santos.

In the beginning of June, a small crew will visit the islands to help develop the script, find local actors, and gather logistic information, and all will be payed from our own pockets. We will start shooting on the last week of June, with a small crew of ten professionals, being our passion for cinema our only drive. This will also mean a lot more money spent in transportation, food and acommodation, and possible equipment rentals. We’ve budgeted this at around 4500€. This would mean a stress-free shoot, even not being paid for our work. However, we’ve established a smaller minimum goal of 2250€ with which we can support the basic costs of production.

Please help us raise attention to this project. It is only with your help that we can make it viral.
We are also on Facebook - https://www.facebook.com/heidemorrerondenasci?fref=ts
will soon be on Instagram, and we will, whenever we can, try to promote “Where I belong” on the streets.
We will send photos, videos, interviews and basic information on how everything is coming along! We promise you this - you won’t feel left out!
The premiere will be a wonderful event, an enourmous celebration of the two months of hard, sweaty, passionate labour.
Remember, all help is welcome! There’s no such thing as too much money and every form of publicity will help us achieve a better result.