In 2014 it was decided that this company would do shows all over Europe.

In 2014 it was decided that this company would do shows all over Europe.

The Company was founded in late 2007, working in the creation of new works every year, and researching on new choreographic language of great technique, physical dexterity, movements that explore the sensory and defy gravity. Far from being a modern system, it is based on one of the oldest forms of body training, combining ancient techniques with current technological resources, in a unique and amazing style.

Padma was staged in 2008, a captivating work by the beauty and quality of its movements, with 10 artists on stage, images, narration and music define the atmosphere of this show.

In 2009 this show was staged in Teatro do Sul, Buenos Aires, and invited to take part in the presentation of the new collection of OSX clothes. The DeRose Art Company was invited to participate in the festivals of Buenos Aires and Florianópolis. Later that year, the company debuted its second work, Shaktí, at the Globe Theatre, Buenos Aires.

In 2010 the company performed at the Theatre of the Armenian Cultural Association, and again at the Globe Theater.

In February 2011, it held another show at the City Hall, São Paulo and during May and June made several presentations at the Teatro do Sul, Buenos Aires. In September of that year, its new work Nexus was presented at Teatro Margarita Xirgu.

During 2012 the company makes seven presentations at Teatro do Sul, Buenos Aires, and in September Padama was again staged at the Globe Theatre.

During 2013 the company made a series of presentations at the Teatro Garrick and at the Globe Theatre, presenting that year the works Shaktí and Nexus.

In April and May 2014 it presents a cycle of performances at the Teatro El Cubo with Shaktí and Nexus.

In the same year it was decided that this company would tour around Europe and that presenters of DeROSE Method choreographies are now being trained in Portugal. 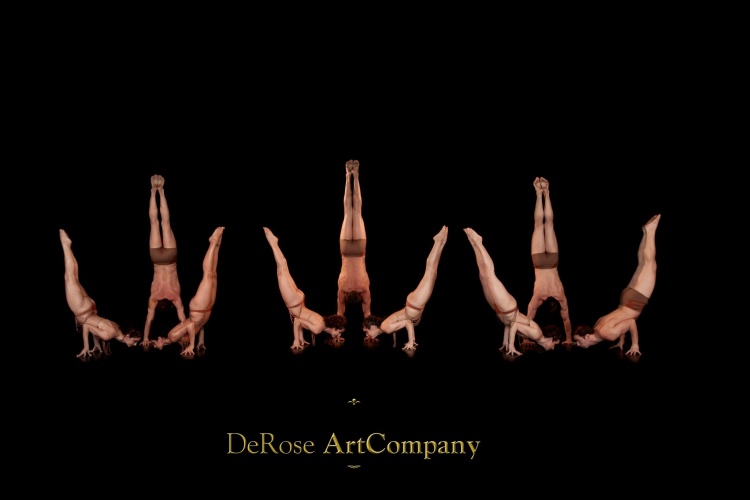 Information on the DeROSE Method

The DeROSE Method develops high performance. It is a proposal for a greater quality life, politeness, good relationships, a rich culture, good nutrition and great physical condition. Some of its tools are breathing re-education, stress management, techniques which improve muscular tone and flexibility, and increase the ability to relax and concentrate. All ultimately leading to the expansion of lucidity and self-knowledge.

My name is Adelia Loureiro. I came across the DeRose Method in 2005 when I began my professional training. In 2007 I became an Entrepreneur of the DeROSE Method. That same year I attended a course to specialize in choreography, since then I have been specializing in that area, currently holding the degree of International Presenter of Choreography Demonstrator of Choreography at the International level.

Among other things, I provide consultancy in choreography assisting the training of new presenters. From 2008 to 2011 I was a member of AdiMove – a company similar to the DeROSE Art Company. That year I was invited to coordinate this project in Portugal, training presenters in Oporto and Lisbon, Portugal.