Bruna Lopes - a young up and coming motorcycling talent from Bragança

Bruna Lopes is a young up and coming motorcycling portuguese talent. Natural from Bragança, High North region, Bruna Lopes fights every day for her goal - becoming a renowned pi...

Bruna Lopes is a young up and coming motorcycling portuguese talent. Natural from Bragança, High North region, Bruna Lopes fights every day for her goal - becoming a renowned pilot.

Bruna Lopes is a young up and coming motorcycling portuguese talent. Natural from Bragança, High North region, Bruna Lopes fights every day for her goal - becoming a renowned pilot.

After debuting, with just 12 years of age, and ranking 2nd in the 85cc division in the National Speed Tournament in 2014 she ranked first place one year later in 2015 in the same division.

Bruna's talent brings both Bragança's and Portugal's name to the highest level.

We believe in Bruna's talent and we're also from the High North therefore we support this crowdfunding.

Being from the High North is chasing our dreams, facing every challenge that comes in the way and we're gonna help Bruna beat this challenge and help her live her dream of being successeful in this year's season.

This campaign doesn't inted to finance all of the 2016 season budget, but rather a small portion of it that supports Bruna's to train one more day per week helping her reach a new level. 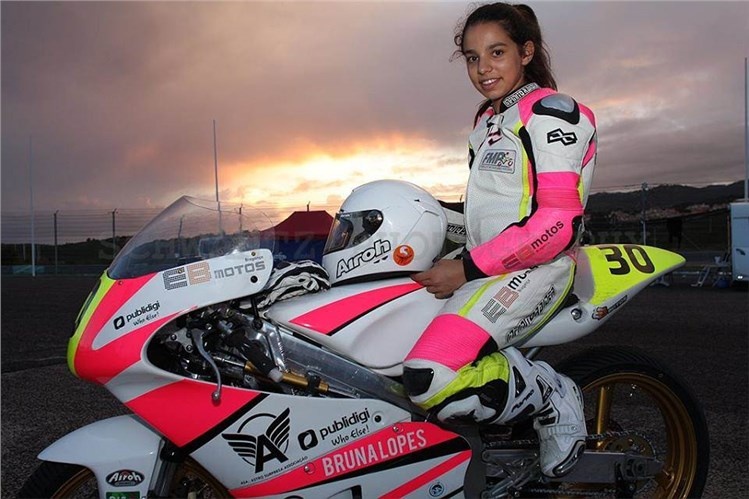 That will do everything to make Bragança's name heard worldwide. This campaign's idea is to show that we're united for one activity that proves our greatness.

This campaign's promoter is a Marketing professional and as such knows that to reach this goal everyone's help is needed.

Now a brief presentation about me so that this campaign has a face.

My name is Jorge Santos I live in Porto, but I'm from Bragança, more precisely Vimioso - Carção.

I work in Marketing andentreprenuership.

Note: Jorge Santos is in in charge of this campaign and all the money raised will be delivered to Bruno Lose, Bruna's father.

This isn't the whole investment, but rather the part that will be used during this season.

This campaign's goal is to end in two months time.

111 members of the PPL community
support this campaign