The Eco Design startup Bio Poli arises in November 2013, implanted in the "Passport to Entrepreneurship" program managed by IAPMEI.

The project is being developed in the “A Praça” Cowork, settled in the Living Lab Cova da Beira, in the city of Fundão, Portugal.

The Bio Poli goal is essentially to contribute to a better future by promoting its products through concepts like ecological sustainability, renewable raw materials, recycling and reusing allied to functionality and aesthetics. 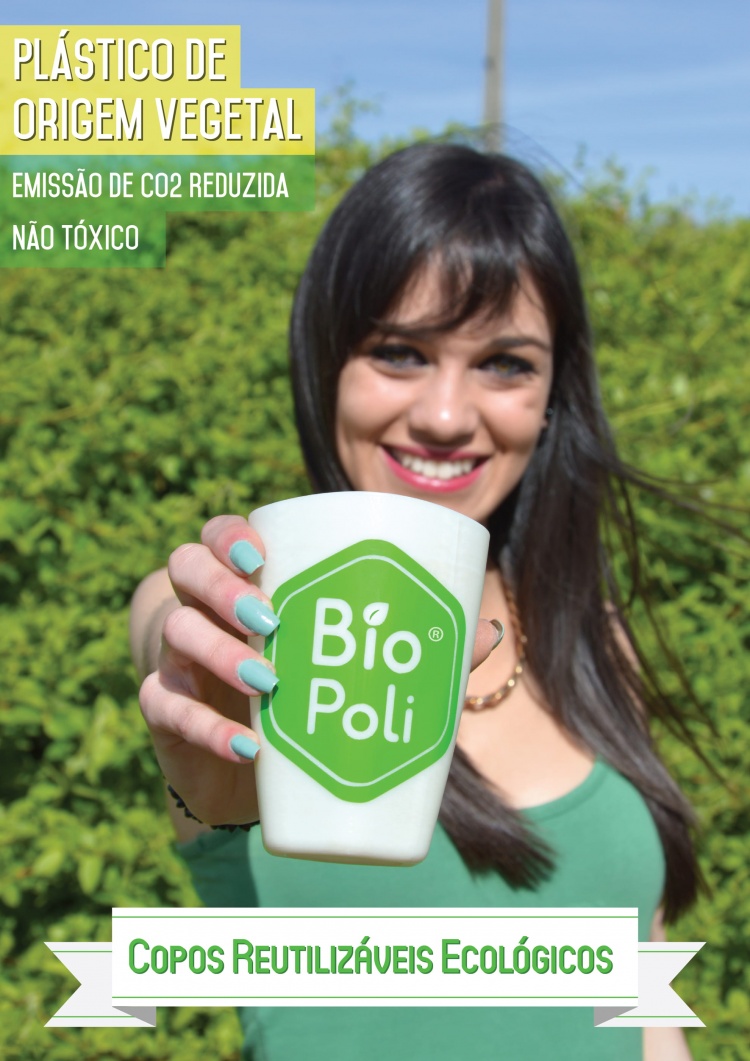 The initial objective of Bio Poli is to marketing a system of reusable plant based plastic cups.

The idea for creating this system came during a summer festival: After the festival, its enclosure was full of thousands of disposable cups in the ground. And it is well known that a disposable cup takes 400 years to degrade in a landfill.

The cups will be produced in a plant based plastic derived from sugar cane. This material comes from renewable raw materials; it is not toxic for health and in the process of production of this plastic, 4.6 tons of CO2 are retained and not released to the atmosphere, compared to conventional plastics made from oil. 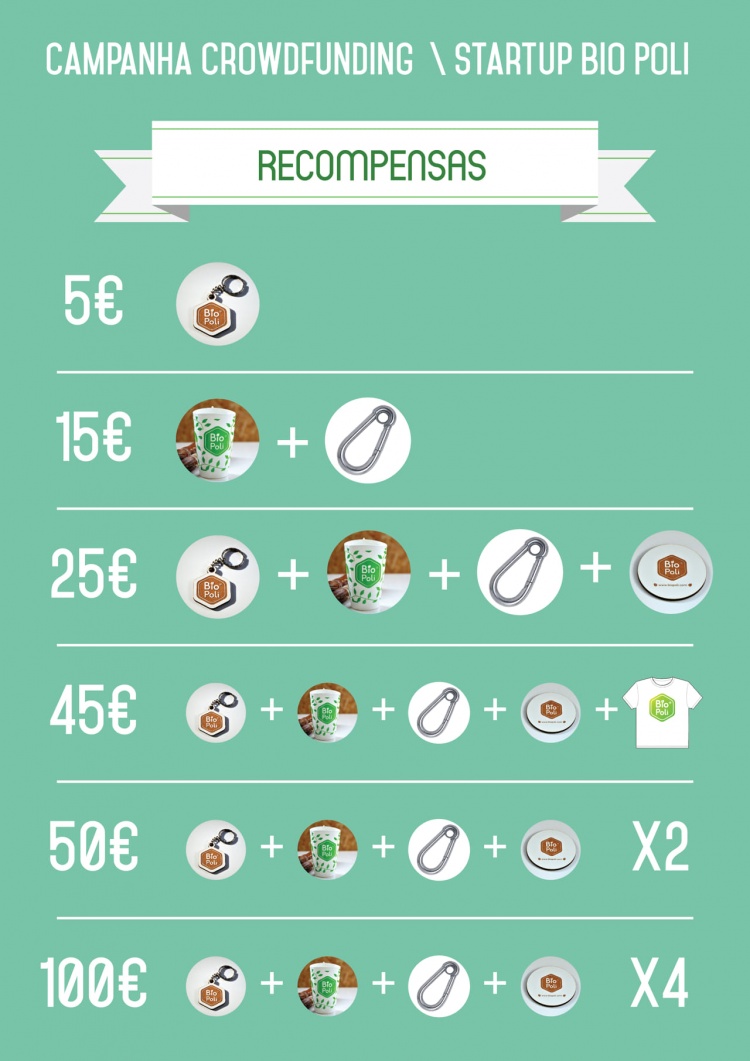 A system of reusable cups is the solution to this problem, since the participants, by reusing the cups, contribute to the reduction of environmental and visual pollution during and after the events. The cups can also be reused in a domestic context, since the cup acts like a souvenir.

Bio Poli cups are customizable, reinforcing the Green Marketing in the companies. The cup work as a communication tool before, during and after small, medium and large dimension events.

Bio Poli cups are designed to be easily transported, with support of a lanyard (neck strap) or a carabiner.

The cups can also be reused in a domestic context, washed in the dishwasher machine and, if damaged, it can be recycled. 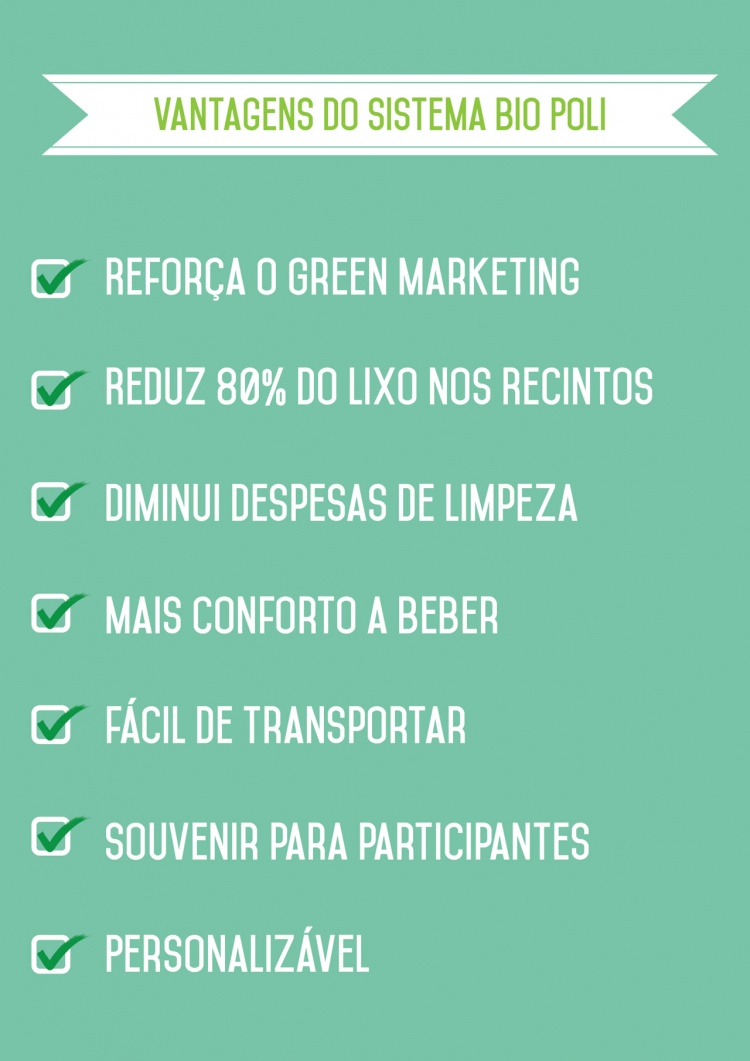 The Bio Poli cup system can be applied in different contexts, either national or international, for example, events, summer festivals, zoos, international exhibitions (Expos), sporting events, water parks or it can be used as promotional gifts and applied in conferences, seminars and open days, catering, among others.

The Bio Poli cup system will be produced in Portugal, which in the current economic situation can help, in some way, to the country's economic growth, raising the job establishment.

The team is made of two promoters of the Design area, whose professional skills complements in the technical level and empowers the achievements of this project.

The promoter Ana Sofia Mateus Malta, age 26, has a degree in Multimedia Design at the Universidade da Beira Interior and has a Master of Graphic Design, by the School of Applied Arts of Castelo Branco Polytechnic Institute. She held a video / sound specialization course through the FLAG training center in Coimbra. In 2013, she took the first place in the contest: "Graphic Brand for Living Lab Cova da Beira". (pt.linkedin.com/in/anamalta/)

The promoter Hugo Alberto Afonso Moreira, age 27, has a degree in Multimedia Design at the Universidade da Beira Interior and has a Master in Multimedia Design at the Universidade de Coimbra. Worked in the TIS (Techological and Intelligent Systems), where he acquired experience in 3D modeling, prototyping and execution of the final product, creation of web pages in HTML, CSS, JavaScript and PHP and creation of mySQL databases. (pt.linkedin.com/in/hugomoreira07)

We need financing support for the steel mold acquisition needed to industrialize the Bio Poli reusable cup system manufacturing process. We need € 5,000 to purchase the mold, which it takes 8 weeks to be manufactured. After the mold production, it will be necessary 4 weeks for the production of Bio Poli cups and the deliver, via mail, to the supporters of our crowdfunding campaign.