Pay him the Room Records grows and wants to leave the Room for a studio. It helps us to achieve an independent physical space where we can work more and better.

Pay him the Room Records grows and wants to leave the Room for a studio. It helps us to achieve an independent physical space where we can work more and better.

In just one year, Paga-o Quarto records managed to boost the Hiphop movement in Porto with the production of records, a festival, and concerts. Created by Keso (Marco Ferreira) and based on working in a room in a family home in a social neighborhood in the city of Porto, over 20 artists were recorded there, worked on design and communication for dozens of projects but always with strong limitations of space, noise and schedule.

Well, it’s time for PAGA-O QUARTO to move on to a bigger project, a studio, where we can build and create the necessary conditions for the production of Audio, Video and Photography. A studio where we can welcome artists and technicians without limitations of time, space or noise, creating new content and synergies with greater freedom. We have the material but we don't have the space, we need one. The results are already known, they are very practical. 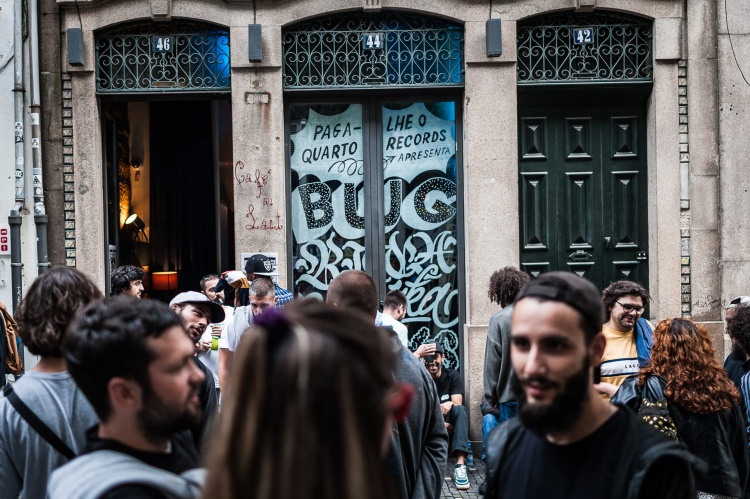 Keso, stage name, or Marco Ferreira is a musician and DJ from the City of Porto who already has three original records in his repertoire (“Raios Te Partam” (2003), “O Revólver entre as Flores” (2011) and “ KSX2016 ”) and more than a hundred shows across the country, in the most diverse areas. A film student at the Escola Superior de Teatro e Cinema de Lisboa, Keso develops work in various areas of music and his professional and academic career is notorious. Over the past ten years, he has developed projects in Porto, Lisbon, London, Rio de Janeiro and Palestine, both in the field of cinema and music, and has a habitual residence in several venues in the country. He currently maintains a daily entry in SBSR.FM (Advanced Rhythmic Science) and is in the process of finalizing the compilation "Sincerely Porto"

The rewards will be sent to everyone who supported the project during the second half of June.

154 members of the PPL community
support this campaign