Polivalente does not want to fare dodge!

What is it to be hypersensitive? In slang, one would say "someone who feels things too much". Someone who is too affected by questions that, in the eyes of others, seem to be easier to answer? Or someone whose sensitivity is above average? "A Revolta dos Hipersensíveis" (The Hypersensitive Revolt) represents a liberation of these “hypersensitive beings" from all oppression, manipulation, rejection and misunderstanding from a formatted and systematized society. An uprising promoted by the utopian search to be who one is. Metamorphosis to another stage of the being, a more truthful stage, more autentic, and therefore more active in that same society. Musically it incorporates various musical styles. Within an indie rock sound, it explores from jazz to Latin rhythms, from stoner to prog rock , from psychedelic to electronic music.

Although it is a solo project, to present it live it needs a 6 elements ensemble. This is where the need to create this campaign comes from, so that we can hold two concerts, one in Porto and the other in Braga!

These are the first concerts we do "away from home", which requires different logistics. It would be a great opportunity to reach our goal to cover this costs of travel and accommodation that, in another situation, we wouldn't have.

The work that we have created and developed has a sound not yet explored on the national scene. We feel that the reception in Lisbon has been very positive and that there is room to reach other audiences nationwide. We still don't have the necessary structure to reach everyone, this campaign exists for this purpose. To be able to not only open more doors in our journey as artists, but mainly to disseminate and expand the music that is made in Portugal. We want you to help us go much further! That is our commitment!

This concerts are scheduled for the 17th and 18th of April, at Plano B Club (Porto) and CRU - Espaço Cultural (Vila Nova de Famalicão) respectively. We will also participate on the "Porta 235" project, an online channel that promotes bands and artists, through the city of Braga!

Polivalente was the name that best characterized the musical universe of João Valente, the Lisbon composer and face (head) of the project. This journey begins sometime in the summer of 2017 when João, until then a student at the Faculty of Fine Arts of Lisbon, enrolls in Luiz Villas-Boas Jazz School. Focused on forming a band to give life to the compositions he wrote and arranged at home . After about a year of maturing, having already collected enough songs, he decided to dedicate himself to making an album.

It was around that time that he was joined by Tom Maciel, the musician from São Paulo (Brazil) whom he met at the Hotclub Portugal School. They begin to work together producing some songs, having as their first final product the single “Domingar”, in May 2019. The song was part of the soundtrack of the RTP Play series' “Frágil”, served as a starting point for, in August that year, the recording of his first album “A Revolta dos Hipersensíveis”. It was launched on November 22, the same day that it was performs live for the fist time at Super Bock Em Stock Festival in Lisbon.

After the album's release, some of its themes were included in radio playlists such as Vodafone FM, SBSR FM, Antena 3, among others. 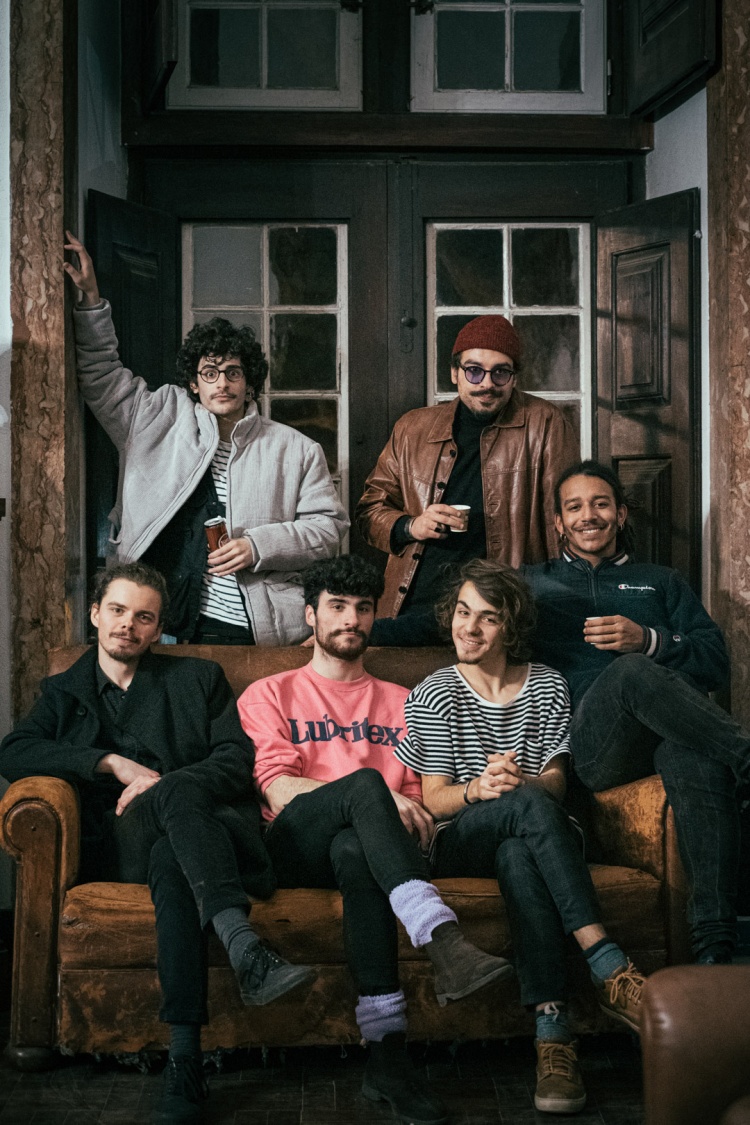 All the money raised goes exclusively to the concerts in Oporto and Braga.

10 members of the PPL community
support this campaign