Network between artists in the field of experimental, electroacoustic and contemporary music who feel underrepresented and who initiate projects through a platform.

Network between artists in the field of experimental, electroacoustic and contemporary music who feel underrepresented and who initiate projects through a platform.

It is in experience that we take actions for the future. At least, that's what I learned.

Hello, I'm Diogo , and I've been working in my field for 11 years. And, you know? One day, imbued with the cultivation of the soul that the books on Hermeneutics and Philosophy substantially gave me. I asked my Art History Teacher, Emidio Maximiano, how the Greek word was said in Greek. It was then that he explained to me that he said organon. That was the origin of what later became the name of my personal artistic project, the organon contemporaneous.

But, after a long years ... I noticed that in some musical categories that I practice there is a high under-representation. In what I, and many others, were cultivated to think or explore ... which has to do with the fact that you can create art on a stage. And, it was on the verge of doing something so that something could change that I built this idea of building an online platform. Which will serve to add the conceptualization and creation of contemporary, electroacoustic and experimental works, by users (henceforth cultural agents).

But not only ... This platform, to be well implemented, has to:

1) preserve and add something to our country's contemporary musical and sound heritage.

2) evoke existing dynamics in the artistic community through artistic work;

3) inspire and reactivate the memory of citizens around artistic processes;

4) this platform will also have to mobilize citizens around the project with a view to creating and building a collective repository, in which the different communities are represented;

5) favor scientific enrichment with a view to promoting practical and theoretical contextualizations about the projects developed;

6) consolidate an attractive laboratory space from a collaborative perspective.

2) promote with professional and financial recognition, through participation in final results and / or performance of collaborative work performance;

3) the Reserved Forum will make it possible to make knowledge available, update knowledge and create self-learning environments, among other things ...

In addition, one of the main actions is that this space may become a space for critical and conceptual reflection, in which cultural agents feel they are in a space for sharing knowledge and techniques in which they are useful. This way of sharing does not exist on many sides and I am sure that we can achieve the objective that we set out in this campaign to implement the platform. The remaining donations will be used in an advertising campaign for the platform, too. 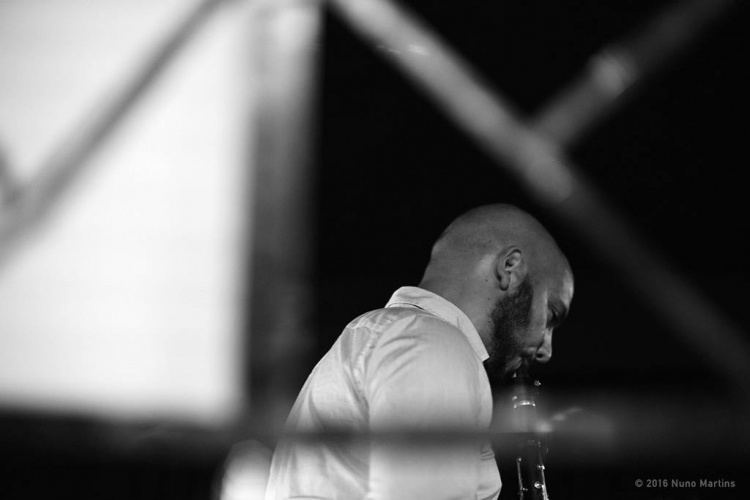 Diogo Lopes works as a composer and artist mainly of experimental and electroacoustic music, but in his finite exploration he also seeks to cover other musical categories, he was born in 1987. In 2009, he graduated in Plastic Arts with a project of interaction between sound and image, conceiving the contemporary organon. Born in Braga, he always tried to intervene in collaborations with other national and international artists. In 2014 he is considered a master in Multimedia - Interactive Music and Sound Design. This completely changed its composition and processes, which were previously very focused on the clarinet's sonority. Moving the music to be programmed in IRIN 2.0.4, he started to explore music as non-stochastic. And working strongly on the concept of error, and in the process of deconstructing the compositional act from visual conceptualization.

€ 4500 will be used to order an online platform, implemented by a web programming company.

the rest will be used in a promotional campaign for the platform.

0 members of the PPL community
support this campaign