It is the search for freedom and self-expression, with both extrinsic and intimate constraints. It portrays the internal problems that we often devalue in ourselves.

It is the search for freedom and self-expression, with both extrinsic and intimate constraints. It portrays the internal problems that we often devalue in ourselves.

Sérgio, a 42-year-old lawyer, is where he always dreamed of in his career. However, this does not satisfy him. Still processing the death of his wife, he watches the first steps towards independence of his daughter Carolina. This causes a separation between Sérgio and Carolina, which isolates him in a lonely world and leads Carolina into dubious paths.
On a Friday night, instead of being alone at home, Sérgio ventures to a Drag festival. In a different environment than he is used to, the night takes him to a queer bar where he crosses paths with Lilly Prozac, the Drag featured in the festival. He is fascinated by the confidence and glamor of self-expression of transformist art, as he breaks the gender norms imposed by society that have tormented him all his life.
However, facing his repressed self-expression problem continues to weaken him. Fixing this “problem” involves telling Carolina your little secret. After this separation, will Sérgio and Carolina be the same people?

NOTE OF INTENT
By Bárbara Pedrosa (Direction and Screenplay)

Parole is a story of acceptance, discovery and overcoming.

It is the search for freedom and self-expression, with both extrinsic and intimate conditioning factors. It portrays the internal problems that we often devalue in ourselves. These are the thoughts we prefer to avoid and even feel contempt for, and consequently for ourselves. They are "mistakes" that we end up camouflaging and overcompensating in other factors in our life.

Making this film allows us to show the characteristic ups and downs of this journey of discovery. This complex process is full of crazy moments of euphoria and optimism that contrast with the dark moments of uncertainty and worry. Sérgio manages to discover new places, new activities and new people fundamental to the success of the long journey that still has to go. And this will only be at the beginning of your integration into the community.

On the other hand, the neutral approach is a concern to avoid misunderstandings. We intend to avoid mentioning sexual orientation and gender identity, since a Drag can both artistically interpret femininity and androgyny. This principle that contradicts gender binarity is most evident in Drag King culture and the Drag Queer phenomenon. While these are not the examples portrayed in the film, they were represented by the neutral approach.

During the film, I want the viewer to accompany Sérgio and experience all these ups and downs. Let them be dazzled by the beauty of the transformist art shows, which include Drag Queen, Drag King and Drag Queer. That they find comfort and security with the locals and queer community. May they discover new approaches to expressing themselves. And that they are not afraid of the low moments, when they collide with the harshness of reality. In short, I want you to find a universe you want to live in and, above all, find the strength to make it a reality. One of the challenges in writing this story and in making it a reality is the complexity of the topic. On the one hand, we propose an approach that deconstructs the strictly sexual stigma associated with Drag Queens. Throughout history, we have witnessed, albeit indirectly, the mutual help relationship between a Drag and Sérgio, which culminates in an intimate moment, of comfort and acceptance, of transformation. It portrays another case of self-expression in which Drag becomes a therapy for the performer.

In this way, self-expression and performativity are related to Sérgio's conditioned freedom. They represent the obligation of a staging that only aims to satisfy social expectations, preventing each person from expressing themselves freely. This is visible from everyday and routine decisions - such as what to wear - to the most impactful decisions for the future - such as profession, hobbies and interests. These different dimensions are interconnected and confronted throughout the film.

Director and Screenwriter
Barbara Pedrosa
Porto, 1999. Freelance videomaker and multimedia designer. Postgraduate in Multimedia with Specialization in Culture and Arts from the Faculty of Engineering of the University of Porto. He develops audiovisual content for organizations such as JuniFEUP, Post Media Relations and Jornal Universitário do Porto. Passionate about digital storytelling, she uses video, photography and illustration in personal and collaborative projects. Currently, he attends the Audiovisual Creation and Realization course at the Restart academy.

Directors of Photography
Mafalda Silva
Porto, 1998. Graduated in Biology from the Faculty of Sciences of the University of Porto and passionate about the art of cinema since she was a little girl, she is currently enrolled in the course of Creation and Directing at the Restart academy. He always had photography as a hobby, both digital and analog, and a very strong interest in the aesthetics of the image.

David Santos
Porto, 1998. Drone operator, Filmmaker and freelance photographer. 5 years of professional experience in the audiovisual area, mostly working with rtp, but also for tvi and other channels,

Production Director
Cátia Dias
Porto, 1996. Graduated in Tourism by ISCET, she had her first contact with the world of cinema and television through the representation group of Escola d'artes – it's you, of which she was a part. In parallel with the representation, he developed a taste for photography and a desire to create audiovisual content. Later, through the production company Highlight, she had the opportunity to work as a camera operator and a short stay in the region, during this time she was included in José Cid's technical team. Currently, he attends the Audiovisual Creation and Realization course at the Restart academy.

sound director
Pedro Moutinho
Maia, 1997. Degree in Communication Sciences in the field of journalism. After completing his degree at ISMAI Universidade da Maia, he collaborated with the webradio “Rádio Portuense”, creating his own radio program, producing various written and video content and implementing the technical team for live broadcasts. Currently, he manages the recording studio of the company MOG Technologies and attends the course of Creation and Realization of the Restart academy.

Post Production Director
Tiago Azevedo
Espinho, 2002. Professional Multimedia Technician, has experience in photography, video, communication and editing. During 2018 and 2019, he performed volunteer work at “TIVE” (Esmoriz International Volleyball Tournament), in which he had the function of photographic and videographic coverage of the event. Later, he did an internship for 3 months at a videographer. As a hobby, he edits videos for his YouTube channel. Currently, he attends the course of Creation and Realization of the Restart academy. 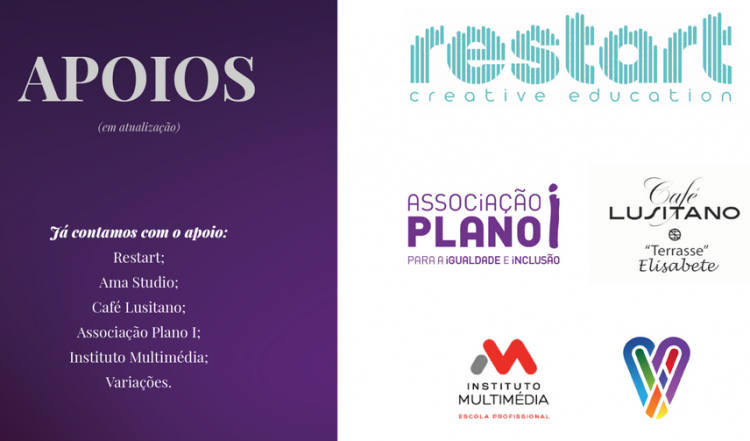 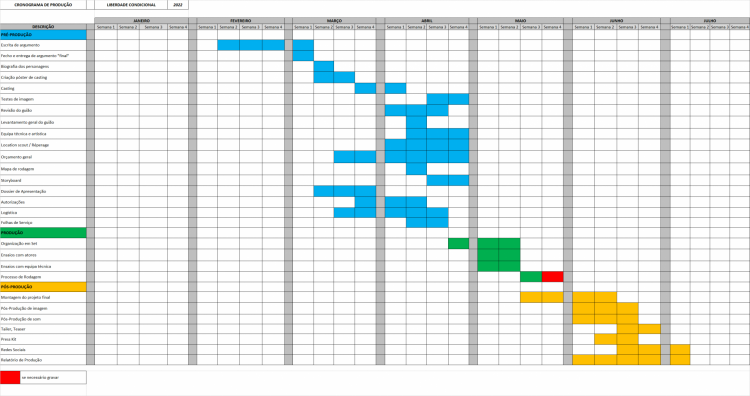 31 members of the PPL community
support this campaign