Inspired by the wise words of Carlos Paredes “The music I make is a product of the immediate circumstances of the time in which I live”, Hugo and Diogo intend to create music th...

Inspired by the wise words of Carlos Paredes “The music I make is a product of the immediate circumstances of the time in which I live”, Hugo and Diogo intend to create music that reflects their worldview and their time.

Hugo Gamboias and Diogo Passos share the desire to make a contribution in the history of the Portuguese guitar, an instrument that throughout history has been asserted as the voice of a country. After years of playing together the style that brought them together, Fado de Coimbra, in 2019, at the invitation of the 10th Calcutta International Classical Guitar Festival, Hugo and Diogo begin to work on a repertoire of traditional pieces alongside original themes. The tour in India serves as inspiration for a show based on original themes and previously unpublished arrangements, together with the edition of a record work.

"In.dia" gives title to the project and the CD that was recorded, mixed and mastered at LoudStudio in Coimbra by António Lourenço. The CD is based on compositions for Portuguese Guitar and Classical Guitar and is composed of original themes and adaptations. This unprecedented work aims to contribute to the existing musical collection for this type of formation, exploring different rhythms and environments, taking the sound of the Portuguese guitar to other musical styles in addition to Fado.

We are finalizing the whole process and we want to invite you to be part of our journey, this project, which involves the production of the physical format of the CD as well as its dissemination. 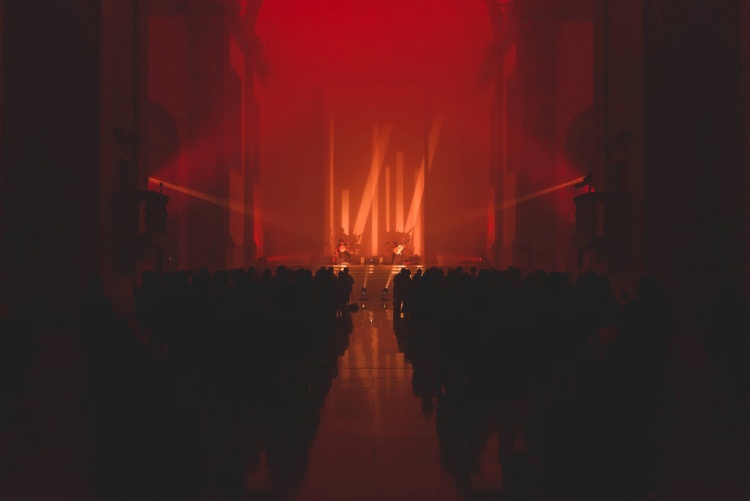 Diogo Passos| Diogo Passos was born in Porto, on 9th 1991. By the age of 9 he started his musical education learning the Piano at Centro Cultural Musical in Santo Tirso, where he finished the 3rd degree. Then he started to study the Classical Guitar at the same institution under the guidance of Professor Óscar Flecha, where he finished the 6th degree. He attended the masterclasses of Dejan Ivanovic, Joaquin Clerch, Joaquim Santos Simões and Miguel Carvalhinho. He also studied with Amadeu Magalhães and Rui Poço Ferreira. Nowadays he’s a student at the Masters in Musical Teaching at Escola Superior de Artes Aplicadas (ESART) from Instituto Politécnico de Castelo Branco (IPCB), where he also proceeds his guitar studies with Miguel Carvalhinho and João Tiago Correia. He performed alongside famous Portuguese singers, such as Né Ladeiras, Janita Salomé, Vitorino. He’s a teacher of Classical Guitar at Escola de Música do Fado ao Centro since 2017 and he’s the Director and teacher of Classical Guitar at Escola de Música dos Antigos Orfeonistas since 2015. Alongside the Portuguese Guitarrist Hugo Gamboias he founded the In.dia project in 2020; they played together at the Calcutta International Guitar Festival 2019, sharing the poster with names as David Russel, Pavel Steidl, Zoran Dukic, Thomas Fellow, Reentko Dirks, Ser o Duo, and many others.He works actively in the defense and promotion of Coimbra’s Song, performing weekly at different places of the city of Coimbra, nationally and worldwide, touring countrys like EUA, Poland, United Kingdom, São Tomé and Principe, Spain, Kosovo, Macao and Italy. 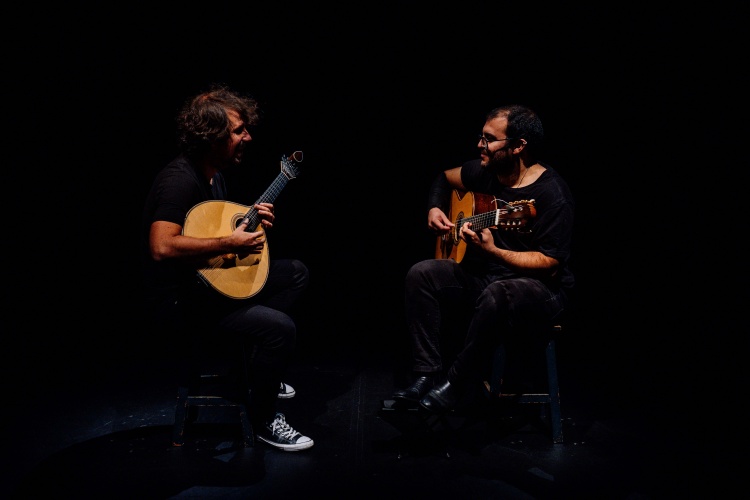 Hugo Gamboias| Hugo Gamboias was born in Coimbra, on May 23rd 1988. In 2007, he joined University of Coimbra to study Architecture and, three years later, began his studies in Portuguese guitar. In 2012, he started his collaboration with the cultural association Fado ao Centro, where he is currently one of the resident musicians. The following year he joined the punk rock band Fitacola, where he has been playing electric guitar and in 2015, the project Pensão Flôr, taking the roots of the Portuguese guitar to other musical adventures, going through fado, tango, bossa nova and morna. In the end of 2019 he is invited to participate in the 10th Calcutta International Classical Guitar Festival, in India, where together with guitarist Diogo Passos shares the stage with names like David Russel, Pavel Steidl, Zoran Dukic, Thomas Fellow, Reentko Dirks, European Guitar Quartet, among others. In 2020, together with Diogo Passos he created the In.dia project dedicated to exploring different paths in portuguese guitar and classical guitar. Throughout his musical career he has taken Coimbra’s fado and its music to the biggest concert halls in Portugal and around the world with performances Spain, French, Belgium, Netherlands, Germany, Denmark, Sweden, Switzerland and Brazil. 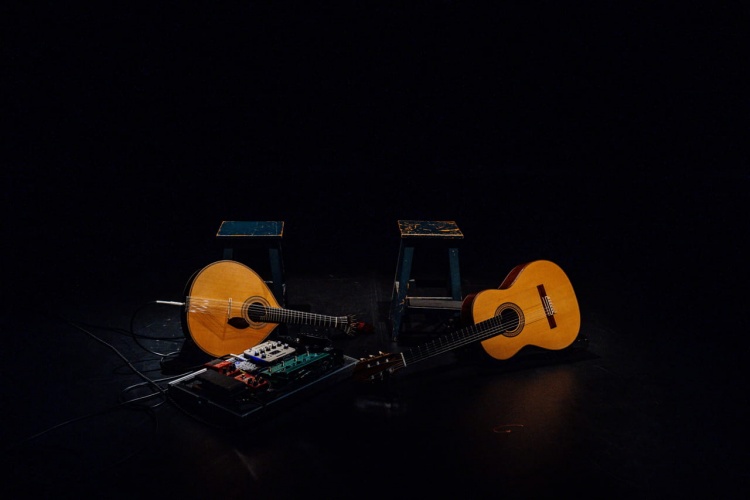 The amount of € 2000, intended with this campaign, will help to cover the following expenses: