HANSEL and GRETEL and the Old Oak

Hansel and Gretel are lost in the forest and want to go home. In this return they really want to tell you their story but for that your help is essential. Opens on November 20, ...

Hansel and Gretel are lost in the forest and want to go home. In this return they really want to tell you their story but for that your help is essential. Opens on November 20, at Centro Cultural Franciscano, Lisbon.

"Many years ago a terrible curse had hit the west side of the forest causing over time the soils were drying up, the fruit trees dying and the animals disappearing. All families lived with great difficulty, including Hansel and Gretel who , desperate, the family decides that the best thing would be to sell the house and land to start all over again."

We were also devastated, but by a pandemic that in 2020 almost left us barefoot and we are now getting back on our feet and wanting to start all over again.

"The two brothers, aware of this reality, were terrified but, motivated by the love they had for their home and their parents, they decided to venture into the forest in an attempt to help them."

It is the love of art and culture that gives us this motivation to venture out again and ask for your contribution so that together we can continue to take the stage and tell you stories like this and many others.

In this adaptation of the Brothers Grimm's original story, we live with them "an unexpected adventure crossing the wisdom of the Old Oak, the wickedness of a fado Witch, a bumbling crow and tiktoker's animated birds, always surrounded by a magical, mysterious environment, full of color and lots of music."

The support we ask of you is to make this story even more "passionate, full of magic and mystery." All the money raised will contribute to the sets, the original music, the costumes and of course, the team's remuneration.

We want you to be a part of this with us. "An adventure that shows us that despite all the adversities, the unconditional love that unites family and friends becomes a determining factor for a happy ending."

The [ambush] Associação Cultural was born on March 8, 2019 at the hands of five former colleagues at In Impetus – Escola de Atores.

In these 2, long, years [ambush] has developed several projects, such as theater shorts, staged readings, and due to the 2020 pandemic, we were forced to resort to online to continue to survive. In addition to creating shows, [embuscada] has developed some projects in the area of training, creating improvised theater workshops , vocal technique, interpretation, among others.

We are little by little returning to the stage and the road and managed to debut, in 2021, a show for adults and now we want to debut one for the little ones, but the difficulties have been several and that is why we intend to raise funds so that we can make the project " Hansel and Gretel and the "real Old Oak" and don't leave it locked in the drawer any longer. 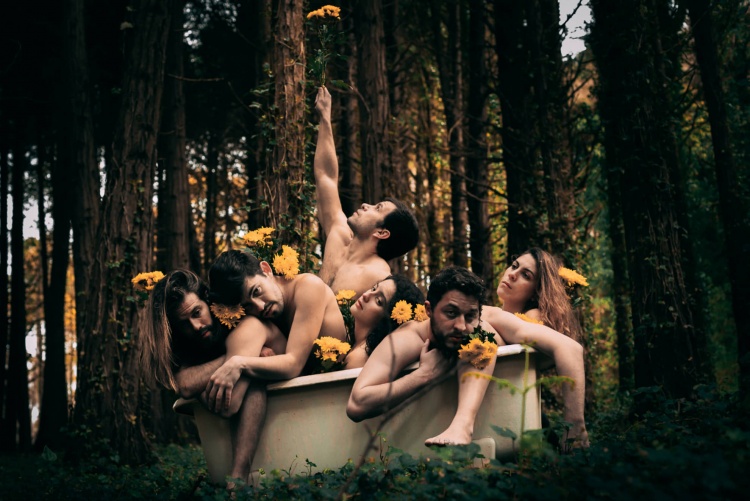 We use PPL and a crowdfunding campaign for two reasons: first because contributions can be made from €1 anonymously or not, second because we don't have any kind of public or private support for this show.

When we reach our goal of €2000, this amount will be used to support the payment of the rehearsal period of the 4 actors and director, graphic designer, original music creation, production of costumes and sets, light design, promotional materials ( brochures, posters and room sheets) and the PPL committee.

With a premiere scheduled for November 2021, we really want to make this show possible.