Veterinarians Without Borders-Portugal joined 5 institutions to help them promote animal welfare and public health. Make a donation and help us in this cause!

Veterinarians Without Borders-Portugal joined 5 institutions to help them promote animal welfare and public health. Make a donation and help us in this cause!

#GivingTuesday is here! On this 1st of December 2020, thousands of people around the world generate a wave of generosity by participating in solidarity and volunteer campaigns. Join us!

This year VSF-Portugal organized a campaign to raise funds, goods and time, which will be donated to 5 institutions for the protection of animals and the promotion of public health, working especially with dogs and cats. They are Aanifeira, Canil de Coimbra, Casa dos animais de Lisboa, O Cantinho da Milu and Associação Bem-Estar animal Loulé.

Donations of money cannot be accepted by the two associated municipal institutions, so the amount raised will be distributed equally among the other three associations and 10% will go to VSF-Portugal for allowances and future campaigns.

For this type of association, money is needed at different levels: food, infrastructure maintenance and health care (medical-veterinary interventions ranging from medication, vaccination and deworming to more complex surgeries).

Thus, VSF-Portugal appeals to the generosity of all who believe in this cause. Any help is a good help! 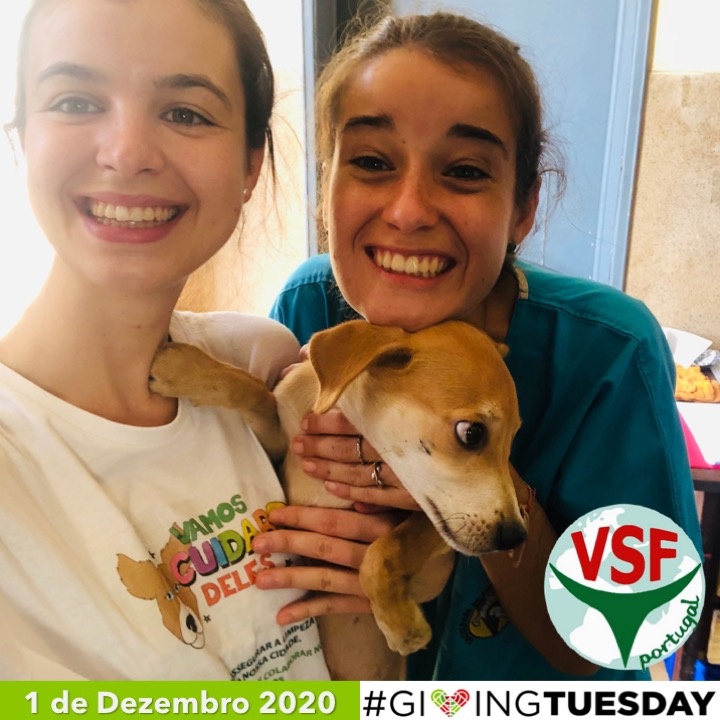 Veterinarians Without Borders - Portugal is an NGO that has been working since 2006 to promote the health of animals and people through voluntary work in the field of veterinary medicine. The projects have been developed mainly at international level in partnership with other local associations. Unfortunately, 2020 forced us to cancel some missions and so we decided to look at the restrictions resulting from the pandemic as an opportunity to help within borders, associating ourselves for that purpose with the Giving Tuesday movement.

All the money raised will be distributed equally by the 3 private animal welfare associations (Aanifeira, O cantinho da Milu and Associação Bem-Estar Animal Loulé), with a further 10% going to VSF-Portugal to help with costs.

14 members of the PPL community
support this campaign