ESML Wind Orchestra, created in 2004, was the only European orchestra selected to participate in the prestigious The Midwest Clinic. For this important Portuguese representation...

ESML Wind Orchestra, created in 2004, was the only European orchestra selected to participate in the prestigious The Midwest Clinic. For this important Portuguese representation to happen, we need your support!

About a year ago, the Escola Superior de Música de Lisboa rejoiced with joy to see its Wind Orchestra selected for one of the most important events in the area worldwide. Midwest Clinic is the world's largest international band and orchestra conference, which draws about 18,000 people to Chicago and is held annually in December. This year will be its 73rd edition, for which the ESML Wind Orchestra has been selected to participate in a concert on December 18th. In addition to the ESML Wind Orchestra concert at The Midwest Clinic-International Band and Orchestra Conference, 2 other concerts will be held on December 16-17 at the University of Illinois - Smith Memorial Hall and Carthage College - Alford Park Drive, Kenosha. - Wisconsin. This will be the first time a Portuguese orchestra will be present at this event. The tour will take place from December 15 to 22, and we will be able to contact thousands of participants from over 30 countries who meet annually in Chicago. Since we received this news we have made every effort to collect the large amount needed to secure the travels of the 65 members of the Orchestra. We received important support from the Hon. President of the Republic as well as the Polytechnic Institute of Lisbon. Besides these, other companies, people, friends, made precious contributions. We have only a small amount to reach in order to realize this dream! We can not leave anyone behind, because each has its fundamental role in the construction of the whole that is the Wind Orchestra of the Lisbon School of Music! Through our crowdfunding campaign you can help us represent Portugal and meet this great challenge! ALL contributions, regardless of their value, are important to us and we want to thank you in advance! 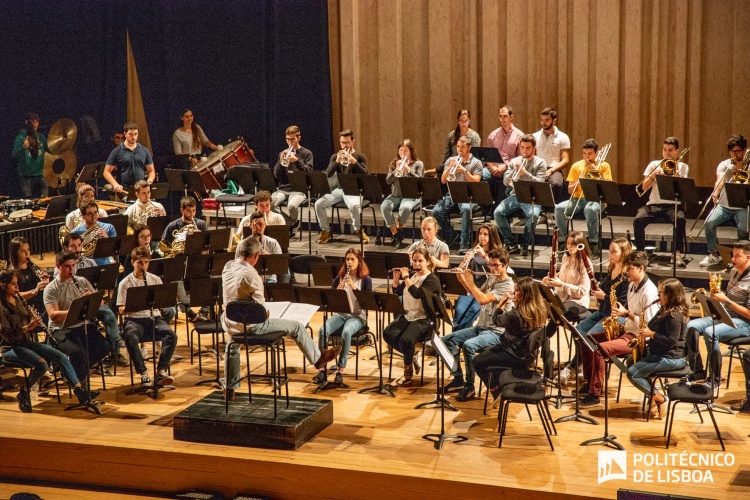 At the suggestion of the teachers Vasco Pearce de Azevedo and José Massarrão was presented to the Directorate of the Escola Superior de Música de Lisboa in 2004, a project to create a Wind Orchestra that would allow a greater offer to the students of that school and also provide a musical practice. essential for wind and percussion instruments. On 19 November 2004 the newly created ESML Wind Orchestra is presented under the direction of the author of the aforementioned project, conductor Alberto Roque. Since then the orchestra has developed an activity that fits in with the academic objectives for which it was created, namely in the practice of a specific repertoire of reference composers for these formations, addressing various musical periods and styles with a view to a comprehensive academic education of students. from ESML. In addition to its pedagogical objectives, the Wind Orchestra has developed projects that provide students with contact with the national and international music scene, both through concerts, as well as by inviting reference conductors in this musical area. In this sense, the orchestra has performed in several national halls and held its first international tour in 2009, having performed in Stuttgart and Mannheim. It has also been one of the orchestra's main goals, the creation of new works by Portuguese composers and the premiere in Portugal of foreign composers whose merit is widely recognized. The orchestra was responsible for several first auditions in Portugal of works by composers such as Karel Husa, Percy Grainger, András Sebestyén, Edson Beltrami, Eva Lopzsic, Luis Nani, Jesús Santandreu, among many others. 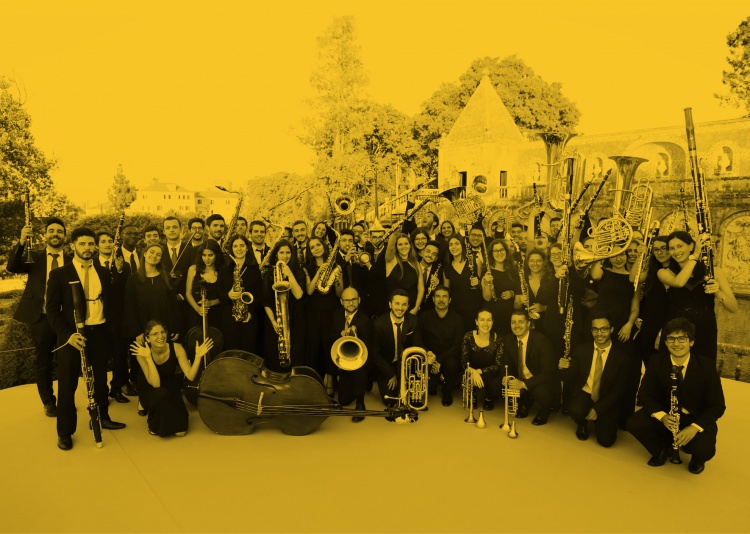 ESML Wind Orchestra tour of The Midwest Clinic- International Band and Orchestra Conference is heavily sponsored by Exmo. President of the Republic, as well as of the Polytechnic Institute of Lisbon. In addition to these sponsorships, every effort has been made to raise all the money to cover the travel expenses of this tour, but this has not yet been possible. Each trip costs € 906, with a total of 65 Orchestra members of € 58890, which we will have to clear by December 12th. The value of this crowdfunding becomes vital in ensuring the full amount payable and making our trip to Chicago viable.

107 members of the PPL community
support this campaign