Victory for the SUPER -T

The aim is to raise as much money as possible to help Tiago , 4 years old, who fights since he was 2 against a high risk cancer cancer, Neuroblastoma. In the USA there is a trea...

The aim is to raise as much money as possible to help Tiago , 4 years old, who fights since he was 2 against a high risk cancer cancer, Neuroblastoma. In the USA there is a treatment that costs 300 000 € which reduces approximately 20% of relapses.

The aim of this project is to raise as much money as possible to help Tiago, 4 years ols , who fights since he was 2 against a high-risk Neuroblastoma. In early 2014 a fever appeared and insisted on staying. That was when he was diagnosed.  In 2014 he has gone through many treatments, made chemotherapy, bone marrow autotransplantation and radiotherapy.  He started 2015 with oral chemotherapy, and how all was well, this would be supposedly his last tratamento. On May 2015 he ended oral chemotherapy and started doing routine tests.  The Neuroblastoma is a fairly persistent cancer and very quickly relapsed.  A new drug therapy has been tried but failed. The doctor changed chemotherapy and after 2 months the Neuroblastoma began to regress.  The advised now is to make a few more cycles of this chemotherapy and maybe a little radiation to try to break free of this monster.

In the USA tere are under study for some years now, immunotherapies that are having very good results in similar cases  and are much less toxic. These immunotherapies have been shown to increase by 20% the chances of avoiding relapses. For every 3 euros raised it will be assigned a number to the benefactor, until February 29. Then it will be drawn an official jersey of Vitória Sport Club, de Guimarães, signed by the senior team (2015-2016) and the coach Sérgio Conceição, as a thank you. If the value does not reach the 3 euros it will not be assigned any number growing as an extra donation. If the value is higher but not a multiple of 3 it will be assigned as many numbers as the multiples of 3 possible (for example if they are given 10 euros will be allocated numbers 3 , leaving 1 euro which is as extra donation). 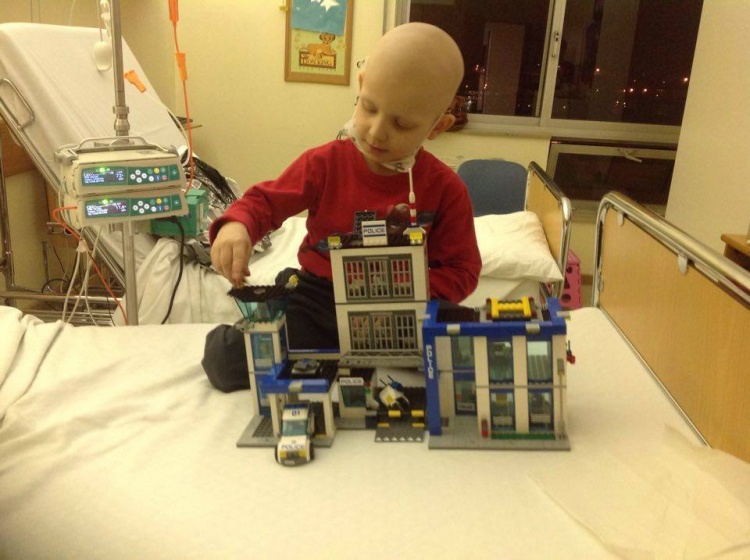 The promoter is Liliana Campos Cardoso.

Liliana is the mother of a boy, Vicente Maria Cardoso Freitas , who from May 2014 to May 2015 was admitted to the IPO of Porto for treating a malignant miofbribroblastic inflammatory tumor. At that time he was in contact with Tiago and his family ( and other children ) and when took knowladge of the necessity to raise 300  000.00 € for the treatments in the USA decided to help in this way.

The Vitória Sport Club kindly allowed the signing of the sweater.

The fund raising will run until the 29th of February.

103 members of the PPL community
support this campaign