Sérgio, an employee at Hospital São João do Porto, was the victim of an accident while bodyboarding on Matosinhos Beach, which resulted in severe motor deficiencies.

Sérgio, an employee at Hospital São João do Porto, was the victim of an accident while bodyboarding on Matosinhos Beach, which resulted in severe motor deficiencies.

Sérgio Nuno Magalhães was a normal 48-year-old man, he had a peaceful and stable life, by choice he did not marry or generate offspring, but lived according to his philosophy of life towards the world, very much based on Buddhist principles that aim to main objective is to end human suffering.

Friend of his friend, with boundless generosity, wherever he went, he left only friendships and an extraordinary sense of camaraderie. Helpful by nature, he always had a huge availability to help everyone. 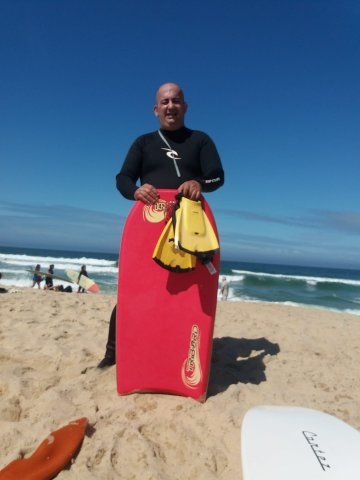 A bodyboard practitioner since the age of 25, Sérgio is being helped by the Associação Portuguesa de Surf Adaptado, by the Portuguese federation of the sport and by some friends linked to the national bodyboard community, which in 2021 recorded two accidents at sea with very similar outcome.

On the 9th of October, a few days after the accident in Supertubos that left the surgeon Nuno Barahona Abreu quadriplegic, Sérgio Magalhães, an employee at the São João do Porto hospital, was the victim of a very similar accident at Matosinhos Beach, in Porto. 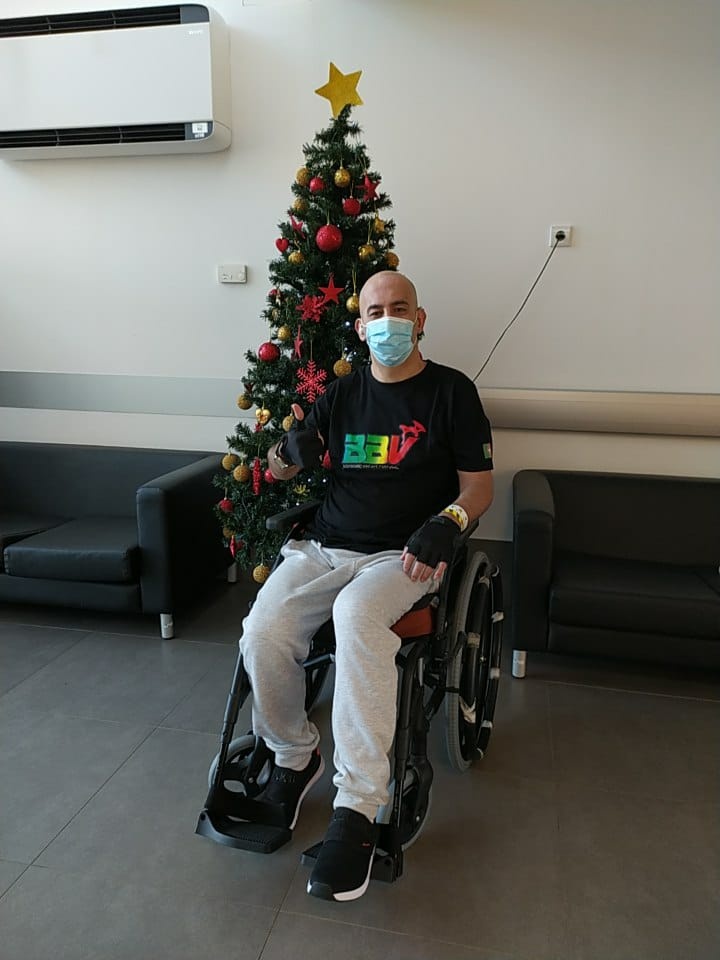 “ It was right in the first wave of the session. I went to the lip of the wave to do a roll, but I missed the timing and came with the wave down. I fell badly and the impact immediately knocked me unconscious. Fortunately, a surfer who was an anesthesiologist was there and he helped me right away. Then I was taken to the Hospital de São João, where I work and initially received the best possible treatment ”, says Sérgio.

From there, Sérgio was transferred to Hospital de Valongo, which belongs to Hospital de São João, where he received specialized medical treatment in physical rehabilitation medicine and was later sent to the Centro de Reabilitação do Norte, in Francelos, Vila Nova de Gaia, where he is still hospitalized, to continue the physical rehabilitation he needs, aiming to adapt him, as best as possible, to an extremely dependent future life.

The current prognosis, after surgery, in São João, and physiotherapy and physical rehabilitation, in Valongo and Francelos, is a life in a wheelchair, with the possibility only of “short trips supported”.

According to Nuno Vitorino, founder of the adapted surfing movement and himself a quadriplegic, the next step is logical, but difficult: “We have to prepare Sérgio for the next phase of his life and all the help will be little to achieve it.”

What Sérgio is asking for is help to allow him to implement basic support and live with a minimum of dignity, namely adapting the house he had to rent, with the minimum necessary conditions and buying some material, namely a wheelchair, an articulated bed, bath chair, walker, safety bars, among others.

Your help means to Sérgio Nuno a lot of hope for a life as good as possible.

I am Sérgio's father and although I am doing everything possible to help him physically and emotionally, I feel powerless to meet all his needs. Despite the enormous effort that the whole family is making, it is not enough to help Sérgio live with all dignity.

I ask all his friends and those who are touched by the situation to help us because together we will be able to give him a better life.

Thank you very much,

The intended value of €15,000 corresponds to the budget of:

All the remaining amount raised in addition to the €15,000 described in the previous items will be channeled to eventual orthopedic treatments and surgeries (in Barcelona and the USA)

334 members of the PPL community
support this campaign