After the 3rd Season also with 10 Episodes where we got to know 10 Animal Protection Associations and the people that represent them, "Os Patudos" are back! Another 10 Episodes ...

"Os Patudos" is a webseries created by Direitos dos Animais Portugal that wants to show the exceptional work of the numerous Animal Protection Associations in Portugal.

After 3 Seasons with 10 Episodes each where we got to know 30 Animal Protection Associations and the people that represent them,  we decided to start a Season 4 due to the strong interest that the remaining Associations showed on having their needs and dedication revealed using this media. A great way to flag their constant needs and daily struggles.

On every visit we did we also got to donate a certain amount of food, reaching almost 4 TONS of food delivered.

Once again we set the goal of delivering ONE TON hoping that we could surpass this number as well.

We hope to raise consciousness for the harsh realities of these Associations, but also to make an active contribution.

It'll be another 10 weekly Episodes, with 10 Associations Nationwide, Thousands of animals and ONE TON of food.

Thank you all and see you soon. 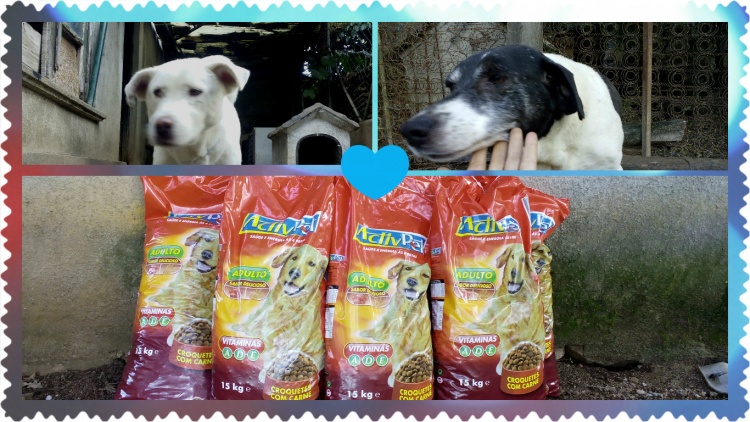 Patrícia Martins is a Design Major since 2007 and Vanessa Oliveira in Social Media. Since 2010 their passion for the animal movement has been less passive and more active, creating a media specifically developed to bring awareness and promoting adoption.

Márcia Ralha is a Film and TV Producer since 2006, having worked on about three hundred projects on such areas as documentaries, independent shows, events, live shows and short-stories.

João Varela is a Director since 2004, graduated in Film Directing and Production in Portugal, Spain, France and England between 1997 and 2004. His work has been mostly on Web and Television.

Bruno Costa is a Producer and Editor since 2009 with a vast experience on Web Content and Graphic Design.

Daniela Lopes is a Producer since 2000 and has been throughout Portugal working with different Theatre Companies and Film Production Companies. Since 2009 she's been working with this group exclusively.

The total budget needed for this project was set on 3850 euros, covering all production costs like all the equipment, location costs throughout Portugal, and for all the donations that will be given out.

Since we're on PPL Causes this allows us to receive your donation even if the full objective of 3850 Euros is not reached, contributing to the production of the most number of Episodes we can. To make this possible, just don't forget to make your donation UNCONDITIONAL.

We're set to finish this Series by March 15th, although we aren't sure yet as to the release date on our page (Thursday or Friday).

288 members of the PPL community
support this campaign