Help Mogli get back on his feet!

Mogi, a much loved family dog, suffers from bilateral hip dysplasia and needs a prosthesis in his right hip. For that, we need your help!

Mogi, a much loved family dog, suffers from bilateral hip dysplasia and needs a prosthesis in his right hip. For that, we need your help!

Mogli is a very special dog, adopted by an even more special family. Behind honey-colored eyes of overwhelming sweetness, there is already a long history of perseverance and love, which shows that there is still goodness in this selfish world in which we live. Mogli didn't ask to be born. It is the result of the irresponsibility of human beings, that humans have little, because those who have pets but do not give them the proper care and promote the birth of litters one after the other should somehow be held responsible…society does not can be a jungle! 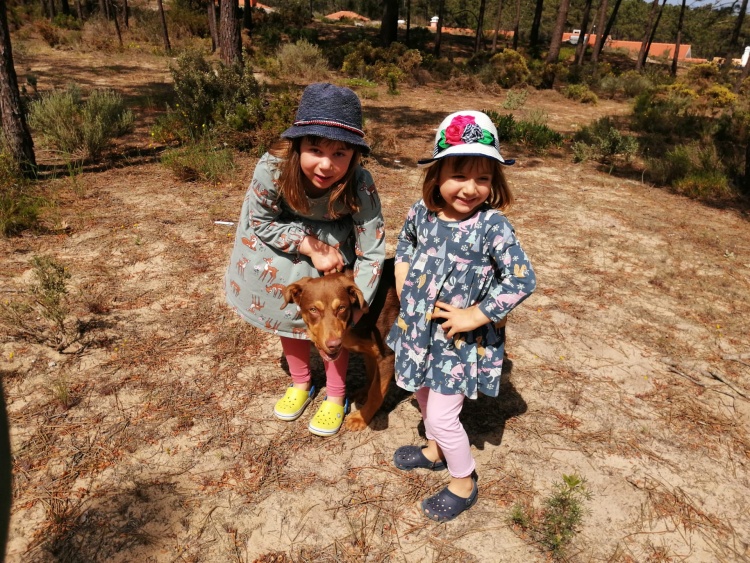 At just 8 months old, he doesn't even know how lucky he was to be chosen that afternoon! Not even 24 hours after adoption in the municipal kennel of Santiago do Cacém, Mogli had to be urgently hospitalized with a serious diagnosis of parvovirus, having been the only dog in the litter that survived - the brothers who stayed in the kennel, unfortunately, did not receive the treatment in time, and only one sister who had been adopted before survived. Despite this initial start, Mogli's family did not give up on him, and provided him with all the treatments, transfusions and hospital stay necessary for him to recover and return home healthy, and ready to be loved – it earned them the subsidy Christmas, because as we all know, expenses with pets are not covered by the state, and in hospitalization situations, the costs are always high.

But as they say, bad luck never comes alone, and a couple of months later the family received the sad news that Mogli suffers from severe dysplasia of both hips, a condition that causes him immense pain and practically robs him of his ability to walk. Apparently it will be a genetic issue that will have affected the entire litter, and that gets worse and worse as the days go by. Several specialists ran, but all were unanimous that there was nothing more to be done for him than the total replacement of the hip with prostheses, which requires two surgeries - replacement of the right and the left hip by prostheses -, since Mogli also suffers from a significant loss of muscle mass that makes other types of treatments unfeasible.

Mogli's family is doing everything for him to be well and they have already moved on to the first surgery on his left hip, at VetOeiras Veterinary Hospital, using their savings and the precious collaboration of family and friends.

The intervention went well, and he is already in full recovery, but in order not to go back to square one, he needs to put the second prosthesis as soon as possible. And that's why this wonderful family needs everyone's help: the surgery that will complete Mogli's treatment costs €3500 and that's the amount for which we make this appeal: help us give Mogli the life he deserves, so that he can run after his human sisters, since he is not a jungle dog, he has a family that does everything they can (and can't) for him. 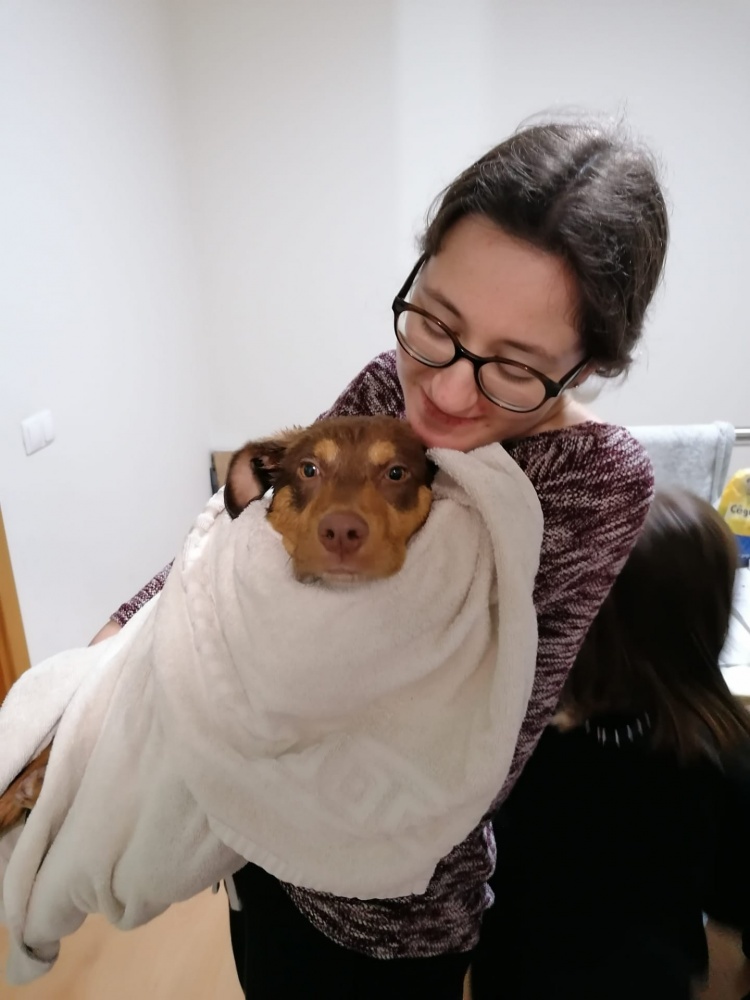 Mogli was taken in by a family that had long yearned for a puppy. The owners are Leonor and Miguel. A couple who have been together for 23 years and who decided to increase their family this year, using the Santiago do Cacém Municipal Kennel to do so. They were in love with Mogli and he with them, so they decided to bring him home. At home his youngest owners were waiting for him: Aurora, Simone and Daniela. Simone is 6 years old and is a girl who is in the first year of school and loves her activities outside of school - music and triathlon. She loves to run, especially when playing catch up with Mogli. Daniela is 22 years old and is in the last year of the Nursing Degree in Lisbon. She always wanted a dog and when Mogli appeared it was like a dream come true. Aurora is the youngest, with 4 years old. She loves animals and Mogli is a regular character in her "make believe" games, where he's even played as a baby. We also have one more element, a bright little star, Carolina. She has always had a lot of complicity with dogs and we believe she is transmitting a lot of strength to Mogli.
Mogli has been part of our family from the beginning and has been very brave and strong. We want to continue to fight with him and for him, but we need help. We still want to live many years of joy and fun together! 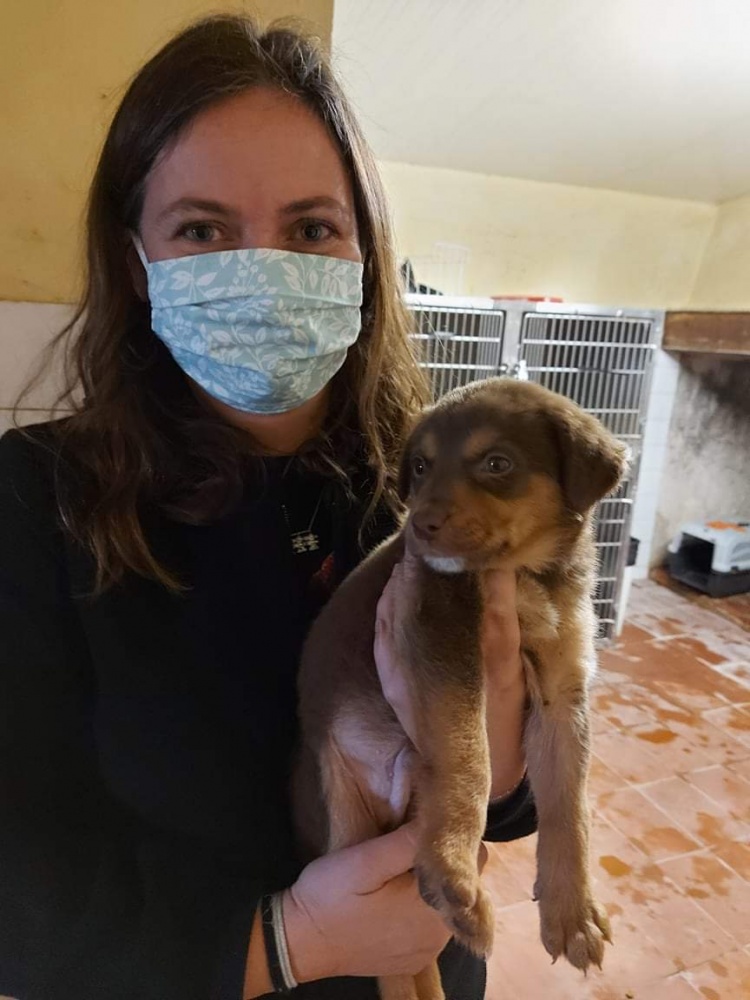 The amount we are raising is intended to cover the expenses of Mogli's 2nd surgery. After the placement of the prosthesis in the left hip was a success and the bigeye is recovering very well, the 2nd surgery will now be scheduled - the placement of prosthesis in the right hip.
The value of €4000 of this campaign aims to cover the cost of the surgery - €3500, as well as helping with additional expenses, such as medication, exams, follow-up appointments and travel.
The surgery will take place at the VetOeiras clinic and the date has not yet been set, but given the progress of Mogli, the clinic expects it to be carried out by September at the latest.
Achieving this amount would undoubtedly be a great support for this entire process (unexpected), which will have a total cost of over €7500.

97 members of the PPL community
support this campaign